The censuses of England and Wales are a fruitful source of information about your family, as well as containing many clues that will help you get further back in time. Original hand-written returns are the primary source; transcriptions are also found.

Quiz Answer Key and Fun Facts
1. According to the original Census Act, UK censuses were to be held when?


Answer: Every ten years starting in 1801

The Census Act of 1800 decreed that a census of England and Wales should be held at ten year intervals starting in 1801.
For the first few censuses, only the number of inhabitants in each place was recorded. In 1841 and later actual names were noted.
2. For which years are useful censuses of England & Wales accessible in the public domain? I.e. those containing the names of the people being counted.

The first available census is that of 1841, although this contains less information than later censuses.
The most recently accessible census is that of 1921, which may be seen free (if you ignore the cost of getting there) at the National Archives at Kew in London, at Manchester Central Library and at the National Library of Wales. It is also available online, at a small cost, from Findmypast.
3. Where can one NOT access the original census returns from 1841 to 1911? The hand-written pages that is, not transcriptions.

The National Archives at Kew has all census returns for England & Wales.
County Record Offices usually hold census returns from 1841 to 1911 for that county, and may have some from adjacent counties. City libraries usually have returns for that city and the surrounding district.
The Ancestry and Findmypast web sites, at the time of writing (March 2022) have the censuses from 1841 to 1911 online. Findmypast also has the 1921 census.

District Register Offices are concerned with Births, Marriages and Deaths, but not censuses.
4. Much useful information was recorded on the census return sheets, but what piece of information was NOT asked for in the censuses from 1841 through 1901?

In the censuses up to 1901, neither race nor religion was asked for.
Marital status was noted from 1851 onwards.
Occupations were noted in all censuses from 1841.
From 1851, the questions 'Blind?', and 'Deaf-and-dumb?' were asked.
In addition, from 1871 the questions 'Imbecile or idiot?', and 'Lunatic?' were asked.
5. When were accurate ages and birthplaces first asked for?

The 1851 census was the first in which people were asked to state their exact age and place of birth.
In 1841 people were only asked 'were you born in this county, y/n?
Also in 1841 ages of adults were rounded down to the next 5 year value, so that an age of 18 was to be entered as 15, an age of 44 as 40, etc. Children under 15 were to have their exact age entered.
6. If a household includes a head, his wife and a child only ten years younger than the mother, and who is described as 'son' or 'daughter', what is the likeliest scenario?


Answer: Father had had an earlier wife who had died

Relationships were to the head of the household, so the 'son' or 'daughter' meant child of the father in this case, not necessarily that of his wife.
While it is possible that an error was made in recording an age, the most likely scenario is that an earlier wife of the father was the mother of the child, and she had died and then the father married his present wife. This was an era when the death of a mother in childbirth was all too common.
The age of the father should indicate whether this scenario is a likely one.
7. I find my great grandfather aged 6 in the 1881 census. (Ahh!) Assuming this age was given accurately, what is the most likely year of his birth?

All censuses were held in the late March or early April of the census years, except for 1841 when it was in early June.
In 1881 it was held on Sunday April 3rd.
Thus the extremes for great grandad's age on census day are:
1: that day, 3 April 1881, was his sixth birthday
2: he was about to be 7 the next day, 4 April 1881
In the first case his birthday would have been 3 April 1875
In the second case it would have been 4 April 1874.
He was therefore born sometime between 4 April 1874 and 3 April 1875.
Assuming an equal chance of his birth being any time in this period, it is far more likely to have been in the April-December 1874 period than the Jan - April 1875 period. About 3 times as likely in fact.
A common mistake by transcribers and indexers is to simply subtract the age from the census year and state that as the year of birth. This would only be correct if the census had been taken on December 31st.
8. I don't know my grandmother's maiden name, as she would be recorded in the census as Elizabeth Jacobs, wife of Thomas Jacobs. Which of the following people recorded in a household that includes grandad as head would give the BEST hint as to granny's maiden name?

The unmarried brother-in-law of the head of the household is his wife's brother, whose surname would be the wife's maiden name.
A married brother-in-law might be the head's sister's husband and no relation of his wife.
The widowed mother-in-law living with them is a good clue, but not foolproof; she might have remarried after her daughter's father died, and her surname would then be her second husband's.
The head's son with a different surname would probably be a son from his wife's previous marriage. Strictly he should be described as 'wife's son', but it was quite common for the father to consider such a child as his own. In any case it has nothing to do with the wife's maiden name.
The married sister is probably the head's sister, but even if she is the wife's sister, the fact that she is married means her surname is not the wife's maiden name.
9. Why in a census transcription, do I sometimes come across an unusually large bunch of people called Doe, or Do?


Answer: Do is short for Ditto, mistaken for a surname

It was common for enumerators to write the surname of the family head in full, but for subsequent family members he would write 'ditto' after the forename. Sometimes this was done with the " sign, but also often with the abbreviation Do, short for Ditto. Some transcribers unaware of this practice, mistook the word Do for a surname.
Doe or Do is quite rare as a surname in England.
Giving an unknown person the temporary name of John Doe is an American practice not seen in England.
10. What was the most common occupation noted for men in the early Victorian censuses (as written on the census)?

In the mid 19th Century, by far the most common occupation for men was agricultural labourer, generally shortened to Ag Lab.
Many people, often Americans, have misread the unfamiliar writing in these census pages, and thought their ancestor was a lawyer, when in fact he was a sawyer. The mistake can easily be realised from the occupations of his neighbours, and the number or absence of servants.
Probably the most common occupation written down was 'scholar' for children up to about 14, but this did not mean they were actually attending school.
Source: Author DaveJacobs 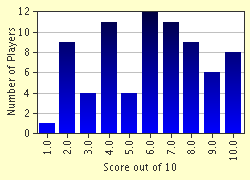