The Church of England parish is the smallest unit of local government in England and has a parish church, whose registers are extremely useful in family history.

Quiz Answer Key and Fun Facts
1. A couple married in 1810, and had children up to 1830, when the father died, all in the same parish. What is the best source for finding the father's occupation?

From the mid 1500's most registers were written in Latin.
Gradually English took over, and in the early 1700s most were in that language. It was not until 1732 that registers HAD to be in English.
3. In an eighteenth century burial register one might see a reference to an 'Affidavit'. This refers to how the body was clothed. What was the rule at that time?


Answer: Woollen wrappings had to be used.

Acts of 1666 and 1678 stated that bodies were not to be buried wrapped in anything but wool. This was to encourage the English wool trade. The practice eventually died out, and the Acts were finally repealed in 1814.
4. Someone says they found this entry transcribed from a parish baptism register: "Jeremiah son of Hezekiah and Keziah Solomon was baptised 11th September 1752" How do I know this was a mistake?


Answer: There was no such date

Biblical names were commonly used, especially if the parents had puritan leanings.
From 1732 entries had to be in English, and most had been long before that.
Although many errors do occur when transcribing, it would be wrong to assume that transcribers always made mistakes in every entry.
1752 was the year that England adopted the Gregorian calendar used by most of Europe. England had previously used the inaccurate Julian calendar which was now 11 days behind the Gregorian.
To catch up, eleven days had to be omitted from the English calendar.
So it came about that in 1752, dates in England went from 2nd September directly to 14th September, with no intervening dates. Thus from Sept 14 1752 the same dating system was used all over Europe.
5. My correspondent also found these transcriptions taken from the same baptism register: John son of John and Jane Doe baptised 21st March 1741 Jane daughter of John and Jane Doe baptised 1st April 1741. There is no other Doe family in the parish, so what is most likely to be going on here?


Answer: Nothing out of the ordinary

Before the calendar change of 1752, apart from English dates being out of sync with continental dates, the English year was defined as starting on Lady Day, March 25th. Thus the day after December 31st 1741 was January 1st 1741, and so on up to March 24th 1741. The next day was March 25th 1742.
In our example, Jane was baptised first on April 1st 1741. Nearly a year later her brother John was baptised on March 20th 1741. Quite ordinary.
One or other might indeed have been baptised very soon after birth, but unless we know the actual dates of birth from some other source there is no way of telling.
Of course girls were just as important as boys! Who would do the housework otherwise?
6. In relation to parish registers, what are Bishops' Transcripts?


Answer: Copies of register entries sent annually to the Bishop

From Tudor times, every year, usually at Easter, the parish incumbent, or the parish clerk, had to make a copy of all the register entries for the preceding year. These copies, called transcripts, were sent to the Bishop, and so belong in the Diocesan archives rather than being kept in the parish records. All that survive are now in the relevant County Record Office. They can be useful backups when the original parish registers have been lost.
7. I found a family in the 1851 census where the father, the mother and all the children were apparently born in different parishes. Where would you look first for the parents' marriage?


Answer: The mother's parish of birth

This sort of thing was not unusual for the families of labourers, who moved from place to place in a desperate search for work.
However, the best bet is to look in the parish where the mother was born, as it was conventional for the bride to be married in her home parish. Of course, if her family had settled elsewhere after her birth you could be stuck.
Where they would live after the marriage is where the father managed to find work.
8. What happened to parish marriage registers when civil registration was started in 1837?


Answer: The design was changed to that of the new civil certificates

When civil registration began in July 1837, the design of parish marriage registers was drastically changed to match that used for civil registration. The old books were discontinued and new ones came into use.
Information was added that was not in the old marriage registers: age of bride and groom, their occupations, addresses, and their fathers' names and occupations.
In addition the information in the earlier type of register was retained, namely marital status and the names of at least two witnesses.
9. For marriages after July 1837, what reasons would there be for obtaining a photocopy from the parish marriage register - assuming you can locate the church where the marriage took place - rather than buying an official copy of the civil marriage certificate?


Answer: The parish register copy is both cheaper and more accurate

The copy of the entry in the original parish marriage register would be signed by the individuals involved - the bride and groom, the witnesses and the officiating minister. This might be the only chance to see your ancestors autograph. During the ceremony or shortly after, a copy was made by the local Registrar - all in his own handwriting - and conveyed to the District Registrar's Office.
In turn, each quarter, copies of all the marriages in the district were sent to the General Register Office, where indexes were made covering the whole of England and Wales.
If you get a photocopy from the parish register you see what the original was like.
If you buy a copy from the District Registrar you get a copy, and if from the central GRO you get a copy of a copy. Copies were all by hand.
In addition a photocopy probably costs less than one pound, while an official Certificate costs seven pounds (as of February 2006).
In 1837 it became legal to marry in a Register Office, as well as in a church of any denomination. If the marriage you seek was in a Register Office you have no choice but to buy a Certificate, and if in a nonconformist church you may not be able to locate its registers.
10. What happened to parish baptism and burial registers after civil registration started in 1837?


Answer: Nothing, they just continued as before

Both baptism and burial registers continued unchanged, and retain the same format to the present day.
In some cases the baptising minister might add the birth date, but this was uncommon, as there is no column defined for this data. It might be done for example if the person being baptised was not an infant.
Burial registers did not include the date of death, and still do not. However it is a pretty good bet that the death was only a few days before the burial.
Source: Author DaveJacobs 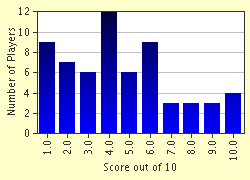