A quiz about sauces and the techniques used in preparing them.

Quiz Answer Key and Fun Facts
1. In classic French cooking there are five "mother sauces". Which is NOT one of them?

Many sauces are derived from these "mother sauces". For instance, if you would add cheese to a Bťchamel sauce it would be called a Mornay sauce.
2. Italian and Mexican cooking both use this sauce, "salsa verde". What does the name mean?

The salsa verde that is used in Italian cooking is green from parsley, whereas the Mexican version is green from tomatillos.
3. Tzatziki is a great yogurt based sauce. Which vegetable is the main ingredient used in its preparation?

This sauce is typically known for being Greek, but other cultures have similar versions as well.
4. What is the name for a cook who makes sauces?

A saucier is in charge of sauces and sautťed items. A sommelier is a wine steward. If you were to dine out he would help you decide which wine would go best with the meal you ordered. A sous chef is the assistant of the head chef.
5. This sauce is fermented then brewed. It's made with soybeans and it also contains roasted grains, water and salt.

Real soy sauce has only the above listed ingredients. At take-away and delivery food establishments they will sometimes give you what is supposed to be soy sauce, but instead only looks like it, made with caramel coloring. When you buy it, read the label, make sure you get the real stuff.
6. Chimichurri is a Argentinean sauce made from which of the following ingredients?

Chimichurri is a great marinade for grilled meat. It's often used on steaks, but it works well too with chicken. You can add lemon or vinegar for a zestier touch. Try it!
7. Tabasco sauce is made from tabasco peppers. Where is the sauce of the Tabasco brand made?

Avery Island is home to the Tabasco factory as well as a bird sanctuary. Edward Avery McIlhenny, the creator of the Tabasco branded sauce, created the sanctuary after hunters killed of thousands of snowy white egrets, using the plumage for ladies hats.
One of the worlds largest salt mines is located on Avery Island as well. American Indians extracted salt from the area before the Avery family laid claim to it.
8. This wonderful bottled sauce has a few different stories, but the most prevalent is that two men made this sauce and it was so horrible that they stuck it in their basement giving up on it. A few years later they tried it again and loved it. Which sauce is this?

Never throw out that stuff on the bottom. When meat browns it creates many new flavors, known as the Maillard reaction. It has tons of flavor that you could make a lovely sauce with.
10. After sautťing some meat in my pan, there are brown bits left on the bottom of my pan. What are the brown bits called?

I am quite fond of it! Actually, scum is a cooking term as well. If you have ever made chicken stock, it's the stuff that floats to the top of the pot when it comes to a boil. Of course, you remove it.
Source: Author fredfrank 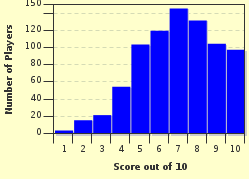 Related Quizzes
1. Let's Bake Our Way Across the US! Easier
2. The Author's Kitchen - International Baking Style Easier
3. Back To Baking/Cooking Basics Very Easy
4. What am I Cooking? Average
5. Baking the Grade Easier
6. Now That's What I Call a Saucepan! Average
7. Help in the Kitchen Easier
8. What's That? Average
9. Truth Is In the Pudding Very Easy
10. Free From Average
11. The Chemistry of Cookery Average
12. My Baking Spree Average


Other Destinations
Explore Other Quizzes by fredfrank