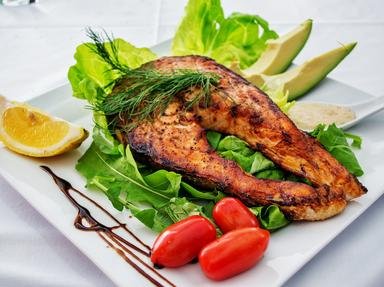 I hope you enjoy this turkey quiz- have fun.

Quiz Answer Key and Fun Facts
1. Which dish was not on the first Thanksgiving menu at Plymouth in 1621?

Boiled Pumpkin was on the menu, but there was no molasses available for preparing Pumpkin Pie.
2. The Plymouth cooks--Mistresses Mary Brewster, Elizabeth Hopkins, Susannah Winslow, and Good wife Eleanor Billington--had to roast turkeys, partridges, and trimmings for how many guests?

Only Chief Massasoit and a few other Indians were invited, but 91 showed up, sending the women back to the ovens to accommodate the surprise guests.
3. Why is Thanksgiving on a Thursday?


Answer: Thursday was sermon day in Boston, so everyone was already praying

Ministers already offered sermons at religious meetings on Thursdays.
4. Historically, the Turkey graced the head of the Thanksgiving table or groaning board, but for the traditional New England holiday feast, which dish was always placed center stage?

The huge chicken pie centerpiece is described in scintillating detail in many accounts of THANKSGIVING feasts.
5. Which states produce the most turkeys?

Considering we consume 583 million pounds on THANKSGIVING DAY, we need all we can produce.
6. When American history was being made, turkey was there! This bird was?


Answer: The first meal eaten on the moon

Neil Armstrong and Edwin 'Buzz' Aldrin ripped open their foil packets and gobbled up a momentuous lunar feast.
7. Which of the following 'first kids' kept a turkey as a pet?

Tad squawled when his pet was eyeballed as a candidate for thanksgiving, but Abe soothed Tad's tears by issuing a presidential pardon.
8. In 1930 Americans ate 1.5 pounds of turkey per capita annually. In 1960 it was up to 6.1 pounds. What was 1996?

The bird seems to increase in popularity every year.
9. How heavy does a turkey need to be to approach the world record?

The name is deceiving, because plum pudding is actually a rice pudding cake containing raisins and currents, but not one plum.
Source: Author puppgirl 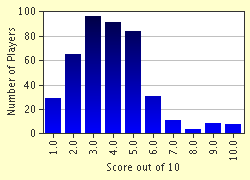 
Other Destinations
Explore Other Quizzes by puppgirl