Hi there, this is my first quiz, and what better subject to start with than Bob himself! Hope you enjoy it!

Bob was born Robert Allen Zimmerman, but later changed his surname to Dylan, possibly after the late poet Dylan Thomas.
2. When Bob attended the University of Minnesota, what was the name of the coffee bar where he and his friends spent a great deal of their time?

This is also where Bob met his second serious girlfriend, Bonnie Beecher.
3. When was Bob's first commercial release?

It was of course 1962, when Bob's debut, entitled simply "Bob Dylan" was released.
4. An early album was "Another Side Of Bob Dylan". In one of the songs on this album, Bob refers to someone as a "parasite". Who is it?

Carla Rotolo was Suzie Rotolo's older sister, and did not agree with the relationship between Bob and her sister.
5. From a song on "Bringing It All Back Home", who is "mixing up the medicine"?

The answer is Johnny, from the song "Subterranean Homesick Blues".
6. Which was the first album Bob recorded in Nashville, Tennessee?

Recorded in 1966, "Blonde On Blonde" was also the first double album Bob recorded.
7. Whilst recording "The Basement Tapes", who co-wrote "This Wheel's On Fire" with Bob?

"The Basement Tapes" were recorded in the mid sixties, with Bob and The Band, then known as The Hawks.
8. Who was Bob's second wife?

Sara Lownds was Bob's first wife, but they split in 1977. Bob married Carolyn Dennis in 1986, however they have since divorced.
9. When did the Never-Ending Tour begin?

Bob once said this to a journalist in an early interview. Thanks for taking my Bob quiz, hope you enjoyed it!
Source: Author killingmoon 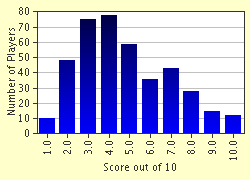 
Other Destinations
Explore Other Quizzes by killingmoon