This quiz puts Dylan's songs in context. Use clues about meaning and subject matter to identify 14 different songs.

Quiz Answer Key and Fun Facts
1. When asked by a reporter what his songs were about, Bob Dylan famously replied:


Answer: Some of my songs are about four minutes, some are about five minutes

Famous for his wisecracks, Dylan delivered this line, concluding, "and some, believe it or not, are about 11 or 12." (See http://slate.msn.com/id/1855/)
2. Who is the Neighborhood Bully in Dylan's song by the same name?

This bitterly voiced song defends Israel against those who accused the country of being a "neighborhood bully" when it fought back against threats to its nationhood. "The neighborhood bully," sings Dylan, "just lives to survive, /He's criticized and condemned for being alive. /He's not supposed to fight back, he's supposed to have thick skin, /He's supposed to lay down and die when his door is kicked in."
3. Dylan stayed up for days in a hotel room in order to write this song for his wife.

We know this because of a line in the song "Sara": "I'd taken the cure / And had just gotten through /Stayin' up for days / In the Chelsea Hotel /Writin' 'Sad-Eyed Lady /Of the Lowlands' for you."
4. Oscar Wilde once said, "I'm not young enough to know everything." Dylan certainly seemed to understand this satirical statement at a young age, because he wrote this song, which renounced the immature idealism of his protest phase.


Answer: My Back Pages

Dylan sings of how he used to see things in black and white and react to perceived injustice with overweening self-confidence. "Ah, but I was so much older then," he sings, "I'm younger than that now." This chorus emphasizes the fact that when we are young, we think we know everything, but as we mature, we in a sense actually grow "younger" and realize the limits of our youthful idealism; we also begin to see the complexity of moral issues.
5. Dylan probably wrote this song about the rejection he experienced when he moved from folk to rock.


Answer: Most Likely You'll Go Your Way and I'll Go Mine

Dylan was booed when he went electric, and many of his fans in the folk world felt betrayed. Some said he would never last in the rock world. In this song, Dylan sings: "Then time will tell just who fell /And who's been left behind, /When you go your way and I go mine." Well, time did tell. Decades later, Dylan was still putting out great music.
6. This song eventually helped to free a wrongfully imprisoned boxer.

The song tells the story of Rubin "Hurricane" Carter, who was imprisoned for a murder Dylan believed he did not commit. Carter was set free in 1986, 11 years after Dylan championed his cause with this song. "The Boxer" is by Simon and Garfunkel, although Dylan did do a cover of it on "Self Portrait."
7. Many people believe that the "Mr. Jones" of this song is a caricature of a journalist.


Answer: Ballad of a Thin Man

There are many elements of the song that lead people to believe that Dylan is lashing out at the media, which he felt hounded and misunderstood him. "You walk into the room /With your pencil in your hand," begins the song, drawing what could easily be the picture of a reporter.

But this reporter doesn't really know what's going on: "You try so hard / But you don't understand /Just what you'll say /When you get home."
8. This song is about both doubting and trusting God, about moments of revelation and moments of isolation, about an understanding that God, as the Bible says, numbers every hair on our heads.


Answer: Every Grain of Sand

The Bible says that "the very hairs of your head are all numbered" and that "one sparrow shall not fall on the ground without your Father" (Matthew 10:28-30). Dylan picks up on these allusions in "Every Grain of Sand", which speaks of a quiet trust in God's plan, even when He seems absent: "Then onward in my journey," sings Dylan, "I come to understand /That every hair is numbered like every grain of sand."
9. This song about the possibility of future annihilation is associated with the backdrop of the Cuban Missile Crisis.

Michael Fray, in his "Song and Dance Man III", describes the song thus: "We have the start of many stories here, never to be finished, and in the very fact of this arrested promise an accurate rendering of the meaning of that awful apocalypse that may await us."
10. This song, which is deceptively upbeat in tune, depicts a Civil Rights march in the South.

The words contrast sharply with their upbeat treatment, creating a satirical comment: "He went down to Oxford Town / Guns and clubs followed him down /All because his face was brown /Better get away from Oxford Town."
11. This song was about the murder of Civil Rights leader Medgar Evers.


Answer: Only A Pawn in Their Game

Although an actual individual shot Medgar Evers, sings Dylan, he was manipulated by the politicians who use racial hatred for their own gain: "But he can't be blamed /He's only a pawn in their game."
12. This song anticipates the second coming of Jesus Christ.

Christ's coming is compared to a slow but unstoppable train, which is always "comin' up around the bend." Against the backdrop of this impending judgment, Dylan describes the fallen world.
13. This song was based on the true story of a rich man who murdered his black servant and received only a six-month sentence.

Dylan's song has a constant refrain; after each insult to justice, including the murder, Dylan tells the audience that it is not yet time to cry. But when William Zanzinger is given but a six-month sentence for his crime, Dylan concludes, "You who philosophize, disgrace, and criticize all fears, / Bury the rag deep in your face; /Now's the time for your tears." Robert Chapman has written of Bob Dylan, "In the early sixties, he was a driving force in rallying much of America to an awareness of the struggle of blacks for equality in our society." (http://www.edlis.org/twice/threads/why_he_matters.html)
14. This song makes fun of an anti-communist group.

The John Birch Society was, according to its website, founded to "expose and rout those forces working to enslave mankind" (http://www.jbs.org/visitor/about/). Dylan mocks the Society's over-exuberance in his song. Bob Dylan was planning to sing this song on the Ed Sullivan show, but the network feared it might give offense and asked him to choose another song.

He wouldn't, and he was consequently one of the few major performers never to appear on the show.
15. This song uses a common metaphor for Jesus Christ, and it is to this that Dylan says he is clinging.

Christ is the solid rock "made before the foundation of the world", and Dylan sings he is "hangin' on", that he "can't let go" and "won't let go."
Source: Author skylarb 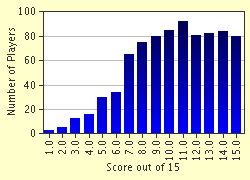