Quiz Answer Key and Fun Facts
1. One of Bob's major influences was Woody Guthrie. What album included a song entitled "Song to Woody"?

Bob based the melody of his song on Guthrie's "1913 Massacre". Dylan also makes nods to such musical icons as Ledbelly and Cisco Houston. Dylan performed the song at the "30th Anniversary Concert", which Neil Young dubbed as "Bobfest". Unfortunately due to technical issues the recording was unusable for commercial release.
2. Bob was contracted to contribute a song to the movie "Midnight Cowboy", but by the time the movie came out Dylan had missed his deadline. He did end up writing the song, however, which was "Lay, Lady, Lay". What's the album?

During the "Nashville Skyline" sessions, Dylan recorded a very large number of duets with Johnny Cash. The duets are rough and haggard, and have been frequently bootleg. The famous "Is it rolling, Bob" line from "To Be Alone With You" is Dylan talking to his producer, Bob Johnston.
3. One of Bob's most famous songs, what album bears the distinction of having "Blowin' in the Wind" as its lead track?

First published in 1962, a young high school student named Lorre Wyatt learned about the song and claimed it has his own. To his great surprise the song came out a year later on an official album and made great cultural impact.

Dylan originally wrote the song with the first and third version only and performed the song live. Then about two weeks after its initial composition he added the middle verse.
4. What album opens with the phenomenal "Tangled Up In Blue"?


Answer: Blood on the Tracks

Dylan recorded "Blood on the Tracks" in 1974 in New York. He was going to release the album, and the production process even got so far as official acetates being pressed. He then decided he was unhappy with some of the songs, and went to Minneapolis and rerecorded half the album.
5. In 1968, The Band would release their album "Music From Big Pink". The album featured some new Dylan songs, including "Tears of Rage". We had to wait several years before we got to hear Dylan's version (officially, anyway). What's the album?

"The Basement Tapes" is a partial release of the famed basement sessions recording during 1967. Strangely enough, two of the bigger songs recording during those sessions, "Quinn the Eskimo" and "I Shall Be Released" would NOT be released on the 1975 album. "The Basement Tapes" version of "Quinn The Eskimo" would appear in 1985 on the three disk box set "Biograph", and "I Shall Be Released" on "The Bootleg Series Vol 1-3".
6. What album does "All Along the Watchtower" appear on?

The song appeared in December 1967 on the album "John Wesley Harding". Two years later Hendrix released his cover on "Electric Lady Land". After Dylan heard Hendrix's version, Dylan played the song as Hendrix played it, rather than the way it was originally written. Dylan has performed this song live more than any other in his career, even more so than "Like a Rolling Stone." A wide variety of people have covered the track.
7. One of Dylan's most highly regarded songs of his later career, what album was the song "Mississippi" originally recorded for, but did not appear on?


Answer: Time Out of Mind

Dylan recorded "Mississippi" for the 1997 album "Time Out of Mind", but was dissatisfied with the results, completely disagreeing with the direction Daniel Lanois, the album's producer, wanted to take the song. Sheryl Crow released the song on her 1998 album "Globe Sessions". In 2001, Dylan recorded the song for his phenomenal "Love and Theft" album.
8. What album does "Knocking on Heaven's Door" appear on?

The soundtrack to Sam Peckinpah's film is features six instrumental songs, three different takes of the song "Billy", and one of Dylan's most enduring compositions "Knocking on Heaven's Door". Dylan also played a minor character named Amos in the film.
9. What album was originally going to be titled "Ceremonies of the Horsemen"?

Dylan took the title "Ceremonies of the Horseman" from his 1965 song "Love Minus Zero/No Limit". He later decided to go with "Plant Waves". The album was Dylan's first number one record. He recorded the album with The Band, and went on his first major tour in eight years which resulted in the concert album "Before the Flood".
10. Arguably Bob's most famous song, what album does "Like a Rolling Stone" appear on?

Rolling Stone Magazine voted the song its number one song in its Top 500 Songs of all time list. Originally over twenty pages long, Dylan condensed the song to a few verses. Greil Marcus wrote an entire book about the song.

The song was Dylan's most successful Billboard Top 100 single, charting at Number Two. Dylan has never had a Number One Hit on the Billboard Top 100. "Lay, Lady, Lay" was his last Top Ten hit, which charted in 1969.

Originally the song was conceived as a waltz. Famously, Al Kooper, who had never played organ, improvised the organ riff which is a very identifiable part of the song. When they were listening to the playback during the original sessions, Dylan was so happy with Kooper's playing he insisted the organ be lifted up in the mix.

The track has been covered by numerous other artists, including The Rolling Stones in 1995 on a live album "Stripped" and Jimi Hendrix.

The song is also rather famous for being six minutes long and garnering significant radio play, at a time when most songs were two to three minutes at most. The song challenged the commercial format, paving the way for longer songs and also album oriented radio to come into being fruition.

Dylan said this regarding the song:

"It was ten pages long. It wasn't called anything, just a rhythm thing on paper all about my steady hatred directed at some point that was honest. In the end it wasn't hatred, it was telling someone something they didn't know, telling them they were lucky. Revenge, that's a better word. I had never thought of it as a song, until one day I was at the piano, and on the paper it was singing, 'How does it feel?' in a slow motion pace, in the utmost of slow motion."

Bruce Springsteen said the following, when inducting Dylan in the Rock and Roll Hall of Fame in 1988: "The first time I heard Bob Dylan, I was in the car with my mother listening to WMCA, and on came that snare shot that sounded like somebody'd kicked open the door to your mind ... The way that Elvis freed your body, Dylan freed your mind, and showed us that because the music was physical did not mean it was anti-intellect. He had the vision and talent to make a pop song so that it contained the whole world. He invented a new way a pop singer could sound, broke through the limitations of what a recording could achieve, and he changed the face of rock'n'roll for ever and ever "

Paul McCartney had the following statement: ""It seemed to go on and on forever. It was just beautiful ... He showed all of us that it was possible to go a little further."

Frank Zappa was actually depressed by the recording. He said: "When I heard 'Like a Rolling Stone', I wanted to quit the music business, because I felt: 'If this wins and it does what it's supposed to do, I don't need to do anything else ... ' But it didn't do anything. It sold but nobody responded to it in the way that they should have."

Elvis Costella said in 2003 ""What a shocking thing to live in a world where there was Manfred Mann and the Supremes and Engelbert Humperdinck and here comes 'Like a Rolling Stone'"."


Paul Rothchild, The Doors' producer, said "What I realized when I was sitting there is that one of US-one of the so-called Village hipsters-was making music that could compete with THEM-the Beatles, and the Stones, and the Dave Clark Five-without sacrificing any of the integrity of folk music or the power of rock'n'roll."
Source: Author berenlazarus 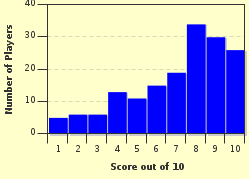