Back in my younger days I was part of a great country music group called The Beer Bellys. When our first and only single charted - "I Ah Tractor" - we went on tour with some very talented artists. Can you guess who we toured with?

Quiz Answer Key and Fun Facts
1. Back in 1971, The Beer Bellys were on tour with a fine country singer who had a hit in 1966 with "Just Between You and Me", and in 1969 with "All I Have to Offer You Is Me". But what became his biggest hit and signature tune was 1971's "Kiss an Angel Good Mornin'". Do you know which artist we were touring with?

Although his original intent was to become a professional baseball player, 'Country' Charley Pride had a passion for music his entire life. While he did have a brief career as a ballplayer, he found fame and satisfaction in the country music arena. During his first years in the business, that arena was mainly populated by white performers.

As a caution against racial prejudice, Pride's manager kept listeners from discovering Pride's ethnicity. By 1967, however, his success placed him clearly in the public eye. And, that year saw him become just the second black performer of the Grand Ole Opry. In 2008, Pride and 29 other Negro League players were honored by being drafted into Major League baseball teams.
2. The Beer Bellys once toured with a truly hard-drinking, fighting and loving country star. We felt lucky when he actually performed with us, because his exploits earned him the nickname 'No Show'. Do you know the name of the man who recorded 1980's "He Stopped Loving Her Today"?

Born in Texas in 1931, George Jones' musical career began when he was quite young - he became a street performer at the age of nine, playing a guitar and singing for money. After a stint in the military, his music career was a rapid success, with his first number one hit 1959's "White Lightning".

He had a reputation for a volatile personality, and a propensity for overindulging in alcohol. His excesses affected his performances to the point that he earned the nickname "No Show Jones".
3. While touring with The Beer Bellys I got to meet one of country music's biggest stars. He has had a lot of hit songs, but during our show he sang 1969's "Okie from Muskogee", 1973's "Everybody's Had the Blues" and 1974's "Kentucky Gambler". Do you know what star took those songs to the top of the country charts?

As a youngster, Merle Haggard had several troubled years - years of truancy, theft, fighting and larceny. In 1957, at the age of 20, a robbery charge sent him to prison for three years. During that time, he decided to change his life, and his future, and upon his release he left behind his delinquent actions.

He has won a number of awards, and his music has been featured in the soundtracks of several movies.
4. The Beer Bellys toured in 1967 with a female country singer who had a hit in 1949 singing "Jukebox Blues" with Homer and Jethro, but the highlight of the 1967 tour was a surprise. Another country star showed up, and the two of them wowed us with a performance of "Jackson" and "Long Legged Guitar Pickin' Man". Not much later, the two stars married. Do you know who this country lady-star was?

Born Valerie June Carter in 1929, June Carter Cash began her musical career at the age of ten, performing as part of the Carter Family. In addition to being a talented singer and songwriter, she was also an accomplished musician, dancer and actress. She won several Grammy awards, both for her own performances and those with her husband, Johnny Cash.
Homer and Jethro (Henry D. Haynes and Kenneth C. Burns) had a successful career in the country music industry - with more than twenty years of entertaining and recording.
5. The Beer Bellys toured with some amazing country singers, but there was one woman who recorded a lot of songs about adultery, drinking, childbirth and other topics that we could relate to. We were lucky enough to be her back-up when she sang her 1967 hit "Don't Come Home A' Drinkin' (With Lovin' on Your Mind)". Do you know her name?

She also has a star on the Hollywood Walk of Fame - and in 1977, she was the first female country star to win that honor. A few of her best known songs are 1970's "Coal Miner's Daughter", 1977's "Out of My Head and Back in My Bed" and 1985's "Heart Don't Do This to Me". Due to her somewhat controversial (for the times) views and opinions, she often earned harsh criticism, and more than a few of her songs were banned by country music radio stations.
6. When The Beer Bellys toured with one of the most influential country artists of all time, we felt lucky to hear him sing a couple of his best songs. He performed 1949's "My Bucket's Got a Hole in It" and 1951's "Cold, Cold Heart". Do you know who impressed us so much?

Hank Williams was born Hiram King Williams in 1923, in Alabama. As a child growing up during the Great Depression, he helped out his mother (his father was hospitalized for most of Hank's childhood) by doing various simple jobs. While the family moved around a fair bit, his mother ran a couple different boarding houses, and it was at one of these, in Georgianna, Alabama, where Hank Williams met a man who would influence his future career.

A street performer named Rufus "Tee-Tot" Payne gave Hank lessons in exchange for money - or meals. Before his death at the age of 29, Hank Williams recorded a number of hits, including 1947's "Move It On Over", 1948's "Lovesick Blues" and 1951's "Hey Good Lookin'".
7. The Beer Bellys had one television appearance on a country star's own variety show. The star sang his 1961 hit, "Big Bad John", which had us all tapping our toes! While he might be better remembered for a reason other than music, do you know which star it was?

While many might know Jimmy Dean as a sausage manufacturer (a company founded by Jimmy and his brother Don), he was also a talented country singer, television host and actor. He hosted a variety show titled "The Jimmy Dean Show" from 1963 - 1966, which featured a number of country performers, including George Jones, Roger Miller and Buck Owens. And, some non-country music people, including the puppeteer Jim Henson.
Besides "Big Bad John", Jimmy Dean's best known songs include 1962's "PT-109" and 1965's "The First Thing Ev'ry Morning (And the Last Thing Ev'ry Night)".
Jimmy Dean died in 2010, and was interred in a piano-shaped mausoleum.
8. The Beer Bellys toured with a lot of different country artists, including a talented man who gave up the rodeo to pursue a music career. During our tour he sang a few of his earliest hits, including 1974's "I Just Started Hatin' Cheatin' Songs Today" and "It Was Always So Easy To Find An Unhappy Woman (Till I Started Looking For Mine)" and 1975's "Don't Anyone Make Love at Home Anymore". Do you know this country star's name?

Moe Bandy was born Marion Franklin Bandy, Jr in 1944. His father was part of a country band, and wanted his son to pursue a music career, but Moe was captivated by the rodeo. At the age of 18, after a few years of bull-riding and bronco-busting, Moe decided his father's suggestion was the less painful idea, and he formed a band called Moe and the Mavericks. In 1973 he left the group, and in 1979 he had his first number one (solo) hit - "I Cheated Me Right Out of You". Also in 1979, Bandy started recording with Joe Stampley, and they had a hit with "Just Good Ol' Boys". They went on to perform and record together, and were often referred to simply as Moe and Joe.
In 2007, Moe and his brother Mike were inducted into the Texas Rodeo Cowboy Hall of Fame.
9. While touring, The Beer Bellys had a few different surprises, not just with stage sets or audience reactions, but also sometimes with the other stars. In 1972, we had such a surprise - we were touring with a 13 year old who stunned everyone with her powerful performance of "Delta Dawn". Can you guess who that young singer was?

Tanya Tucker has had a a few ups and downs during her career, but her talent has never come into question. She has won numerous awards, and been nominated for a number of Grammys. Her first hit, 1972's "Delta Dawn" reached number six on the US country charts, and she has had several number one hits, including 1973's "Blood Red and Goin' Down" and 1988's "If It Don't Come Easy".

In addition to her singing, she is a songwriter, actress, television personality and author.
10. A music tour can get to be a bit routine, so when The Beer Bellys toured with a country singer who was also an actor, things were a bit more lively. Besides regaling us with tales about the 1977 film "Smokey and the Bandit", he had us humming along to his 1971 hit "When You're Hot, You're Hot". Can you guess who this talented man is?

In addition to being a country singer, Jerry Reed plays the guitar, writes songs and has acted in a number of movies. While his childhood was quite unsettled, he was determined to be a musician from a very young age. At 18, he was recognized as a talent, and signed to a contract for his first record. 1970's "Amos Moses". 1973's "Lord, Mr. Ford" and 1977's "East Bound and Down" are just a few of his hits. During his career he worked with several other artists, including Elvis Presley, Chet Atkins, Waylon Jennings and Mel Tillis. And, he is one of a very select few to earn the title Certified Guitar Player, an award created by Chet Atkins.
Source: Author beergirllaura 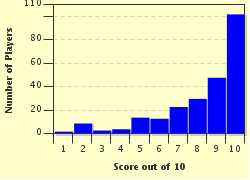