Classic Country Music has had many brilliant songs and artists over the years. This quiz is to test your knowledge on the content of some of the most popular songs in country music and the artists that performed these songs.

Quiz Answer Key and Fun Facts
1. Me and Bobby McGee were "busted flat in"?

"Me and Bobby McGee", written by Kris Kristoferson, had the opening lines "Busted flat in Baton Rouge, waiting for a train". Incidentally, this song was Janis Joplin's only Number One hits, reaching the top of the charts one month after her death.
2. Johnny Cash sang a song about a Native American who joined the Marines during World War II, and was one of the soldiers who raised the flag at Iwo Jima. What was that Marine's name?

Ira Hayes was a Pima Indian who fought with the American Marines during World War II. He helped raise the Stars and Stripes on the Pacific Island of Iwo Jima. He was then shipped back to the USA where he was regarded as a hero, was wined and dined, and travelled the country helping to sell war bonds.

But very soon after he was forgotten, returned to his homeand started drinking heavily. He was found drowned is a ditch on his Reservation. Johnny Cash told Ira's story in "The Ballad of Ira Hayes".
3. Which Country superstar is missing from the following? Johnny Cash, Willie Nelson, Kris Kristofferson and __________?

Waylon Jennings. Waylon and the other three superstars formed the Country Super Group "The Highwayman" in 1985 with the hits "Highwayman" and "Desperados Waiting for a Train" contained in their first album.
4. Billy Ray Cyrus sang "Where am I going to live when I get _________?

From Billy Ray Cyrus' hit "Where am I Going to Live When I Get Home?"
5. Where did Marty Robbins find his true love Felina?

Marty Robbins found his true love in the "West Texas town of El Paso". "El Paso" was one of his famous Gunfighter ballads.
6. In the Johnny Cash song, what did Bill's mother tell him not to take to town?

"Take this Job and Shove it" was a big hit for Johnny Paycheck which earned him a reputation (deservedly so) as a rebel.
8. C. W. Mcall had a huge hit with "Convoy" which was made into a successful film starring Kris Kristofferson. What was Kristofferson's CB name?

The very start of the song gives the answer "Uh, Breaker One-Nine, this here's the Rubber Duck".
9. Fill in the blank "What made ________ famous has made a loser out of me"

Milwaukee has been named "The Beer Capital of the World". Apart from the fact that some of the most famous American beers are brewed in Milwaukee, it was the massive shipments of Schlitz beer to Chicago straight after the great fire in 1871 that coined the phrase "The beer that made Milwaukee famous". Hence the title of this classic song.
10. Which famous Superstar started his singing career with The New Christy Minstrels and then went on to form The First Edition?

Kenny Rogers started his career with The New Christy Minstrels in 1966 but then went on to form Kenny Rogers and the First Edition in 1967.
Source: Author Big-Al1st 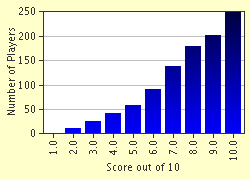 
Other Destinations
Explore Other Quizzes by Big-Al1st