Here are some questions about the 'King Of Rock and Roll'. See how many you know. It may be real easy for diehard Elvis fans. Good Luck!

Cornelius van Kuijk is better known as 'Colonel' Tom Parker. He changed his name after he fled to the U.S.
2. How much did RCA pay Sun records for Elvis Presley's contract?

RCA paid Sam Phillips $35,000 plus a $5,000 bonus to Elvis. Sam Phillips needed the money to promote his other singers.
3. What famous rock star once snuck on the grounds of Graceland in an unsuccessful attempt to meet Elvis?

This happened in 1976. The Boss once said 'anybody who sees Elvis Presley and doesn't want to be like Elvis, has got to have something wrong with him'.
4. What color was Elvis' first Cadillac before he bought it and painted it pink?

Elvis loved to give Cadillacs away to his body guards and perfect strangers.
5. What Elvis song was based on the Italian folk song 'O Sole Mio'?

'It's Now or Never' was No. 1 for 5 weeks.
6. What show did Elvis make his television debut singing 'Heartbreak Hotel'?

The 'On Stage Show' as hosted by Tommy and Jimmy Dorsey. Elvis did not appear on Ed Sullivan until later in the year.
7. What jailbird was playing sax in the song 'Jailhouse Rock'?

Little Joe was blowing on the slide trombone. No.47 said to No.3 you're the cutest jailbird I ever did see.
8. What High school did Elvis attend in Memphis?

Humes High School was where he met Red West who would later become one of the Memphis Mafia.
9. How many No. 1 hits did Elvis have on the American Pop charts?

'Suspicious Minds' was No. 1 in the Fall of 1969.
11. Where did Elvis have his first live concert after an eight year hiatus?

This was a record for many years.
13. What movie was the song 'Return To Sender' from?

Elvis would have been 67 years old as of this year (2002). Elvis had a twin brother Jesse Garon who was stillborn.
16. What day did Elvis die?

A sad day for Rock and Roll.
17. What company did Elvis drive a truck for before he became famous?

Elvis worked at Precision Tool Company for a short time after High school. He was also a movie usher.
18. What was Elvis' first No. 1 song in Great Britian?

'King Creole' was the first Elvis movie shot on location.
20. What song from the NBC '68 Comeback Special' was specifically written for the show?


Answer: If I Can Dream

'If I Can Dream' was written by Earl Brown for the closing song. It peaked at No. 12 on the charts in 1969.
21. A real easy one! What is Elvis and Priscilla's daughter named?

Many people mistakenly believe that it was choreographed by Elvis himself.
Source: Author musicworks 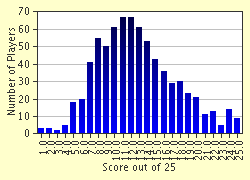 
Other Destinations
Explore Other Quizzes by musicworks