Quiz Answer Key and Fun Facts
1. When was Elvis born?

Elvis was born on January 8, 1935 in Tupelo, Mississippi.
2. What was the name of Elvis' twin brother who died at birth?

Jesse Garon is buried in Tupelo. Elvis, Gladys, Vernon, and Elvis' grandmother, Minnie Mae Presley are buried at Graceland.
3. At what recording studio did Elvis make 'That's All Right Mama'?

Sun Records was in Memphis, TN.
4. Who played guitar on Elvis's record 'That's All Right Mama'?

Scotty Moore and Bill Black were the two band members when Elvis recorded 'That's All Right Mama'.
5. What year was Elvis drafted into the Army?

When Elvis received his draft papers in 1957, there was talk of him possibly going into the Special Services so he could still perform, but Colonal Parker and RCA thought Elvis would be respected as a man if he went in the Army as a buck private. Gladys really didn't want Elvis to go in the Army and when she heard he was being sent to Germany, resorted to drinking again, which damaged her already bad liver.

In Gladys' mind Germany still represented danger, even though it was peacetimes when Elvis was being sent there.
6. What year was Elvis discharged from the army?

Elvis was discharged from the Army in March of 1960, and shortly thereafter, recorded his first movie since being drafted. That movie was called 'G.I. Blues'.
7. Who did Elvis marry?

Sun Records sold their rights to Elvis' music to RCA. Elvis sold a billion records for RCA.
9. What was the name of Elvis' father?

Vernon died nearly two years after Elvis.
10. How old was Lisa Marie when her father died?

On the day Elvis died, Lisa Marie was staying at Graceland and was scheduled to go back to Los Angeles that same day.
Source: Author williamforrestfamily 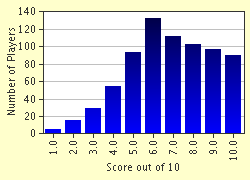 
Other Destinations
Explore Other Quizzes by williamforrestfamily