For The Deadheads Out There Trivia Quiz

This quiz will be easy for the true Deadhead. Give it a try and bring back memories of some great music from the Grateful Dead. Have fun!

4. They had an album called 'One From The Vault', What is the name of the other album after this one?


Answer: Two From The Vault

10. This song title from the 'Shakedown Street' album could be heard outside many concerts from fans who wanted tickets to get in. Fill-in the missing word in this song title. 'I Need A ___________'. 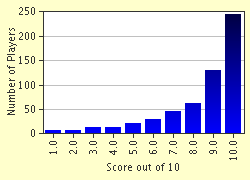 
Other Destinations
Explore Other Quizzes by califredrose