So many amazing songs to choose from...I'll give you the lyrics and you name the song.

Quiz Answer Key and Fun Facts
1. "I've stayed in every blue light cheap hotel Can't win for trying Dust off those rusty strings just one more time Gonna make them shine It all rolls into one And nothing comes for free There's nothing you can hold for very long And when you hear that song come crying like the wind It seems like this life was just a dream..." What song is this from?

Hunter/Garica. A sad yet beautiful song. Premiered in 1972 at Pigpen's final show. The version on the "So Many Roads" box set is worth listening to. Garcia said, "Ideally there's a song in there that's so delicate that it's got a moment in it of pure silence."
2. "Picture a bright blue ball just spinning, spinning free, dizzy with eternity Paint it with a skin of sky, brush in some clouds and sea Call it home for you and me A peaceful place, or so it looks from space A closer look reveals the human race Full of hope, full of grace, is the human face But afraid we may lay our home to waste..." What song is this from?

Barlow/Weir song. A fantastic political song. Some of our current polititians could stand to hear this one, although they probably could never really HEAR it.
3. "Gideon came in with his eyes on the floor Says, "you ain't got a hinge, you can't close the door" Moses stood up a full six foot ten Said "you can't close the door when the wall's caved in"..." What song is this from?

Robert Hunter wrote this one along with Weir and Mickey Hart. He and Bob Weir collaborated on very few songs. Hunter would get upset at Bob changing some of his lyrics, as in this one where Bob sang, "Moses came riding up on a quasar" instead of "guitar".
4. "Well I ain't often right but I've never been wrong It seldom turns out the way it does in the song Once in a while you get shown the light In the strangest of places if you look at it right..." What song is this from?

Hunter/Garcia song. Often paired with "Fire On The Mountain" and dubbed "Scarlet Fire". An excellent song with excellent lyrics.
5. "I can't stay here much longer, Melinda The sun is getting high I can't help you with your troubles If you won't help with mine I gotta get down I gotta get down Gotta get down to the mine... Make good money, five dollars a day If I made any more I might move away..." What song is this from?

Hunter/Garcia/Lesh song. Highly recommended version on "Ladies and Gentlemen...The Grateful Dead" from 1971. A perfect blend of Jerry's guitar and Phil Lesh's bass.
6. "On the day that I was born Daddy sat down and cried I had the mark just as plain as day, I could not be denied They say that Cain caught Abel rolling loaded dice Ace of spades behind his ear and him not thinking twice..." What song is this from?

Hunter/Garcia song. A beautiful version on "Dick's Picks" Volume 15. Check it out!
7. "Lost now on the country miles in his Cadillac I can tell by the way you smile, he is rolling back Come wash the night-time clean Come grow the scorched ground green Blow the horn, tap the tambourine Close the gap of the dark years in between You and me______..." What song is this from?

Barlow/Weir song. One of my favorites. Partly written about Neal Cassady. Any version with Donna Jean Godchaux is worth listening to.
8. "First thing I remember knowing, was a lonesome whistle blowing And a young man's dream of growing up to ride On a freight train leaving town, not knowing where I'm bound No one could change my mind..." What song is this from?

A Merle Haggard song.
9. "Well I met her accidently in St. Paul, Minnesota And it tore me up every time I heard her drawl that southern drawl Then I heard my dream went down back stream cavorting in Davenport And I followed you when you called..." What song is this from?

A Johnny Cash song and one of those most frequently sung by Bob Weir.
10. "There's mosquitos on the river Fish are rising up like birds It's been hot for seven weeks now Too hot to even speak now Did you hear what I just heard? Say, it might have been a fiddle Or it could have been the wind But there seems to be a beat now I can feel it in my feet now Listen, here it comes again..." What song is this from?

Barlow/Weir song. Check out the version on "Dick's Picks" Volume 18. Bob's and Donna Jean's vocals are great and Jerry's guitar at the end is practically orgasmic.
Source: Author tigerdali 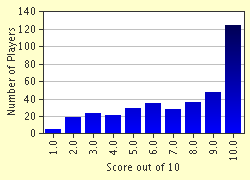 
Other Destinations
Explore Other Quizzes by tigerdali