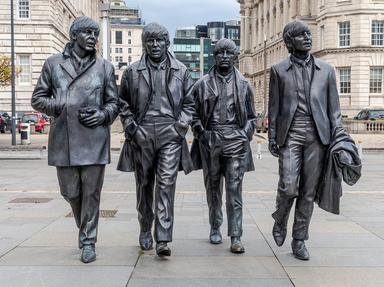 'Let It Be' : Story Of A Song Trivia Quiz

"When I find myself in times of trouble Mother Mary comes to me Speaking words of wisdom, let it be" Test your knowledge of this great Beatles song.

Quiz Answer Key and Fun Facts
1. Who wrote the hit Beatles song 'Let It Be'?

McCartney's mother, Mary, died when he was 14. He later recalled: "One night ...I had a dream, I saw my mum, who'd been dead ten years or so. And it was great to see her because that's a wonderful thing about dreams, you actually are reunited with that person for a second...

In the dream she said, 'It'll be alright.' I'm not sure if she used the words 'Let it be' but that was the gist of her advice, it was 'Don't worry too much, it will turn out okay.' It was such a sweet dream I woke up thinking, 'Oh, it was really great to visit with her again.' I felt very blessed to have that dream." [Source: Beatles 'Anthology']
3. 'Let It Be' was a number one for the Beatles in both the UK and the USA.

The single reached number one in the USA, but peaked at number 2 in the UK.
4. What was the B side of the Beatles single 'Let It Be'?


Answer: You Know My Name (Look up the Number)

'Let It Be' was released as a single in March 1970. Other tracks on the album included 'Maggie Mae' 'The Long and Winding Road' and a live version of 'Get Back'.
Billy Preston played Fender Rhodes electric piano and Hammond organ on the LP.
5. During the recording of the album on which 'Let It Be' first appeared, one of the Beatles threatened to walk out on the project because he was unhappy with the way things were going. Which Beatle made the threat?

In 1969, the Beatles met to record an album - also entitled 'Let It Be' - at Twickenham studios for a movie. In November 2003, Ed Masley, of the Pittsburgh Post-Gazette, recalled: "After nine days of jamming in front of the cameras, George Harrison, tired of being told what part to play or not to play by McCartney, walked out on the project, threatening to quit the group."
6. Which word is missing from these lyrics from 'Let It Be' by the Beatles? "And when the ---- people Living in the world agree There will be an answer, let it be"

'Let It Be' - the album - was overdubbed by Phil Spector, who gave it his trademark 'wall of sound' effect. That proved to be controversial. Some say he was not true to the principle. Neil Aspinall, head of Apple Corp., recalled "I'm not sure that anybody told him, 'It's got to be what a four or [with keyboard player Billy Preston rounding out the lineup] five piece band could do, Phil. No overdubbing and orchestras.' They just gave the tapes to him, and so he did what Phil Spector does and overdubbed and put orchestras on and all the rest of it.

In a sense, he did a really good job. It's a great album, but it wasn't what the concept was in the first place." However, George Harrison, is quoted in "Anthology" saying, "Paul ... didn't want Phil Spector involved or didn't like him overdubbing orchestras on 'The Long and Winding Road' and other tracks.

But I personally thought it was a really good idea." [Source: Review by Ed Masley, Pittsburgh Post-Gazette, November 2003]
7. Which word is missing from these lyrics from 'Let It Be' by the Beatles? "And when the night is cloudy There is still a light that shines on me Shine on until----, let it be"

The album 'Let It Be' was released May 1970. It was produced by George Martin and overdubbed by Phil Spector. More than 30 years later a new 'de-Spectored' version appeared, entitled 'Let It Be - Naked' - with many of Spector's strings and overdubs removed. Ed Masley, of the Pittsburgh Post-Gazette, reported: "McCartney says the project sprang from conversations with director Michael Lindsay-Hogg about releasing 'Let It Be', the film, on DVD. 'And the more I thought about it,' he says, 'I realized that the music in the film is unadorned, or sort of naked as I was calling it, thinking of it without the overdubs that Phil Spector had been brought in to do. That was OK; I didn't hate it, but I didn't like it.'" Massley also noted that on the The Beatles Anthology, Paul McCartney said: "I heard the Spector version again recently, and it sounded terrible."
8. In 2004, 'Rolling Stone' magazine's published a list of the '500 greatest songs of all time'. Where did 'Let It Be' by the Beatles rank?

The Yorkshire-born soprano Lesley Garrett included her version of 'Let it Be', on her album 'The Singer'. Born in 1955, Garrett was appointed CBE (Commander of the British Empire) in 2002 for services to music.
10. Which of these 2007 movies featured the Beatles song 'Let It Be' on its soundtrack?


Answer: Across The Universe

More than 30 Beatles songs were used in the movie, which starred Evan Rachel Wood and Jim Sturges. It was the story of an Englishman (Jim Sturges) who travelled to America in the 1960s to find his estranged father and, naturally, fell in love with an American girl (Evan Rachel Wood). They became involved in the anti-war movement when her brother was drafted to serve in Vietnam. Actors Carol Woods and Timothy T. Mitchum sang the song. The movie was nominated for an Oscar and a Golden Globe, and the soundtrack for a Grammy.
'Across The Universe' was the title of another track on the 'Let It Be' album.
Source: Author darksplash 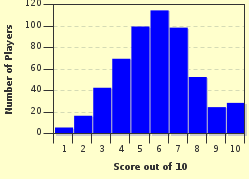 Related Quizzes
This quiz is part of series Rolling Stone's 2004 List of the Greatest Songs of All Time:

This quiz list contains in-depth quizzes on the first 57 songs in Rolling Stone magazine's "The 500 Greatest Songs of All Time (2004)," originally published in December of 2003. The magazine updated its list in 2021 with many new songs, but this list follows the original rankings. Most of the quizzes are written by me, but I've added a few from other authors.

Go to Beatles, The Quizzes

More Songs by The Beatles Quizzes