This quiz is about Linkin Park, so lets see how much you know.

Quiz Answer Key and Fun Facts
1. What do the soldier's wings on the cover of the "Hybrid Theory" CD mean?


Answer: They represent the soft side of the band

According to Mike the soldier represents the harder guitar riffs and heavy side of Linkin Park, while the butterfly wings represent the softer, more delicate side. Both of these things together is supposed to convey how Linkin Park are more than what you expect, and not just any other rap/rock band but something all their own and very different and unique.
2. Who designed the cover of "Hybrid Theory"?

Joe and Mike both went to Pasadena Art College of Design and they worked on it together.
3. What is the remix album of "Hybrid Theory" called?

The band was formed in 1996 by Mike and Brad. Then it was made up of: Mike, Brad, Joe, Rob, Phoenix and Mark. Mark left the band before they were called "Hybrid Theory".
5. They changed their name from Hybrid Theory to Linkin Park because of....

At that time there was another band that called themselves Hybrid.
6. Who played the woman in the "Crawling" video?

She's a model, and she also appeared in The Offspring's video for "Want You Bad".
7. Finish this line 'Wish I could find a way to...'

This line is from my favourite track on the "Hybrid Theory" CD, "One Step Closer".
8. What song is NOT on the American "Hybrid Theory LP"?

There is a remix of it on their remix album "Reanimation".
9. LP commented that this song describes their music the best...

Papercut is Mike`s favourite track on "Hybrid Theory".
10. 'Even though I tried it all fell apart'.. what song is this line from?


Answer: In the End

"In the End" is Rob`s favourite track on "Hybrid Theory".
11. What was the first name of Linkin Park?

They changed their name to Hybrid Theory around the time when Chester joined the group.
12. How many times has "Hybrid Theory" gone Platinum?


Answer: off my face

They have one and they got it for Best Hard Rock Performance.
15. What soundtrack does Linkin Park NOT have a song on?

Chester has also performed a song for "The Queen Of The Damned" Soundtrack.
Source: Author linkin_girl 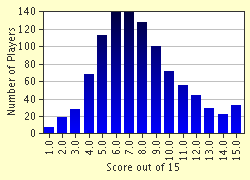 
Other Destinations
Explore Other Quizzes by linkin_girl