This is about the notorious band Motley Crue.

Quiz Answer Key and Fun Facts
1. What did Motley Crue want to name the band at first?

According to Vince Neil in the 1985 documentary, "Uncensored", Motley Crue was going to be called Christmas when they were first starting out.
2. Before Motley Crue, what band was Nikki Sixx in when he was younger?

Before Motley Crue, Nikki Sixx was previously in a band called London.
3. On VH1's "Least Metal Moments in Rock & Roll" (2004), why did Vince Neil get the number one least Metal Moment?


Answer: He did the chicken dance.

Vince Neil did the chicken dance at October Fest 2004 and received the number one "Least Metal Moment".
4. What song did Nikki Sixx write about Donna D'Errico the next morning after their night together?

According to Nikki Sixx in "The Dirt", Nikki wrote "Afriad" about Baywatch Babe, Donna D'Errico. After their night together, Donna ran out on him the next morning.
5. Which of the band members of Motley Crue did Mick Mars meet first?

Mick had met Nikki previously before the thought of starting Motley Crue. Nikki worked in a liquor store that Mick Mars had happened to go into.
6. Which two members went to high school together?

Tommy Lee and Vince Neil went to high school together. Of the band members, they have known each other the longest.
7. Which famous rock star had influenced Tommy Lee to play the drums?

According to Tommy, Peter Criss had a never ending drum set. Tommy set up pots and pans and could bang on them all day.
8. Which 80s hair metal band does Nikki Sixx not like?

In Nikki's online diary, 2004, Motley Crue was asked to tour with KISS. Poison was an opening band and Nikki said "I do not want to be attached to a fake band like Poison".
9. Which band member got busted for indecent exposure in a hotel?

Tommy Lee ran up and down the hallways in a hotel one night. An old lady just happened to peak her head out the door and saw Tommy doing that. The cops soon came and just happened to knock on Mick's door first. The lady was there and said "That's him! He's the man! He has long black hair and tattoos!"
10. Which band member races cars?

Vince claimed in Motley Crue's autobiography that he loves to race cars. There is also a picture of him and his son.
Source: Author sleepyfreak02 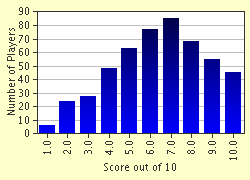 
Other Destinations
Explore Other Quizzes by sleepyfreak02