Quiz Answer Key and Fun Facts
1. Of the following songs, which was written first? (Hint: It is not on Rush's first album).

(according to rush.com). Geddy wrote this song even though Rutsey claims he wrote it.
2. In the song "Working Man" Geddy Lee grabs himself what?

This was the last song on the first album which was released in 1974.
3. Which song did Neil Peart first write for a Rush album?

(According to the DVD "Rush in Rio".) Geddy Lee asked Neil if he could write lyrics because he is always reading. Neil responded with the song "Fly By Night".
4. "You can tell me that I got no class" is the lyrics to which song?


Answer: Best I Can

This song shows more of the harder rock side of Rush. This was on their second album which included the great Neil Peart for the first time.
5. Who is the hero in "The Necromancer"?

In the song "The Necromancer", By-tor saves wanderers from the Necromancer, who captures the them in his forest.
6. In the song "2112", who is the Priest that smashes the guitar under his feet?

Father Brown and everyone else did not like the guitar so the smashed it and said "we dont need old ways".
7. On the album "2112", what happens in Part 6: "Solioquy"?


Answer: The character kills himself.

The main character has a dream (Part 5: "Oracle: The Dream") about a place were you can do what you what to, so he kills himself hoping to go to this place.
8. What was the nickname for the "A Farewell to Kings" tour?


Answer: Drive til You Die Tour

According to the DVD "R30", Neil talks about this in one of his interviews. He comments on this and that the "Caress of Steel" tour was the "Down the Tubes" tour.
9. How many parts does "Cygnus X-1 Book 2" have? 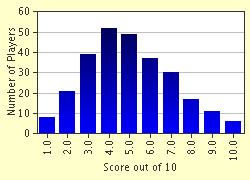