Questions about the music and musicians of STYX, mostly from the late 70s-early 80s period.

Quiz Answer Key and Fun Facts
1. In which year was the first STYX album released?

Most people probably wouldn't recognize many, if any, songs off of the first few albums.
2. Who played the guitar solos for Styx?

I think JY did most of the soloing, though.
3. "We climbed aboard their starship and headed for the skies." What song is this from?

Great tune, though I think that middle keyboard solo section could be shorter.
4. Which of these never sang lead vocals for a Styx song?

John played drums, though may have sung some backup vocals. Dennis probably sang most of the leads, like on "Come Sail Away." Tommy sang "Blue Collar Man" and "Renegade", among others. JY sang the lead vocals on "Miss America" and "Great White Hope."
5. What was the last STUDIO album that the band recorded, before Tommy Shaw left the band?

The "Kilroy" concept album and tour - put together mostly by Dennis DeYoung - was a departure from the previous rocking albums. Tommy Shaw was not happy that Dennis forced this album, according to interviews on VH1's "Behind The Music."
6. Which member died in the nineties?

John, the drummer, died in 1996. His brother Chuck played bass guitar. Glen was the guitar player during the 80s when Tommy had left for a while.
7. Which album contains the songs "The Best of Times", "Snowblind", and "Too Much Time on My Hands"?

The last album before the deadly "Kilroy Was Here" album.
8. What's the name of the band that Tommy Shaw joined in the late 80s?

Along with Ted Nugent and Jack Blades (from Night Ranger). Some good hard rocking tunes, in my opinion. Jack and Tommy had a great chemistry in writing and performing, while Ted made sure the tunes rocked as much as possible.
9. "But don't be fooled by the radio -the TV or the magazines. They show you photographs of how your life should be -but they're just someone else's fantasy." What song are these lyrics from?

Title tune of the 1977 album.
10. "Make me an offer that I can't refuse -make me respectable, man. This is my last time in the unemployment line..." What song are these lyrics from?

Cool tune sung by Tommy, who also plays the guitar solo in the middle.
11. "How can there be such a sinister plan, that could hide such a lamb, such a caring young man?" Which song are these lyrics from?

"....from the long arm of the law." One of their best tunes, sung by Tommy.
13. Name the ballad that appeared on the "Cornerstone" album in 1979, and became one of the top hits ever by Styx. Written and sung by Dennis DeYoung (hey, that rhymes.)

Not a bad song, for a ballad. When Tommy toured with Damn Yankees, he would start playing "Babe" on guitar, then Ted Nugent would grab the guitar and smash it. Dennis later told Tommy how sad that made him. Dennis had a point, though it was pretty fun at the concert!
14. From what general area did Styx start out?

From the "Kilroy" album. I believe it's Japanese for "Thank you very much, Mr. Roboto."
Source: Author saxman4 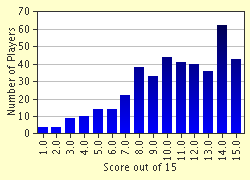