This is a quiz about the boys behind the great music. Have fun testing your knowledge of Billie Joe Armstrong, Mike Dirnt, and Tre Cool!

Quiz Answer Key and Fun Facts
1. Which band member is the only one that uses his real name?

Yep, Billie Joe is the only one. Many people assume it's short for something, but it's not.
2. Which band member was not one of the members of Green Day's precursor, Sweet Children?

John Kriftmeyer, (aka Al Sobrante) was the original drummer for Sweet Children, which evolved into Green Day. Tre Cool was hired after Joh left the band. "We probably wouldn't have become famous if John had stayed" says Billie Joe.
3. True or False? In the music video for "Walking Contradiction" the members of Green Day did all of their own stunts.

Yes, Billie Joe really did walk across that street with all that traffic, he originally wasn't going to but Tre scared him into it.
4. Which of these songs on the "Dookie" cd did Mike write?

All of these other songs were written by Billie Joe, but "Emenius Sleepus" was written by Mike, about when you see a friend after a long time of being apart and they have changed or they haven't done anything with their life.
5. What was Green Day's original name?

The name "Green Day" came about when the boys were watching Sesame Street. Ernie mentioned the words "green day" and they thought that was funny. They used it as an inside joke, but decided to use it for the band name. That's why on the original copies of Dookie, there is a picture of Ernie. Unfortunately, Sesame Street threatened to sue so they took it off.
6. The cover of "Dookie" reflects which band member's belief about dogs?

Mike has stated in several interviews that he believes dogs will eventually take over the world. The cover was designed depicting his strange but funny belief.
7. Which of these instruments does Tre Cool play besides drums?

The rest of these are instruments that Billie Joe plays in certain songs.
8. True or False? Tre has set a world record.

Yep! Tre is the first person to ever climb the Universal Studios ball in Orlando Florida (their trade mark). While Green Day was being interviewed for the 1998 MTV Music Awards (held in Orlando Florida), Tre just decided that he would climb it. It made for a great and memorable award show moment!
9. Billie Joe used to have a cat named Zero when he was a kid. How did Zero die?


Answer: When his mom wasn't looking, Zero jumped into the washing machine...you can guess the rest from there.

Green Day makes a brief reference to this incident in the song "Deadbeat Holiday". The first two lines are, "Wake up the house's on fire, and the cat's caught in the dryer".
10. In the little booklet for "Kerplunk", it reads: "In loving memory of Gravy". Who is Gravy?

Tre seems to be the only one without a dead cat :)
Source: Author kiwibrrd33 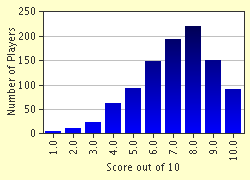 
Other Destinations
Explore Other Quizzes by kiwibrrd33