A Sleep with the Fishes Trivia Quiz

Drowning is perhaps one of the most frightening ways to die. This quiz takes a look at 10 famous people, both real and fictional, who, sadly, met their maker after they drowned.

Quiz Answer Key and Fun Facts
1. Virginia Woolf, one of the most prominent literary figures of the 20th century, drowned after she walked into the River Ouse with her pockets filled with what, to weigh her down?

Virginia Woolf met her maker on 28th March 1941. She committed suicide due to an overwhelming depression not unlike the ones she had previously suffered. She filled the pockets of her coat with stones and walked into the River Ouse, to be discovered three weeks later.
2. Australian politician Harold Holt was presumed drowned in December 1967, although his body was never found. What position of power did Harold Holt hold at his time of death?

Harold Holt, Prime Minister of Australia, disappeared on 17th December 1967. Holt was swimming at Cheviot Beach, near Portsea in Victoria, and sight of him was quickly lost. The search for his body went on for 2 days, after which the government announced that Holt was presumed dead. To this day, Holt's body has never been found.
3. Ptolemy XIII, an ancient Egyptian pharaoh, drowned in the Nile in the year 47 BC. He was succeeded by his younger brother Ptolemy XIV and his older sister. What was his older sister's name?

Ptolemy XIII died on the 13th January, 47 BC. Having been married to his sister, Cleopatra VII, she continued to rule Egypt, unchallenged, and later named her younger brother, Ptolemy XIV, her co-ruler. The reason why Ptolemy XIII drowned whilst crossing the Nile is unclear, due to the lack of sources from that time.
4. Shakespeare's immortal tragedy, "Hamlet", contains a character that is drowned, in a state of delusion and madness. Who is this character, the sister of Laertes, and daughter of Polonius?

Ophelia dies in a state of insanity towards the end of the play. This lunacy is probably induced by the death of her father, and the fact that Hamlet leaves her heartbroken at the conclusion of his famous 'to be or not to be' soliloquy. She is later found dead in the nearby river.
5. Robert Maxwell, a former British MP and successful media proprietor, fell overboard his luxury yacht. When his body was recovered, the cause of death was officially announced as accidental drowning. His yacht was off the coast of which group of islands in the Atlantic Ocean when he drowned?

Robert Maxwell passed away on 5th November 1991. Maxwell literally built his empire from nothing, having come from a poor family. Maxwell's companies, during the 1980s, owned several of the 'big' newspapers, including the Daily Mirror and the Sunday Mirror. His death caused his empire to collapse when it was discovered that he had made fake transactions in order to sustain his business.
6. Natalie Wood drowned after falling off her boat at Santa Catalina Island. She was intoxicated and was wearing a heavy overcoat when she fell, which quickly soaked up water and held her under. In which US state is Saint Catalina Island (the same state she was born in)?

Perhaps one of the most famous celebrities to drown, Natalie Wood drowned on 29th November, 1981. According to the coroner who investigated her death, had Natalie not been drunk when she fell overboard, she would have realised that her coat would fill with water and pull her under.
7. Benjamin Guggenheim was a successful American businessman who, along with 1516 others, drowned when which famous ship sank in the Atlantic Ocean?

Guggenheim, along with his chauffeur, valet, mistress, and her maid, boarded the RMS Titanic from the French port of Cherbourg on the 11th of April 1912. Guggenheim, his valet, Giglio, and his chauffeur, Pernot, drowned when the ship hit an iceberg and sank. His mistress and her maid made it to safety, due to the 'women and children first' rule.
8. Known as 'the Mad Monk' or 'the Black Monk', Grigori Rasputin drowned in the Moika River (after several attempts to take his life were made minutes beforehand). According to stories, he was considered too much of a threat to the Russian empire, and as such, was lured into a hotel and fed wine and cakes laced with what?

Although the details of Rasputin's death are not fully known, it is mostly accepted that he was fed wine and cakes containing cyanide. This appeared to have no effect on Rasputin, so he was shot in the back and left on the floor of the hotel room. However, when one of his assailants returned to the room, he leapt up and attacked the man. Three more shots were fired and Rasputin fell again.

He struggled to get to his feet, and, seeing that he was still alive, his assailants wrapped him in a bed sheet and threw him into the Moika River, where he finally drowned.
9. Sir William Schwenck Gilbert, best known for his comic operas, drowned as he attempted to rescue a woman whom he was teaching to swim. What was the name of Gilbert's collaborator on his comic operas?

Gilbert drowned on the 29th of May, 1911. He was teaching two women to swim, when one slipped and cried for help. Gilbert jumped into the water to rescue her, but in doing so, suffered a heart attack and subsequently drowned.
10. Icarus, the famous character in Greek Mythology, drowned when the wings he had attached to his back fell off as he flew into the sky. What substance did Icarus use to secure his wings to his back?

He fell into the sea and drowned.
Source: Author eburge 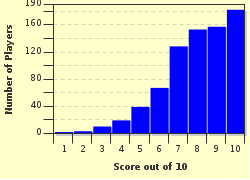 Related Quizzes
1. They Passed On Christmas Day Very Easy
2. It Happens to Us All in the End Average
3. And So, That's Why You Never... Difficult
4. Death By Invention Average
5. On Christmas Day in the Mo(u)rning Average
6. Is This Any Way to Run an Airline? Average
7. Strange Endings Easier
8. Unusual Deaths Average
9. How Did I Die? Easier
10. How Did They Die? Easier
11. Hanged, Drawn, and Quartered Average
12. What in the World? Average