This quiz takes a look at ten different gruesome deaths as documented in the Christian Bible. Here's your chance to show how deadly accurate you are when it comes to Scripture. (The NKJV and the NIV were used for this quiz.)

Quiz Answer Key and Fun Facts
1. What Old Testament king had his skull "crushed" when an unnamed woman in a tower dropped a millstone on him? (Judges 9:53-55)

Abimelech is the correct answer. (In the NIV, he is known as Ambimelek.) According to Judges 9, Ambimelek was as evil as they come, and when a group of men, women and children had taken refuge in a tower in Thebez, he responded by drawing near the tower to set it on fire. Judges 9:53 states an unnamed woman in the tower dropped "an upper millstone on Abimelech's head and crushed his skull."

Scripture goes on to state Ambimelech asked his armorbearer to kill him with his sword so no one could say a woman had killed him. The armorbearer fulfilled Ambimelech's wish, but no further details are given.

Judges 9:56 states Ambimelech's death was divine retribution. According to Scripture, Ambimelech was so evil he even killed seventy of his brothers as part of his insatiable desire for power. He had ruled Israel for three tyrannical years.
2. Gruesome details about Ehud, an Israelite judge, killing the "very fat" king of Moab appear in Judges 3:16-26. What was name of the Moabite king? (Judges 3:20-22)

Eglon, according to Scripture, suffered a gruesome death when he was stabbed by Ehud, a left-handed Benjamite who was the son of Gera. Judges 3:15 describes Ehud, the second judge of Israel, as a "deliverer" from God. Meanwhile, Verse 17 describes Eglon as "a very fat man."

Scripture goes into some gory details about Ehud killing Eglon. According to Judges 3:20-22, Ehud met privately with Eglon and took his left hand and pulled a dagger from his right thigh and plunged it into Eglon's massive belly. The entire dagger went in, even the handle, and the "fat closed over the blade". Scripture goes on to tell of his entrails coming out.

Ehud left the scene of the crime by exiting through a porch and locking the doors of the room behind him. It was some time later when Eglon's assistants discovered him dead on the floor.

Under Ehud's leadership, the Israelites killed 10,000 Moabites and there was peace in the land for eighty years, according to Judges 3:29-30.
3. Jezebel, generally perceived as the most evil woman in the Bible because of her vehement opposition to the prophets of God, suffered a gruesome death when she was tossed from an upper window by her assistants. Who requested Jezebel's assistants to throw her out of a window? (2 Kings 9:30-33)

Jezebel, generally regarded as the most evil woman in the Bible, is the correct answer. She was despised because she vehemently opposed prophets of God and convinced Israelites to worship false gods. She was the wife of Ahab, king of Israel. According to 1 Kings 16:33, Aahab "did more to provoke the LORD God of Israel to anger" than all the kings of Israel who were before him.

Scripture states Jezebel died a gruesome death with her assistants throwing her out of an upper window on the instructions of Jehu. Details are given in 2 Kings 9:30-33. After painting her face, Jezebel looked down from an upper window and saw Jehu. After a few terse words between the two, Jehu asked three eunuchs to throw Jezebel out of the window, and they obliged. Scripture tells of Jezebel being thrown out with her blood splattering on a wall and then her body being trampled by horses.

Scripture goes on to tell of Jehu, after eating and drinking inside, ordering staff to bury Jezebel because "she was a king's daughter." However, there wasn't much of her body left to bury. All that was left of her, according to Scripture, was her skull, feet and the palms of her hands.
4. According to 2 Samuel 18, what aspiring king had beautiful long hair that led to his gruesome death when his tresses got caught in a tree branch while riding on a donkey? (The donkey kept traveling forward and, when he was left suspended, Joab plunged three javelins into his heart.)

Yes, Absalom, the son of David and Maacah, is the one who died such an unusual and gruesome death. When Absalom's beautiful long hair became tangled in a tree branch while riding on a donkey, he became a sitting duck for Joab, commander of David's army.

In a nutshell, Absalom was attempting to overthrow his father as king when a heated battle erupted between forces loyal to the two men. According to 2 Samuel 18, the battle took place in the forest of Ephraim and 20,000 men were killed. After Absalom was left hanging in mid-air, Joab plunged three javelins into his heart, killing him. Even though Absalom was attempting to overthrow David and kill him in the process, Scripture reports David was deeply shaken by the death.
5. Joshua 8:29 in the NIV tells of a monarch's body being impaled on a pole and being left there until evening when Joshua ordered the body removed. What was the king's name? (In the NKJV, it states the monarch was hanged on a tree.)


Answer: The king of Ai (no name is given)

No name is given, with the victim simply identified as the King of Ai. The king met his gruesome end after the Israelites conquered Ai as part of their occupation of Canaan, the Promised Land.

Scripture does not provide details about how the king actually died. The suggestion in Scripture is that he was dead when the body was impaled on a pole.

While the NKJV states the king's body was hanged from a tree, notes in the NKJV Study Bible state the word 'hanged' actually means "impaling the body on a sharpened stick as a mark of shame and horror."

Joshua 10:26 in the NIV also tells of Joshua "exposing" the bodies of five other kings on poles. The same verse in the NKJV states the five bodies were hanged from trees.

The city of Ai was near Jericho, according to notes in the NIV Study Bible.
6. What leader of an army opposing the Iraelites was killed when a woman drove a tent peg through his head while he was sleeping? (Judges 4:17-22)

Canaanite leader Sisera was the one to die the unusual death. Scripture states Sisera hid in the tent of Heber and after he fell asleep, Heber's wife Jael killed him by driving a tent peg through his skull. Jael's actions are celebrated in the Song of Deborah (Judges 5:24-27). Sisera had sought refuge in the tent after the stinging defeat of his army by the Israelites under the leadership of Deborah and Barak.

There are a number of accounts of bizarre deaths in the Old Testament, but Sisera is the only one to die by having a tent peg driven through his skull.
7. According to 1 Samuel 4:18, a 98-year-old man who was obese and basically blind fell backward off his chair and broke his neck when he heard about the capture of the ark of God and the deaths of his two sons. What was the man's name? (Hint: He was both a high priest and judge of Israel.)

Eli, a high priest and judge of Israel, is the correct answer. According to 1 Samuel 4:15, Eli was 98 years old and "his eyes were so dim that he could not see" at the time of his mishap. Verse 18 also describes Eli as "heavy" which apparently contributed to his gruesome death.

According to Scripture, Eli was startled by news from a messenger that his two sons Hophni and Phinehas were dead, and the Philistine army had captured the ark of God from the Israelites. Scripture states that as soon as Eli had heard about the capture of the ark of God, he fell backward off his chair and died of a broken neck.
8. Which king was struck down by an angel of the Lord and eaten by worms before he died, because he did not give praise to God? (Acts 12:21-23)

Herod is the correct answer. His death is recorded in Acts 12:21-23. Scripture states that, when Herod sat on his throne and gave a speech, the people responded by saying they were hearing the voice of a god and not of a mere mortal. Because he did not give glory to God, Scripture states Herod was struck by an angel and "he was eaten by worms and died."

Herod was a ruthless opponent of the early church, and his death was seen as divine retribution.
9. It is well known John the Baptist was beheaded and had his head displayed on a platter, as per Matthew 14:11 and Mark 6:28. However, he is not the only person in the Bible to suffer such fate. What Old Testament character was stabbed in the stomach while sleeping, and then was beheaded, with his head presented to King David? (2 Samuel 4:5-12)

Ishbosheth, the son of Saul and king of a divided Israel, was stabbed in the stomach by two brothers, Rechab and Baanah, while he slept. (In the NIV, Ishbosheth is known as Ish-Bosheth.) According to 2 Samuel 4:5-12, after Ishbosheth was stabbed, his assassins proceeded to cut off his head and traveled to Hebron to present the severed head as a trophy to David.

David, at the time, was the king of Judah, and the country was engulfed in a bloody civil war to determine who would become king of all Israelites -- Ishbosheth or David. Ishbosheth's assassination brought an end to the civil war and David proceeded to become king of a united Israel. However, the murder of Ishbosheth and the presentation of his severed head deeply angered David. In fact, David ordered the execution of Rechab and Baanah. Scripture states David ordered their hands and feet cut off and their bodies displayed to the public.

Details about the assassination of Ishobsheth as well as the executions of Rechab and Baanah can be found in 2 Samuel 4:5-12.
10. Who, according to Scripture, was betrayed for thirty pieces of silver, arrested on false charges and then was humiliated, beaten, ruthlessly tortured and then crucified?

While there might not be unanimity when it comes to the teachings of Jesus and His message to mankind, most Christians agree His suffering was beyond human comprehension. Going by Scripture, He suffered a death riddled with horrible, excruciating pain, but responded by making the completely astounding statement "Father, forgive them, they know not what they do," prior to His death by crucifixion. (See Luke 23:34)

The four Gospels of Matthew, Mark, Luke and John tell of Jesus being betrayed by Judas Iscariot for thirty pieces of silver. After being arrested, He was mocked, humiliated, beaten, scourged and brutally crucified, taking on the sins of the world. This even though Hebrews 4:15 says He was without sin. However, Christ triumphantly rose from the dead three days later, according to all four Gospels.
Source: Author Cowrofl 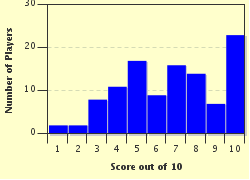