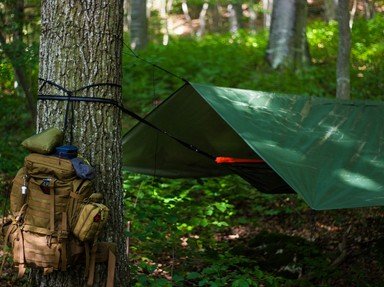 A Walk in the Woods: To Eat or Not to Eat Quiz

Here's a yes or no quiz about what you should and shouldn't eat from the wilderness.

Quiz Answer Key and Fun Facts
1. During a hike in the woods, my stomach starts to growl and I begin searching for anything edible along the path. Looking around, I start wondering what the word "edible" means. An intelligent-looking hiker walking toward me tells me that the word "edible" comes from the latin word "edere" meaning "to eat." Is he telling the truth?

The word, "edible" can mean anything that is "fit to be eaten as food."
"Comestible, "eatable," and "esculent," are synonyms of this word.

Source: dictionary.com
2. As I begin my hike in a field full of dandelions, I notice someone devouring the whole plant: leaves, roots and yellow flower. Assuming no harmful substances or pesticides have been used on or near the plant, is this safe?

While dandelion greens, or the leaves of the plant, are most commonly eaten, every part of the dandelion is edible both raw and cooked. Dandelions have been used as food for centuries and just like many other edible weeds, they are rich in iron, calcium, and vitamins B, C, and E. Dandelions can also be used for medicinal purposes, including as a tonic (a medicine that strengthens the body), especially strengthening the liver and gallbladder.
3. Further along the path, I reach a wetland area and find a cabbage-like plant. After getting a whiff of its foul smell, I determine it to be yellow skunk cabbage. Is it true that the leaves of skunk cabbage can safely be cooked and eaten by people?

Despite its smell, skunk cabbage actually can be eaten. When eaten raw, though, it tends to produce a burning sensation in the mouth. Native Americans would roast and dry the leaves in order to use the plant. They can be dried and used in soups and stews.
Skunk cabbage also has a variety of medicinal purposes. Some illnesses that are treated with this plant are respiratory diseases, nervous disorders, and rheumatism.
Black bears have also been known to eat skunk cabbage.

http://www.fs.fed.us/ipnf/eco/yourforest/wildflowers/yscabbage.html
4. After turning a corner, I come across another plant with a yellow flower. This time, it's a buttercup. The path is full of them. Are they edible?

Like most plants in the ranunculus family, the buttercup is toxic to both animals and people. Large quantities of buttercups could result in inflammation of the mouth along with abdominal pains and convulsions, which can lead to death.
5. Further along the path, I see a long stalk with many small pods. Breaking the stem reveals a white, milky substance. I confidently identify the plant as milkweed. If I were to take the plant home and boil the milky substance, would it be safe to ingest?

When not cooked, the milky juice and the leaves milkweed are "bitter and mildly toxic." Boiling it can rid the plant of its toxicity and bitter taste.
According to http://everything2.com/e2node/Milkweed, drying the milky sap produces something like chewing gum.
The young shoots, when shorter than six inches, flowers, and seed pods can also be boiled several times and eaten.
6. As I continue walking, I reach another field covered with small green leaves and purplish flowers, known as red clover. I see a few hikers eating the plant, saying it's a good source of protein. Is this true?

Red clover is actually part of the legume family and is high in both calcium and protein. Red clover also contains chromium, magnesium, niacin, phosphorus, potassium, thiamine and vitamin C. Both the leaves and flowers can be eaten in salads or as tea, among other uses.
7. More trees start to come in view and I start to see the leaves of an ostrich fern. I know that the young fronds, or fiddleheads, of this plant, when six inches long or shorter, are edible, but is this true for the older fronds, or leaves, of this plant?

The fiddleheads of the ostrich fern can be found in early spring, before they grow into long feather-like leaves. During its young state, the plant can be eaten like asparagus, boiled or fried.
For more information and good pictures, visit http://wildwoodsurvival.com/survival/food/edibleplants/ostrichfern/index.html
8. After passing the ferns, I reach a plant that I can't identify. There are some berries on the plant and I figure they are either blackberries, raspberries, blueberries, or mulberries. If this is the case, would it be safe for me to eat them?

Of course you shouldn't eat any plant without confidently identifying it first, but all four of these berries are edible. They are generally found on woody trees or shrubs.
Raspberry and blackberry shoots both have thorns. The fruit of the mulberry is purple and can usually be found in early spring. Blueberries are green at first, then mature to blue when ripe.
9. The end of my hike brings me across a pathway of mushrooms. Without a mushroom identification book, I have no idea what species of mushroom it is. Not wanting to take any chances, I pass it by. Is it true that the most reported incidences of mushroom poisoning occur in the United States?

Western Europe has the highest number of reported mushroom poisoning incidents.
At least 250 species of mushroom are significantly toxic and are divided into eight different categories based on the chemistry of the toxins and the symptoms they can cause. The most dangerous types of mushroom toxins are the amanitas; though eating any poisonous mushrooms can cause irritation of the digestive tract, including vomiting and/or diarrhea, liver damage, kidney failure and possibly death.
Go to http://americanmushrooms.com/toxicms.htm or http://www.answers.com/topic/mushroom-poisoning?cat=health for more information about toxic mushrooms.
10. Time to head home! As I'm driving along, I see beautiful golden flowers on the side of the road. This plant can only be goldenrod. Assuming no pollutants have harmed the plant in any way, would I safely be able to use the leaves of this plant to make tea?

Yes, although eating anything by the road would be inadvisable, due to exhaust or other pollutants from automobiles, the leaves as well as the flowers can be used for herbal teas. Goldenrod tea has been known to be a remedy for colds, strengthening the body against allergens.
Source: Author polly5 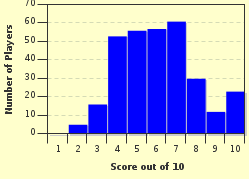 
Other Destinations
Explore Other Quizzes by polly5