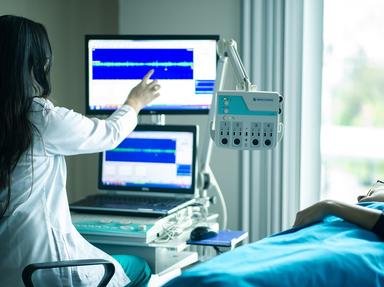 Some of it anyhow. It's quite interesting really. I hope you learn something new from it.

Quiz Answer Key and Fun Facts
1. The word "enema" comes down to us from which ancient language?

The English translation of the Ancient Greek word for enema means "I wash" or "I inject". Also known as a clyster, an enema is basically a bowel washout. It is used for other purposes, however, some of which will be discussed in this quiz. Its most frequent purpose is to relieve constipation, or empty the bowels prior to surgery.

There have been several different means of delivery for this procedure over time. By the 17th century, for example, enemas were being administered via a syringe and plunger.
2. The first time enemas are mentioned in medical literature will astonish you. Which very ancient culture, quite advanced in medical procedures and papyrus, recorded this?

Ancient Egyptian medical procedures are some of the oldest documented in the world because they were very advanced for the times. Enemas appear in their records as far back as 1550 BCE. A specialist dealing with bowels and troubles in that area of the body was an Iri and was referred to as a Shepherd of the Anus. This specialist not only performed bowel washouts, but also administered various medications to patients via enemas. There was also a Keeper of the Royal Rectum who worked specifically with the Pharaoh. According to Egyptian mythology, the god Thoth invented the enema.
3. Back to the second century CE in Ancient Greece, for which life giving purpose were enemas being used at that time?


Answer: To introduce nutrients into the body

This was initially suggested by the philosopher Celsus as a means of getting life saving nutrients in the bodies of those who were suffering from dysentery and other illnesses that prevented them from being unable to absorb food the normal way. He recommended an enema containing pearl barley in milk to which butter and rose oil had been added. Nutrient enemas were used for hundreds of years by various physicians, right up to the 19th and early 20th centuries, but since then have been replaced by intravenous and tube feeding.
4. Which ancient people from Central America used enemas to deliver intoxicating substances into the body?

The Olmec people of Mexico and South America, from the 10th to 7th centuries BCE, appear to be the first to use enemas to introduce trance-inducing drugs into the human body. At a much later time in the history of Central America, from the 7th to the 10th centuries CE, The Mayans used enemas during various rituals for purification, and the administration of intoxicating substances and hallucinogens.

It is unknown whether the later Central Mexican Aztecs (14th to 16th centuries CE) also followed suit with this practice.
5. Were women allowed to have enemas in medieval times in Europe?

Because of the embarrassment this caused to a woman when her buttocks and genitals were on display to a male apothecary, various devices were invented that covered all but her anus for this procedure. At this time in history, clyster syringes began to be used.

A syringe was attached via a tube to a bulb made from a pig's bladder. After insertion, this was then pumped by hand to begin the enema. It wasn't too long after this that the design was modified so that the nozzle on the syringe was bent. This enabled users to administer enemas to themselves, to save the embarrassment of another person having to do so.
6. By the late 17th century, enemas had become particularly popular in which amphibian limb loving country?

Enemas, known in that country as clysters, were so popular at the French court in particular that it was considered quite normal to have one. The Duchess of Burgundy went too far with this fashion one evening, however. When getting prepared to go to see a play with King Louis XIV (11638-1715), she had her enema given to her in front of the King himself! It is said that she preserved her modesty by "assuming a suitable posture" (Wikipedia), but the King was astonished that she should take such liberties. One presumes that the evening out was not a roaring success.
7. For several centuries, pregnant women were given enemas as a matter of course?

These were given to unfortunate pregnant women just before they gave birth. This fad lasted right up into the 20th century, believe it or not. Its purpose - in theory anyhow - was either to reduce the chance of the woman's bowels moving during her contractions, or, unbelievably so, to hasten the process of giving birth, by inducing the contractions in the first place. Giving an enema to help speed delivery of a baby is seldom used any longer.

This is because women found the experience extremely unpleasant, and as a result, doctors now give drugs instead.
8. During the 18th century, tobacco smoke enemas were used on various occasions for which purpose?


Answer: To help resuscitate people who had drowned

This idea found its way in the world of European physicians from the new world of the Americas. In fact, over many centuries, tobacco smoke was used for quite a number of things apart from being smoked. The famous Hippocrates, for example, recommended its use to ease women's complaints, while Pliny the Elder used it, of all things, to cure coughs, and Native Americans had various uses for it. Europeans soon discovered, after tobacco was introduced to their world, those early Americans were using tobacco for medicinal purposes as well, and emulated their examples with fervour. It was used as a treatment for a long list of illnesses, from migraines, to cancer, gout, lung problems, colds and influenza, to relieve constipation, and as a pain killer, just to name a few.

The Dutch in particular declared that tobacco smoke blown into the lungs or anus, was excellent for reviving people who had drowned. This was discovered early in the 18th century when a man helplessly trying to revive his drowned wife, was told by a sailor walking by to try this tobacco cure. An article called "Remarks on the History and Use of Tobacco" in the "Medical and Physical Journal" of 1811 states that "... the woman's husband inserted the stem of the sailor's pipe into her rectum, covered the bowl with a piece of perforated paper, and "blew hard". The woman was apparently revived". Hopefully the grateful couple purchased the sailor a new pipe in gratitude.
9. The 19th century saw the introduction of which very common household object to give enemas?

Talk about going full circle. The 19th century saw enemas given with the aid of gravity, by having a rubber tube attached to a simple bucket filled with soapy water. The tube was inserted into the patient's anus, while the bucket was held high in the air to allow the bowel wash out material to flow down into the patient. Nutrient enemas which were still given up into the 19th century were ceased about this time. For a time in the later 20th century, colonic irrigations were popular as a type of peculiar health treatment as well, but this was being advised against by the health authorities by the time the 21st century rolled around.
10. The latest trend in enemas that came shortly after colonic irrigation, comprises which stimulating drink?

Giving coffee as a means of cleaning out the rectum and large intestine is dangerous, but people are continuing to do this in spite of most health authorities warning against the procedures. Some of the negative effects of this procedure include infections, colitis, septicaemia, abscesses, heart attack and even death. Its devotees will state that coffee enemas can prevent cancer but there is no scientific evidence to back this up. Don't put yourself at risk this way.

Did you know there's actually an 805 pound statue of a syringe enema in Russia, near a town called Zheleznovodsk. Dozens of spas operate there for health treatment. It is also famous for its colonic irrigations. The town celebrates its fame by having a whopping big syringe enema, believed to be the only statue of an enema in the world, stuck outside one of the buildings there.
Source: Author Creedy 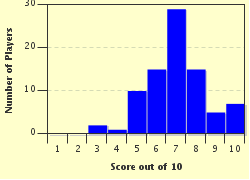