Ten questions on that most diabolical invention of all for women - high heels. Ready to begin tottering?

Quiz Answer Key and Fun Facts
1. Is it true that high heels were initially worn by men rather than women?

Yes indeed, high heels were worn first by the men, as far back as 500 BC, and appear to have been invented to enable them to fit their feet more securely into the stirrups of their horses, and to help keep them steady if they had to stand up to shoot arrows.

The front edge of the rider's footwear was tilted forward to help grip the stirrup while the heel was also sloped, for the dual purpose of keeping the foot in the stirrup, and to prevent a straighter heel from catching on bushes etc during hand to hand combat. Various forms of stirrups themselves have been around since approximately 500 BC, but it would be some centuries more before the added bonus of high heeled foot attire appeared on the scene.

This design can still be seen in many riding boots today.
2. The earliest depicted record of men wearing high heels appears in the ninth century. In which country associated with Cyrus the Great was this found?

Persia is now known as Iran. Cyrus the Great (circa 599-530 BC) founded the Medo-Persian empire in the sixth century BC. It was in Persia in the ninth century that a bowl depicting male horse riders in high heels was created. Unearthed many centuries later, this vase is held at the Bata Shoe Museum in Toronto, Canada.

This doesn't mean that men weren't wearing high heels much earlier than that time, but that, by 2015, this ninth century bowl was the earliest known depiction of them doing so.
3. By the time the Middle Ages rolled around, both men and women were wearing a type of wooden shoe with a raised heel for external wear. Designed to lift the foot up from the mud, dirt and dung, what were these shoes called?

The Middle Ages lasted from approximately the fifth century to the 15th century AD. This was an era of history when paved roads were the exception rather than the rule. Most centres of smaller populations had to be content with plain old dirt roads instead, dusty in summer and a horror in rainy weather. To protect the reasonably expensive normal footwear of individuals, and the hemlines of the ladies, wooden pattens were designed to be worn over the top of ordinary footwear when venturing outside. These lifted the wearer up by a couple of inches above the muck and the mud. Both the front and the back of the patten was elevated, with the back slightly higher than the front. Believe it or not, women were still wearing these wooden overshoes well into the late 19th century, and, even in some cases, early into the 20th century.

Well off gentlemen wore high riding boots during this period. It was usually only women and labouring men who wore pattens. Not everyone approved of them, however. Because they were rather noisy, they were forbidden to be worn inside a church, for example, and the famous writers Samuel Pepys (1633-1703) and Jane Austen (1775-1813) were just plain irritated by them, Austen because of their noise, and Pepys because they slowed his wife down when she was walking with him outside.
4. By the 16th century, high heels had moved from being external wear only, to become ornate and decorated fashionable wear for well off men and women of fashion. This led to the birth of a saying we associate with the well-to-do of today. What is this expression?

Because those high heels were so very fashionable and chic by the 16th century, only the wealthy could afford to buy them or have them specially made. The shoes came covered in silk and buttons and bows, and even jewellery in some cases. Not only were they worn as fashion statements, but they also made women appear taller and more graceful, and men larger and more impressive. Both sexes still wore the excessive ornamentation though. Catherine de Medici (1519-1589) and Mary I of England (1516-1558), both of whom were rather short, were two famous figures noted for their wear. Because of the cost of having these shoes made, it led to the well known expression "well heeled" which, at that time meant a very impressive set of shoes, but today has come to be associated with those of considerable wealth instead.
5. By the late 18th and early 19th centuries, a subtle shift had occurred in the styles of the high heels worn by men and women. Men began wearing much lower heels than women. This has been attributed in part to which famous French leader?

Napoleon (1769-1821) frowned on high heels, and even went as far as banishing them for men whenever he could. There were two reasons for this. One was to stress the equality between the classes of the people he now ruled, and the other was that he just plain disliked the shoes and thought them effeminate.

It is interesting to note that men's heels did indeed begin to shrink considerably from this time. Women still wore them, of course, as evidenced by poor little Marie Antoinette (1755-1793) who went valiantly to her death wearing two inch heels, but even the height of women's heels, as a rule, began to reduce a little from this time period as well.

A brief reprieve followed during which they wore quite sensible flat heeled shoes for some time instead, somewhat reminiscent of Roman sandals.
6. That release from torture didn't last very long, however, and by the Victorian age, the high heel for women had made a victorious return. What beauty quality seen to be desirable in women contributed to this renaissance in footwear?

Too ridiculous for words. Small feet and arched insteps were considered to be one of the hallmarks of beautiful women during the Victorian era, so much so that large feet were lampooned in the popular press with often quite cruel cartoons associating big trotters with spinsterhood and the inability to catch a husband. An arched instep, if you please, was representative of the curved shape of a woman's figure.

This led once more to the resurgence of the high heel to gave the illusion, if not the actuality, of those small feet and arched insteps.

Not everyone approved of these shoes though. Some clerics and other moralists likened them the cloven hoof of the devil himself, and said they were poisoned hooks designed to trap unwary males. Fashion won this debate hands down though, and, across the Atlantic in the United States, this victory led to the opening of the first high heel shoe factory there in 1888.
7. For a short time early in the 20th century, women began demanding more sensible shoes. Until a famous era began, that is. Associated with bright young things and flappers, which era was this?

The roaring twenties seemed to be a form of relief or catharsis for humanity after the frightening and stringent years of the Great War (1914-1918), and at first, the freedom and release from that time seemed to send many people just a little bit crazy. All the old values began to be tossed aside or disregarded, music became faster and more joyous, women cut their hair, morals loosened up, hemlines rose, old values were questioned and abandoned....and high heels became absurdly high. With the rise in hemlines, and the display of legs for the first time in the history of womankind (my goodness that must have proved a shocking thing really), there was a need for those legs, so long hidden under layers of petticoats, to be presented as shapely as possible, with long and slender lines, high insteps and dainty feet. All that came with silk stockings and the Louis heel in shoes in particular.

This was an impossibly high heel that narrowed considerably in its middle, to once again suggest the desirable shape of a women's body. Talk about dangerous.

In more ways than one.
8. Is it true that high heels were once banned from public buildings?

And no wonder. This ruling in the latter half of the 20th century referred to stiletto heels in particular. The word stiletto is based on the Italian for a small, fine and very sharp knife - and that description fitted stiletto high heel shoes perfectly.

These shoes were downright dangerous, not only to walk in, but as a form of accidental weapon which was quite capable of piercing someone's skin as quickly as the Italian knife itself. The very fine point at the end of the heel on the stiletto shoe also led to various rulings banning same in public buildings with vinyl or hardwood covered floors - simply because the heels were damaging those floor covering. One doubts this was strictly enforced though. Can you imagine the outcry from indignant, fashion conscious women if so? You may be interested to learn however that there have been cases of women being charged with assault with a deadly weapon when these shoes have been used in physical altercations between the genders.
9. During the era of the 1960s and early 1970s, which social movement saw a determined effort to not only burn bras, but to also free women from the prison of high heels?

In the early 1960s, with the advent of the mini-skirt, legs of the fairer sex were more on display than ever. Hot pants, boots, even higher heeled shoes than before - all these and more were the order of the day, and what fashion decreed, many women slavishly followed.

But this era also saw the rise of feminism, the cry for equality on all levels, freedom from repression for women, burn the bra, throw out the corset, toss out the high heels and so on and so on. Anything that smacked of moulding and keeping women in traditional sexual roles in fact. High heels were a particular target for determined feminists and, as far as this quiz goes, the catchcry for their removal was "Liberate the captive foot of womanhood!".
10. Today the debate continues - the for and against the wearing of high heels. Interestingly, while fashion designers are shrill in defence of the shoe, which profession is speaking out more and more against their wear?

The defence cites the elegance of calf the shoes give to the leg, insists they give women a lovely upright carriage and alluring appearance, that they make the wearer appear taller, with smaller feet and toes, with arches more defined, and that, unbelievably, high heels improve the muscles of the wearer's pelvic area (dear me) and - wait for it - even reduce female incontinence.

The prosecution states that high heels increase the possibility of sprains and fractures and strained tendons, make the calves look stringy, can cause bunions, create strained backs, hinder women from moving quickly, give wearers an unsteady gait, and damage the knees and joints - and soft floors.

So ladies and gentlemen, in closing this quiz, let us console ourselves with the knowledge that if high heels do indeed prevent women from running anywhere quickly, at least with their strengthened control over their pelvic area muscles - they'll always get to the toilet on time.
Source: Author Creedy 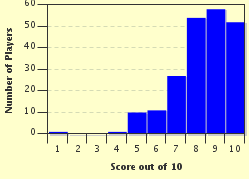