Allan Border, Allan Lamb, Allan Donald and Alan Knott have all represented their countries with skill and determination. How well can you remember their varied accomplishments?

Quiz Answer Key and Fun Facts
1. Which of the Amazing Allans played the most test matches?

Allan Border played 156 tests for Australia. Alan Knott represented England at the highest level 95 times. Allan Donald played for South Africa on 72 occasions, and Allan Lamb played for England in 79 tests.
2. Which of the Amazing Allans was best known for his skills behind the stumps?

Alan Knott first played for England in 1967, against Pakistan. His last test match was in 1981, against Australia. In his test career he took 250 catches and made 19 stumpings. In One Day Internationals he took 15 catches and made one stumping, in 20 games.
3. Which of the Amazing Allans played county cricket in England?


Answer: They all did

Knott played for Kent, and Lamb played for Northamptonshire. Border represented Gloucestershire and Essex, while Donald played for Warwickshire.
4. Which of the Amazing Allans took more than 300 wickets for his country in test cricket?

Allan Donald took 330 wickets for South Africa between his debut for his country in 1992 and his retirement from test cricket in 2002. He was the first South African to take more than three hundred test wickets for his country. Alan Knott did not bowl at test level. Allan Lamb took only one wicket and Allan Border took 39 wickets.
5. Which of the Amazing Allans joined Kerry Packer's World Series Cricket?

Kerry Packer signed up 35 of the world's best cricketers to play World Series Cricket in Australia. He had a team of Australians, a team of West Indians and a Rest of the World team. Knott represented the Rest of the World in 1977-78-79.
6. One of the Amazing Allans represented a country different from the one in which he was born. Which of them was it, and where was he really born?


Answer: Allan Lamb, who was born in South Africa

Allan Lamb was born in Cape Province, South Africa, in June 1954. His parents, however, were English born, and it was this that allowed him to represent England.
7. All of the Amazing Allans scored at least one century at test level.


Answer: Yes, Border and Lamb did

Border captained Australia very successfully in 93 tests between 1984 and 1994. In this time Australia won 32 tests, and lost 21. Allan Lamb captained England three times during 1990, losing all three tests.
9. Did all the Amazing Allans play in a Cricket World Cup?


Answer: Yes, they all did

Knott only bowled 104 balls in first class cricket, taking two wickets with his off breaks. Donald was a right arm fast bowler and Lamb right arm medium pace. All three batted right handed. Border, however, batted left-handed and bowled slow left arm.
I hope you have enjoyed the quiz and don't mind that Alan Knott has been given an extra 'l' in his first name in the title of the quiz!
Source: Author Beckyel 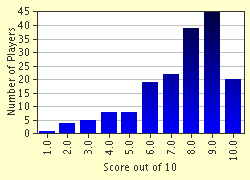