Even players destined for the Hall of Fame change teams at times when the game of baseball becomes a business. How much do you know about these examples?

Quiz Answer Key and Fun Facts
1. One of the most famous trades in baseball history enabled the New York Yankees to obtain Babe Ruth. My little otter buddy has a clue as to which team traded the Bambino to New York after the 1919 season. Which was it?

The Babe went on to play 15 seasons for the Bronx Bombers before ending his career back in Boston with the Boston Braves in 1935. The "Sultan of Swat" was one of the first five players inducted into the Hall of Fame when it was established in 1936.
2. Henry Aaron played 25 seasons with the Braves, beginning in Milwaukee in 1954 and ending in Atlanta in 1974. Thirty days after hitting his last Brave homer (number 733), he was traded to an American League team, which was able to use him as a designated hitter. For which team did he play another two years?

Bad Henry returned to the city where his career had started, traded to the Milwaukee Brewers for Roger Alexander and Dave May. While with the Brew Crew, Aaron broke Ruth's RBI record of 2,213. Aaron was named on just under 98% of Hall of Fame ballots when he was inducted in 1982.

Beginning as the Seattle Pilots in 1969, the team was moved by Commissioner Bud Selig to Milwaukee in 1970, where it was an American League team until they were shifted into the National League in 2008.
3. Gaylord Perry's Hall-of-Fame career spanned 22 years and nine teams, although he spent two hitches with the Texas Rangers. During the 1983 season, the Seattle Mariners designated him for assignment, preparatory to cutting him loose after a 3-10 start. Which team picked him up on waivers (and with whom he became only the third pitcher to pass 3,500 strikeouts before retiring)?

Perry won two Cy Young Awards and played in five All-Star games. He pitched a no-hitter in 1968 while still with the San Francisco Giants, the team he came up with in 1962. Other teams he played with in addition to the Mariners, Rangers, and Royals include the Yankees, Indians, Padres, and Braves. Perry is a 1991 inductee into the Baseball Hall of Fame.
4. The Milwaukee Braves' acquisition of Red Schoendienst from the New York Giants in 1957 was undoubtedly a key to the Braves' only World Series title in Milwaukee. However, Schoendienst was a nine-time All Star and won four other World Series titles as a player and coach with the team that traded him to the Giants in the first place and to whom he returned after four years in Milwaukee. Who is that other team?

Attending a game in St. Louis between the Braves and Cards gave me a chance to see Schoendienst's statue outside Busch Stadium. He was inducted into the Hall of Fame in 1989 and his number 2 has been retired by the Cardinals.
5. Coming up in 1947, Larry Doby was the first black player in the American League and only the second in the Major Leagues. The team he broke in with actually traded him twice, first to the White Sox in 1955, and then later to the Tigers in 1959. So which team first brought him into the "Bigs"?

Rather than bringing Doby up through the minor leagues, as Branch Rickey had done with Jackie Robinson, Cleveland owner Bill Veeck, who had begun thinking about integrating MLB as early as 1942, allowed Doby to continue developing within the Negro Leagues before putting him on the Indians' roster. Doby played 13 seasons with the Indians, White Sox, Indians again, Tigers, and then the White Sox again.

He entered the Hall of Fame in 1998.
6. Greg Maddux broke in with the Chicago Cubs and his Hall of Fame plaque will show him with a Cub cap. But in 1993 he made a free agent deal with the team his only World Series title came with. In what city did Maddux play his home games and win three of his four Cy Young Awards from 1993 to 2003?

When he retired in 2008, Maddux was the only pitcher in MLB history to win at least 15 games in 17 straight seasons. He won induction to the Hall of Fame in 2014 by being named on 97% of the ballots cast. He played 11 seasons with the Braves and 10 with the Cubs and his #31 was retired by both organizations.
7. In 1990 a blockbuster trade involving four players whose careers would produce a total of 27 All-Star appearances, the San Diego Padres acquired Fred McGriff and Tony Fernandez in exchange for Joe Carter and future Hall-of-Famer Roberto Alomar. With which American League team did the Padres complete this deal?

Alomar was inducted into the Hall of Fame in 2011 after being named on 90% of the ballots in his second year of eligibility after missing out in 2010 by only eight votes. He played in 12 All Star Games, being named All-Star Game MVP in 1998, and won two World Series with the Blue Jays.
8. Although Andre Dawson entered the Hall of Fame in 2010 with a Montreal Expos cap, the team he broke in with, after playing 10 years in Canada on Olympic Stadium's artificial surface, Dawson made a free agent deal with another team so he could play on natural grass to protect his knees. In the "friendly confines" of what field with its ivy-covered wall did Dawson play from 1987 to 1992?

An 8-time All Star, Dawson was Rookie of the Year with the Expos. In his first year at Wrigley, Dawson was named NL Most Valuable Player, the first time the League's MVP was ever chosen from a team with a losing record as the Cubs went 76-85 and finished last in the NL's East Division.
9. Known as "Mr. October" for his World Series exploits with two different teams, Reggie Jackson won three titles with the Oakland A's, who later retired his #9. In 1977 he played for a team who would later retire his number 44 (and for whom he would help win two World Series titles). Who is that team?

Mr. October was inducted into the Hall of Fame in 1993, being named on 93% of the ballots in his first year of eligibility. He was a 14-time All Star and was named World Series MVP in 1973 with the A's and in 1977 with the Yankees.

The two Yankees on my playing cards are Ulysses Grant and William Tecumseh Sherman, neither of whom ever won a World Series title or played in an All Star Game.
10. The first player to ever earn MVP honors in both the American and National Leagues, Frank Robinson entered the Hall of Fame in 1982 as a Baltimore Oriole. In what has been called the most lop-sided trade in history, which team dealt Robinson away after ten years which included the Rookie-of-the-Year Award and an MVP Award?

Both the Reds and the Orioles have retired Robinson's number 20. In his first year in Baltimore he won the Triple Crown and was named World Series MVP as the Orioles captured the world championship.

Robinson was also the first black manager in Major League history, managing the Cleveland Indians from 1975 to 1977. He also spent 13 seasons managing four other teams in the Giants, Orioles and Expos/Nationals. In 1989 he was named American League Manager of the Year.
Source: Author shvdotr 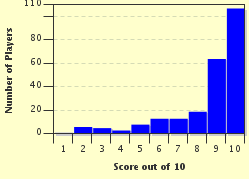