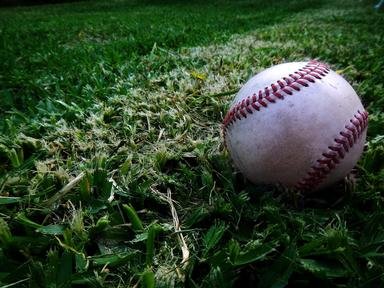 Of the first 215 players inducted into the Baseball Hall of Fame, fewer than 50 played their entire careers with only one team. Let's look at this phenomenon.

Quiz Answer Key and Fun Facts
1. The Class of 2012 had one player who spent his entire career with only one team. Which of these 2012 inductees was it?

Larkin, a twelve-time All Star, played shortstop for the Cincinnati Reds from 1986 to 2004. He played college ball at Michigan and was Big Ten Player of the Year in '84 and '85. Santo was the only other player inducted in 2012 and was named by the Veteran's Committee.

Although he played with the Cubs for 14 years, from 1960 to 1973, he spent his last season in the majors with the Chicago White Sox. Alomar was a 2011 inductee. He played for eight teams, including the Blue Jays, Orioles, Indians, and Mets, after breaking in with the Padres. White played in the National League from 1871 to 1890 with such teams as the Boston Red Stockings and Chicago White Stockings, as well as the Reds, Buffalo Bisons, and Detroit Wolverines.
2. For which team did Hall of Famers Carl Hubbell, Bill Terry, Travis Jackson, Ross Youngs, and Mel Ott spend their entire careers?

He continued to manage until 1941. Hubbell was inducted in '47 and Terry in '54, while Jackson was inducted by the Veteran's Committee in 1982.
3. The first three Hall of Famers who spent their entire careers playing for the Cleveland Indians were all pitchers. The first, Addie Joss, played for the Cleveland Bronchos and Cleveland Naps until 1910. Since the 1914 name change to the Indians, two Bobs ruled the mound enough to be named to the Hall. One was Bob Lemon. Who was the other?

Known as "Rapid Robert" and "The Heater from Van Meter" (he was born in Van Meter, Iowa), Feller pitched from 1936 to 1956. He led the AL in strikeouts seven times and hurled three no-hitters. Feller was inducted in 1962. Lemon pitched for the Tribe from 1941 to 1958, and was named to the Hall in 1976, while Joss was named by the Veteran's Committee in 1978. Gibson is one of only two Cardinal Hall of Famers who spent their entire careers in St. Louis.

A seven-time All Star, Roberts pitched for the Phillies for 14 years, finishing his career with stints in Baltimore, Houston, and Chicago (Cubs). Grim pitched in the majors from 1954 to 1962, mostly with the Yankees ('54-'58).
4. Luke Appling, Red Faber, and Ted Lyons all played their entire career with the same team. Which team was it?

He was a 1955 inductee. Appling and Faber entered the Hall together in 1964, Faber via the Veteran's Committee, and Appling by being named on 84% of the ballots of the BBWAA. Faber, a pitcher, was born near Cascade, Iowa. In 1970, Chicago members of the Baseball Writers' Association of America tabbed Appling, who played shortstop, as the White Sox' greatest player.
5. The New York Yankees had the most players in the Hall who'd spent their entire season with one team, at seven. Among them were Mickey Mantle, Lou Gehrig, Joe DiMaggio, Whitey Ford, and Phil Rizzuto. Of the following pairs, which two played their entire careers for the Bronx Bombers?

He also managed the Mets and the Yankees, joining the Hall in 1972. Jackson, a 1993 inductee, broke in with the A's and only played five years for the Yanks.

He also played with the Orioles and Angels. Hunter also played ten years for the A's and joined the Hall in 1987. Ruth, one of the original 5 inductees in 1936, was sold by the Red Sox to the Yankees following the 1919 season before finishing his career playing one season in 1935 with the Boston Braves.

After breaking in with the Yankees, Durocher actually played more games with each of the other three teams he played with, the Reds, Cardinals, and Dodgers.

The Veteran's Committee added Durocher to the Hall as a manager, not a player.
6. All of the following players are in the Baseball Hall of Fame in Cooperstown, and all played more games with the Minnesota Twins than with any other team. But only one played ALL of his games with the Twins. Which is it?

Puckett played outfield for the Twins from 1984 to 1995, entering the Hall in 2001. Killebrew began his career with the Washington Senators in 1954 and then moved to Minnesota with the club as it became the Twins in 1965. A 13-time All Star with the Senators/Twins, Killebrew was released by the team in 1974.

He then spent one season with the Kansas City Royals. With KC playing against the Twins in Minnesota, Killebrew hit a home run and got a standing ovation. He was inducted in 1984. Carew spent 12 years in Minnesota and then seven with the Angels.

He also played with the Rangers, Pirates, Indians, and Angels, entering the Hall in 2011.
7. Charlie Gehringer and Al Kaline are the first two Hall of Famers who spent their entire careers with this club. Can you name it?

Gehringer was the second baseman for the Tigers from 1924 to 1942. He was a six-time All Star and AL MVP in 1937 and finished his career with a .320 lifetime batting average. He was voted into the Hall in 1949. Kaline played right field from 1953 to 1974. An 18-time All Star, he finished his career with 3,007 hits and ten Gold Glove Awards, and was inducted in 1980.
8. Three baseball Hall of Famers, with nicknames "Yaz," "Maz," and "the Man," each spent their entire careers with one team. Which of the following is NOT one of those teams?

"Yaz" is Carl Yastrzemski, left fielder for the Red Sox from 1961 to 1983. An 18-time All Star, Yastrzemski won the Triple Crown in 1967 and finished his career with 3,419 hits. He was a first-ballot inductee in 1989, being named on 95% of the ballots. "Maz" is Bill Mazeroski, whose homerun to left in the bottom of the ninth inning in Game 7 ended the 1960 World Series against the New York Yankees.

He won seven NL batting titles and three NL MVP Awards and was also a first-ballot inductee, being named on 93% of the ballots in 1969. All three of these players were of Polish extraction.
9. George Brett and Robin Yount were both first-ballot inductees to the Hall of Fame in 1999. Which of the following four statements is correct?


Answer: Brett played for the Royals, Yount for the Brewers

Both Brett and Yount were the first Hall members for their franchises who played their entire careers for those organizations. Only three players (Tom Seaver, Nolan Ryan, and Ty Cobb) were inducted with higher vote percentages than Brett's 98.2% at the time of his induction.

He was a 13-time All Star who played from 1973 to 1993, finishing with a lifetime .305 batting average while playing primarily at third base. Yount broke in at shortstop in 1974 but spent 1978 to 1993 in center field.
10. Known as "The Big Train," who was the first Hall of Famer to play his entire career for the Washington Senators?

Playing for the Senators from 1907 to 1927, Johnson led the AL in strikeouts 12 times, more even than Randy Johnson's 9 seasons or Nolan Ryan's 11. His career total 3,508 strikeouts was the major league record for over 50 years, until it was broken in 1974 by Bob Gibson. He was inducted into the Hall of Fame in 1936.
11. In 2015 seven-time All Star Craig Biggio became the 49th player to join the Hall of Fame in a career spent with only one team. With which team did Biggio play all twenty seasons?

Biggio began his Astro career as a catcher in 1989 and then shifted to second base in 1992. He was the first player in MLB history to become an All Star at both catcher and second base. In 2003 he moved to center field and a year later to left. He finished his career with 3,060 hits.
12. It's only right that the first Hall of Famer from the Chicago Cubs who spent his entire career in the Windy City should be forever known as "Mr. Cub." Who would that be?

A first-ballot inductee in 1977, Banks played second base beginning in 1953, before moving to first base in 1961. He completed his 19-year career in 1971. Known for his cheerful exclamation of "Let's play two!", Banks was also known as "Mr. Sunshine." A 14-time All Star, he was also honored in 2013 by receiving the Presidential Medal of Freedom.
13. Among the franchises with the most one-team Hall of Fame players are the Yankees and Giants. Another would be this team for whom Sandy Koufax, PeeWee Reese, Roy Campanella, Don Drysdale, and Jackie Robinson spent their entire careers. Which team is it?

"Dodgers" first appeared on the uniforms of the Brooklyn National League baseball team in 1932. Founded in 1883 as the Brooklyn Athletics, the team also played in various years as Grays, Grooms, Bridegrooms, Superbas and Trolley Dodgers, until taking the name Robins from 1914 to 1931.
14. For whom did Brooks Robinson, Cal Ripken, Jr., and Jim Palmer work their entire careers?

One of the founding members of the American League in 1901, the Orioles played their first AL season as the Milwaukee Brewers, after leaving the Western League, along with the Detroit Tigers. In 1902 they moved to St. Louis, playing there as the Browns until 1953.

In 1944 they played the World Series against the St. Louis Cardinals, with all six games being played in Sportsman's Park, making it the last Series to be played in one stadium. The 1921 and 1922 Series had been played in New York's Polo Grounds between the Giants and Yankees.
15. The first Philadelphia Phillies' player in the Hall of Fame whose entire career was spent with them has sometimes been called the best third baseman of all time. Who is this 12-time All Star and eight-time NL home run champion?

Schmidt was the National League Most Valuable Player three times, as well as being named MVP in the 1980 World Series, which the Phils won against the Kansas City Royals. He also won ten Gold Gloves. He is a 1995 inductee. Mathews played primarily with the Braves, Lombardi with the Reds, and Carter with the Montreal Expos. Lombardi entered the Hall via the Veteran's Committee in 1986, while Mathews was a 1978 inductee, and Carter was voted in in 2003.
Source: Author shvdotr 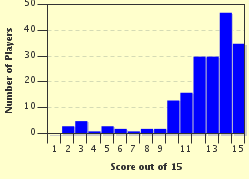