Switch hitting is a unique role in baseball. Here are some of my favorites. I'm sure you recognize these guys. Have fun!

Quiz Answer Key and Fun Facts
1. As a long-time Braves fan, I have to put this guy on the top of my list. An eight-time All-Star, he was the first switch hitter in MLB history to finish his career batting over .300 and hitting 400 home runs. When he retired in 2012, only one switch hitter had totaled more runs-batted-in. Who was this third baseman who won the batting title in 2008 at .364 and was the NL MVP in 1999?

Chipper's full name is Larry Wayne Jones, Jr. The number one overall pick in the 1990 MLB draft, the DeLand, Florida, native spent his entire career in the Braves' system.

In 1997 Jones got the final hit in Atlanta-Fulton County Stadium before its demolition, and the next season he got the first hit in the Braves' new Turner Field.

Unlike outfielders Murphy and Justice, Rose never played for the Braves, but the other two were not switch hitters.
2. This switch hitter was a Brave from 1991-94 and a third baseman. He was the NL batting champion and MVP in 1991, leading Atlanta to the Braves' first World Series since 1958. Who was this former St. Louis Cardinal (1984-90) who also played with the Marlins, Reds, and Royals and who also was a coach for Atlanta from 2002 through 2016?

Pendleton's first year in Atlanta was the best season of his career. In addition to a batting title and MVP Award, he was also named the MLB Comeback Player of the Year. He batted .316 with 22 home runs and eight triples.

Mathews was a Braves third baseman, but was not a switch hitter. He was the only Brave to play in all three cities of Boston, Milwaukee, and Atlanta.

Frisch and Collins were both switch hitters and part of the Cardinals' 1934 Gas House Gang, Frisch as player-manager and Collins as first baseman.
3. I personally think this switch hitter belongs in the Hall of Fame because of his baseball skills and how he played the game. A guy who had more hits than Ty Cobb, who was Charlie Hustle?

Pete Rose retired holding the MLB records for the most hits (4,256), games played (3,562), at-bats, singles, and outs. He was a 17-time All-Star at five positions, and won three World Series and three batting titles. He won two Gold Gloves and was Rookie Of The Year in 1963 and Most Valuable Player in 1973. In 1989 the commissioner of baseball banned Rose from ever being inducted into the Hall of Fame because he bet on his own team.

Ruth and Boggs were left-handed hitters. Ruth finished with 2,873 hits and Boggs amassed 3.010. Cy Young was a pitcher, but did bat right-handed and collected 623 hits in 22 years.
4. Anyone who ever saw this defensive wizard at shortstop had to be impressed. He was a 15-time All-Star and won 13 consecutive Gold Gloves. But he could handle the bat too, winning the Silver Slugger Award for shortstops in 1991. Who was this, whose uniform number 1 was retired by the Cardinals in 1996?

Ozzie Smith was the Roberto Clemente Award winner in 1995. The award is given to one MLB player each season who "best exemplifies the game of baseball, sportsmanship, community involvement and the individual's team." It is named for the Hall of Fame great from the Pittsburgh Pirates who was killed in a plane crash in 1972 while delivering aid to earthquake victims in Nicaragua.

Ozzie Smith was elected to the Hall of Fame in his first year of eligibility in 2002.

Musial and Simmons were both Cardinals. Musial, an outfielder/first baseman, batted from the left side. Simmons was a switch hitter, but was primarily a catcher. Nellie Fox was a left-handed hitting second baseman for the Chicago White Sox for 14 seasons of a 19-year career.
5. A candidate for greatest switch hitter in MLB history was an Oklahoman who played in the Bronx. Known as "the Commerce Comet," this Number 7 was a 20-time All-Star, seven-time World Series ring winner, three-time MVP, and winner of the 1956 Triple Crown. Who was this stud who replaced Joe DiMaggio in center field for the Pinstripes?

I hated his team, but loved "The Mick." A member of the Major League All Century Team, Mantle was a four-time AL home run leader. He was the first switch hitter to win the Triple Crown.

All of the incorrect answers have also had their numbers retired by the Yankees. Ford was a pitcher, while Gehrig and Jackson both batted from the left side.
6. The 1977 Rookie of the Year played his first twelve seasons with the Baltimore Orioles, with whom he won a World Series ring in 1983. Who was this eight-time All-Star who, when he retired in 1997, had 1,917 RBI, more than any other switch hitter in history?

Eddie Murray retired with 11 games in which he homered from both sides of the plate, which was the MLB record at the time. Also at the time of his retirement, he, Henry Aaron, and Willie Mays were the only players who had both 3,000 hits and 500 home runs. His 19 grand slams at his retirement were second only to Lou Gehrig's 23.

The other three Oriole Hall of Fame choices all batted right-handed. Brooks Robinson was a third baseman, Frank Robinson was an outfielder, and Ripken, Jr., was a shortstop.
7. The Kansas City Royals won the 1985 World Series with help from a speedy center fielder who batted .367 for the Series. A two-time All-Star, he led the American League in stolen bases in '79 and won the batting title in '82. Who was this swift switch hitter who finished his 19-year career with two-year stints with the A's and Cubs?

Willie Wilson also won a Gold Glove in 1980 and Silver Slugger awards in '80 and '82. Also in 1980 he led the league in hits, runs, triples, and singles. He moved from left field to center field in 1983 and would go on to lead the league in triples two more times while with the Royals.

George Brett played third base for the Royals and batted left handed. Tony Gwynn was a left-handed right fielder who played his entire 20-year career with the San Diego Padres. "Wee Willie" Keeler, also known as "Hit 'em where they ain't," was another left-handed right fielder who played from 1892 to 1910 with six teams. All three are Hall of Famers.
8. Although this switch hitter's nickname was "Rock," he didn't play like one, winning four straight NL stolen base titles with the Montreal Expos from 1981 to 1984. He was a seven-time All-Star in Montreal before moving to New York where he played on two Yankee World Series championship teams in '96 and '98. Who was this 1986 NL batting champion and 1987 All-Star Game MVP, who set the record for steals by a rookie in 1981?

Tim Raines was elected to the Hall of Fame in January of 2017. When he retired, his 808 stolen bases was the fourth-highest total in MLB history and his success rate of 84.7% was history's highest.

Lou Brock's final season coincided with Tim Raines' first season, and the other two had already retired by then.
9. This switch hitter was a Cardinal outfielder for the first nine seasons and the final four of an 18-year career. He was a four-time All-Star and two-time batting champion as well as the 1985 MVP. At the time, his .353 batting average in 1985 was the second-highest ever by a switch hitter. Who was this speedster who batted .295 for his career?

Willie McGee was a rookie member of the Cardinals' 1982 World Series champion team. During that Series, he hit two home runs, only the third rookie to have done so. He also won three Gold Gloves in his career, and he was inducted into the Cardinals' Hall of Fame in 2014.

The incorrect answers were all catchers who had retired before McGee broke in with St. Louis.
10. While not a Cardinals fan, I have a soft spot for the Redbirds, who let their Hall of Fame second baseman play in Milwaukee for three plus seasons in the late Fifties. His presence in 1957 helped the Braves to their only World Series title in Wisconsin. Who was this 10-time All-Star switch hitter whose number 2 was retired by the St. Louis Cardinals?

Red Schoendienst played the first twelve and last three seasons out of his 19-year career as a Cardinal. But he was traded by the Giants to the Braves in 1957 in time to play in the seven-game Braves win over the New York Yankees in that season's World Series. He played three more seasons in Milwaukee before returning to St. Louis in 1960. After being diagnosed with tuberculosis in 1959, he finished his playing career batting over .300 in both 1962 and 1963 with the Cardinals. He would go on to manage the Cardinals for twelve years, including in 1967 when St. Louis would beat the Boston Red Sox in the World Series.

All of the incorrect answers were members of the Atlanta Braves' 1995 World Series Championship team.
Source: Author shvdotr 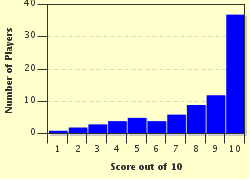