As a long-time Braves fan, here are ten of the Milwaukee Braves whom I remember fondly. Do you remember them? I'm omitting the Hall of Famers, who have a quiz of their own. Have fun!

Quiz Answer Key and Fun Facts
1. In the scorebook, position 1 is the pitcher. This big right hander won more games in Milwaukee than any Brave other than Hall of Famer Warren Spahn. He was the MVP of the 1957 World Series and claimed three of the Champions' four wins. Who was he?

Nichols won 361 games from 1890 to 1906, playing his first twelve years with the Boston Beaneaters, which became the Boston Braves in 1912. Johnny Sain was a Boston Brave between 1942 and 1951, but never played in Milwaukee. Joey Jay was a reliever from 1953 to 1957 and a part-time starter from '57 to '60 before being traded to Cincinnati.
2. Catcher -- My favorite backstop in Milwaukee was an eleven-time All Star who held the position for almost the entire Braves' stay in Brew City. Who was he?

Frank Torre was a Braves first baseman, Ed Bailey played mostly for Cincinnati and San Francisco (although he did spend 1964 with the Bravos), and Sherm Lollar spent his entire career in the American League and caught mostly for the White Sox.
3. First base -- My favorite here spent ten years in Milwaukee out of his 17-year career. Who was this two-time All-Star who set a record by hitting four home runs and a double in one game?

On 31 July, 1954, Adcock's four homers and double off the top of the wall at Ebbets Field against the Brooklyn Dodgers set a record for 18 total bases in one game. That record stood for 48 years, until 2002. He also hit a home run (although later it was ruled as a double) which gave Lew Burdette a 1-0, 13-inning win over the Pirates' Harvey Haddix, who was pitching a perfect game through 12 innings. At his retirement, he held the third-highest fielding percentage by a first baseman at .994. Not bad for a guy who had never played baseball until joining the Louisiana State baseball team in college.

Joe Torre was primarily a catcher, and Bob Hazle was an outfielder. Ted Kluszewski played his first 11 years in Cincinnati before finishing his career with the Pirates, White Sox, and Angels.
4. Second base -- Here I'm looking at a real utility player whose 11-year career included 326 games at second, 180 games at shortstop, 143 at third, and 156 in the outfield. In 1953 he roomed with Henry Aaron on the Jacksonville Braves before becoming teammates in Milwaukee. Who was he?

It was Mantilla in 1954 who broke up Harvey Haddix' no-hitter in the 13th-inning and then scored the winning run. Mantilla had only entered the game in the eleventh inning.

Tommy Aaron, Henry's brother, was an outfielder, while Del Rice, both of whom played in Milwaukee, was a catcher.
5. Third base -- Hall of Famer Ed Mathews dominated that position for the Braves in Milwaukee, so I'm going to touch a pitcher here, and even one who was not with the world champs in 1957. He first joined the team in 1961, and in the Braves' last season in Milwaukee in '65 he won 24 games, the most single season wins by any Braves hurler in the franchise's stay in the Cream City. Who was this Brave who became the only pitcher to hit two grand slams in one game in the 20th Century?

OK, admittedly, the two grand slams were in a game in 1966, after the team had moved to Atlanta, but Cloninger was still a Milwaukee Brave for his first five seasons.

I really liked all of the incorrect answers, of course, since all were members of the Braves' 1957 World Series championship team. Oh, and by the way, Gene Conley finished third in the MVP voting in 1954. Guess who finished fourth... his teammate, Henry Aaron!
6. My favorite Milwaukee shortstop played his first 11 seasons in Boston and Milwaukee. In 1955 he led the NL in doubles and in the '57 Series he and Aaron led the Braves in runs scored with 5 each. Who was this son of a Russian immigrant?

All of the incorrect answers were of Polish descent. Carl Sawatski was a Brave in '57, but he was a catcher. Bill Mazeroski, who famously ended the 1960 World Series with a home run in the bottom of the ninth inning of Game 7 to give the Pirates the title against the New York Yankees, played his entire 17-year career in Pittsburgh. Carl Yastrzemski played his entire 23-year career with the Red Sox.
7. This outfield Milwaukee Brave fave was a swift center fielder who led the NL in stolen bases three consecutive years, in triples twice and in runs scored once. Who was this Alabama native who led off a game with a home run twelve times?

Bruton was in center field for the Braves' first game in Milwaukee on 14 April, 1953, as the Bravos topped the Cardinals, 3-2 in ten innings.

Dave Jolly was a pitcher, and Biff Pocoroba, whose 10-year career (1975-84) was spent entirely in Atlanta, was a catcher. Outfielder Wally Moon, the 1954 Rookie of the Year, spent five years with the Cardinals and seven with the Dodgers.
8. In August of 1957 a rookie came up with the Braves and batted .556 in his first twelve games and totaled 5 home runs and 19 RBI. Who was this South Carolina native who batted .403 in 41 games and earned the nickname "Hurricane" based on his play and the storm that struck his home state in 1954?

Bob Hazle only played parts of four seasons in MLB. He got a cup of coffee in Cincinnati in 1955 before playing in '57 and '58 with Milwaukee and finished the '58 season in Detroit. However, he definitely made a splash with the Braves in the last two months in 1957 and finished fourth in the NL MVP voting despite having only 134 at-bats.

Harry Hanebrink was a second baseman and outfielder who played in Milwaukee in 1953 and 1957-8 before finishing his career in 1959 with the Phillies. Randy Hundley was a catcher for the Cubs from 1966 to 1973 and in '76 and '77. He also played for the Giants, Twins, and Padres. Fred Haney played third base for the Tigers, Red Sox, Cubs, and Cardinals between 1922 and 1929 and managed the Braves from 1956 to 1959, leading them to their World Championship in '57.
9. This outfielder played in Milwaukee for the first five full seasons of an 11-year career. Who was this Braves outfielder who batted .330 in 1958 with 24 home runs and 74 RBI?

Wes Covington had a great second half in 1957 with 21 home runs and 65 runs-batted-in over the final 96 games. In the World Series he made two great defensive plays that saved wins for Series MVP Lew Burdette. In his final year in Milwaukee, he became one of a few players to ever play for four teams in one season, as he saw action with the Braves, White Sox, Athletics, and Phillies.

Neither Kuenn nor Kaline ever played for the Braves.
10. This Brave broke into Major League Baseball as a catcher in 1962 as a Milwaukee Brave. Although he caught in Milwaukee in '62-3, in St. Louis in '64-5, in Philadelphia in '66-7, finishing in Atlanta in 1967, you may know him best by his voice, like his quote as Harry Doyle: "Juuuust a bit outside." Which of these four golden-throated ones finishes our quiz?

"Ball 4. Ball 8. ...and he walks the bases loaded on 12 straight pitches. How can those guys lay off pitches that close?" is another Harry Doyle quote from the movie "Major League" that I like. Following his player career, Uecker became the play-by-play voice of the Milwaukee Brewers, who play in his home town. He has received many honors and awards for his broadcasting, including the 2003 Ford Frick Award, presented by the Baseball Hall of Fame.

Harry Caray's first 25 years as a baseball broadcaster was on behalf of the St. Louis Cardinals, with the last 16 years of a total of over 50 seasons in the booth being with the Chicago Cubs.

Both Tim McCarver and Dizzy Dean played for the Cardinals, with the latter being a Hall of Fame hurler in seven years in St. Louis. Both broadcast for individual teams as well as for national networks during their post-playing careers.
Source: Author shvdotr 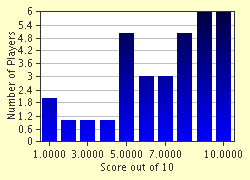