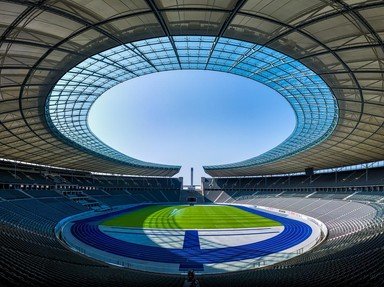 Hurling is arguably the fastest game on the planet.

Quiz Answer Key and Fun Facts
1. Where did hurling originate?

Hurling is Europe's oldest field game. The exact date is unknown, but hurling is a part of ancient Irish mythology.
2. How many players does each team have on the field?

There is one goal keeper, three fullbacks, three halfbacks, two midfielders, three half-forwards, and three full-forwards. Quite the crowd! Luckily, the field is huge and the game is so grueling that players may welcome the respite when another player is responsible for the ball.
3. What is the stick called that's used to hit the ball?

The stick is called a caman in Irish. It is made of ash wood and they frequently break. Efforts to keep a hurley from breaking include keeping it in the bathroom to absorb moisture and rubbing linseed oil on it.
4. What is the ball called?

The ball is similar in size to a slightly smaller baseball, but softer and with raised ridges for better control.
5. How many points does a team get for putting the ball under the crossbar of the goal?

One point is awarded for putting the ball over the crossbar. The goal is about as wide as a rugby goal, but the crossbar is lower than rugby and higher than soccer.
6. How many officials are there for a game?

There is one referee, two linesman and four umpires. Lots of eyes on the field.
7. How many steps are allowed while holding the ball?

You can bounce the ball on the hurley and then back to the hand for four more steps. You can also run the length of the field and back again if you have the ball balanced on the hurley the entire time.
8. When was hurling banned?

The statutes of Kilkenny banned hurling in 1366 because of the popularity it was gaining with the Normans. It was also banned in 1918 by the British because of perceived nationalistic elements.
9. What is the term for when the goalie may advance the ball from his hand after the opposing team has scored a goal or hit over the end line?

A sliothar hit over the sideline requires the opposing team lifting the sliothar with the hurley and then striking.
10. What is a high snig?


Answer: Hitting the ball away from behind, when your opponent throws up the ball to strike 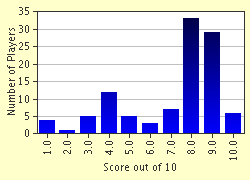 
Other Destinations
Explore Other Quizzes by mcdede