This is about the 1979 Red Sox season. The year after Bucky Dent.

Quiz Answer Key and Fun Facts
1. Who was the Red Sox manager for the 1979 season?

Don Zimmer was given a nickname by Bill Lee. That name was "The Gerbil". He was the original New York Mets third baseman.
2. Bill "Spaceman" Lee was traded to the Expos in 1978. Who was he traded for?

Pitcher Bill Lee had a strong dislike for Don Zimmer because Zimmer kept Lee in the 'dog house' or bullpen for most of the 1978 season.
3. In 1979, which three Red Sox players were voted in as All-Star American League starters?

This was the first time that 3 teammates were voted in as starters in an All-Star Game. Yaz, due to soreness in his heal played first base.
4. In 1979, which of the following catchers caught more games for the Red Sox?

Due to injuries of Fisk in his right elbow, and Montgomery's right elbow, Gary Allenson caught more games. Bob Montgomery was the last Major League Baseball player not to be required to wear a batting helmet.
5. What number did Dennis Eckersley wear in the 1979 season?

He was nicknamed "Boomer". He hit only 12 home runs in the season.
7. George Scott was traded to the Kansas City Royals for who in 1979?

George Scott was traded in a batting slump, he was 0 for 25 when he was traded to Kansas City.
8. This Red Sox first baseman hit for the cycle on Septemebr 15, 1979. He became the first player to accomplish this feat in both the National League (for Houston Astros in 1977) and American League. Who was this?

Boston Red Sox fans will remember him as the winner of WSBK TV's Tenth Player Award. It is given to the player who did over and above expectations of a player.
9. The Red Sox in 1979 had an injury-plagued season, especially at second base, Jerry Remy started the season at second base, but can you name who finished the 1979 season as the everyday second baseman for the Boston Red Sox?

Also injured in that season was Jack Brohamer, Stan Papi, and Jerry Remy with bad knee injuries.
10. Bob Watson hit for the cycle in 1979. He came the from Houston Astros. Watson had a unique nickname for his bat. What was that name?

It was the only nickname given to a bat on the Red Sox team. He batted .337 for the Red Sox in 84 games.
Source: Author connman30 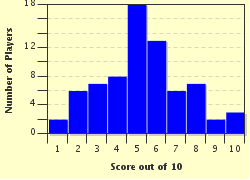 
Other Destinations
Explore Other Quizzes by connman30