If you've watched 'Friends' as much as I have you shouldn't have a problem.

Monica said that she was Joan Collins.
2. What is the name of Richard's daughter?

This song pushed Terry over the edge.
4. What is the name of the professional singer that replaces Phoebe at Central Perk?

She knows all the chords, but her guitar doesn't have a strap.
5. What is Marcel's favorite song?

He never quit playing it.
6. How many sisters does Joey have?

He is the only boy.
7. When Monica goes to the sperm bank, which doner does she choose?

Joey said that having an astronaut would have been cool for a day.
8. Who buys a lap top?

He got it for games and stuff. It gets him in trouble one episode.
9. Who did Rachel work for in 2001?

At one point, Rachel's boss thinks she slept with Ralph Lauren.
10. Who owns a Porsche?

Monica's father gives her the Porsche as an apology for all of her child hood memories getting ruined because of him.
11. What is the name of Phoebe's real mother?

Lilly was her supposed mother until she found out the truth while looking for her father.
12. What game does the gang play while at the beach house?

All they could find was the 'Happy Days' game.
13. What is the name of Phoebe's brother?

He married one of his teachers and they had Phoebe carry their baby.
14. Who does Rachel think Barry looks like?

He kinda does.
15. In "TOW The Prom Video", what does Ross say he is going to do over the summer?


Answer: Work on his music

He wasn't very good on the keyboard.
16. In "TOW The Prom Video", what does Monica get on Rachel's shoulder?

She says it is ok. 'It's just a shoulder, not my dress.'
17. What did Ross buy for Carol when he fell in love with her?

It was ridiculously expensive.
18. How many categories does Monica have for her towels?

The only way I know this one is from watching the episode where the guys and girls switch apartments.
19. What does the gang use to unlock the car?


Answer: Under wire from the girl's bras

They really didn't want to give it up.
20. What celebrity has not made an appearence on the show as of June 2001?

Helen HUnt came into Central Perk, mistaking Phoebe for Ursula. Robin Williams played the guy whose wife cheated on him with his friend, played by Billy Crystal. Bruce Willis was Elizabeth's father. He dated Rachel for a little while.
21. Who tells Rachel that Ross is in love with her?

He then started rubbing his temples in disbelief with what he just said. Joey then said, 'Keep rubbing your head, that will turn back time.'
22. What is Richard's last name?

He won it at an auction. (Accidently)
24. What was the name of Joey's failed TV series?

He was to play a detective and have a robot side kick. He was surprised when it was cancelled. No one else was.
25. During the last episode this season (2001), who do you find out is pregnant?

We think it is Monica all during the show, but as the season finale cliffhanger, we discover it is Rachel. In the following season we do find out that Janice is pregnant as well.
Source: Author snugglesgirl 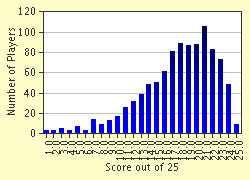 
Other Destinations
Explore Other Quizzes by snugglesgirl