Just a bit of "Grey's Anatomy" trivia. It covers seasons one to five and the questions are quite easy if you've watched the past five seasons.

They began their relationship on the first episode when Derek met Meredith sitting at Joe's Bar before the first day of her internship. They slept together, she kicked him out, only to find out that morning that he is the head of neurosurgery at SGH. They've had an on/off relationship for the first five seasons up until they got married at the end of the fifth season.
2. This pair is the first girl/girl relationship there is in the show. The relationship starts in season four and ends in season five. The two are: Callie Torres and ________?

Becoming the first lesbian couple on the show, Erica and Callie started their relationship in season four finale, but dropped during season five due to a fight they had. Erica left SGH and Callie stayed behind.
3. Does Izzie Stevens eventually marry Denny Duquette?

Denny was a patient that had needed a heart transplant for ages. He and Izzie fell in love while she was treating him, but unfortunately, right after he proposed to her and had received a new heart, Denny died.
4. At the start of the series, who is considered "the Nazi"?

The five interns (George, Cristina, Meredith, Izzie and Alex) are the interns assigned to Dr. Bailey or "the Nazi." They are all frightened of her at the beginning, but Miranda turns out to be more of a friend than an enemy. She declares that she "will not be called the Nazi ever again" after she saves the life of a white supremacist who has a swastika tattoo on his stomach.
5. Who does Cristina almost marry?

Preston is the head of cardio surgery and he and Cristina had been together since season one. Cristina was pregnant with his baby, but the pregnancy failed and the baby died. She moved in with him and helped him through his injury. They were to get married, but they never did.
6. Who was Derek's wife?

Addison is Derek's wife, who came back at the end of season one. They finally got divorced so Derek could be with Meredith.
7. Does George get married to Erica?

George and Erica never have a relationship. George marries Callie in Las Vegas, after the death of his father, but the marriage failed when he slept with Izzie Stevens. Callie found out and the two of them broke off the marriage.
8. Who is the "Jane Doe" that Alex saves the life of and during her hospital stay, he begins to have feelings for her?

Alex rescues her from the ferry crash, but she ends up to have a personality disorder and almost kills herself.
9. Arizona Robbins says to somebody "it would be like dating a newborn". Who is she talking to?

Arizona and Callie become a love interest in season five, when Arizona comes to SGH.
10. Do Izzie and Alex get married?

Izzie has been planning Meredith and Derek's wedding while she rests in the hospital, but as her condition worsens, Derek gives the wedding to Izzie and Alex.
Source: Author justalittlebit 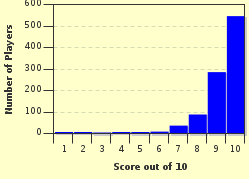 
Other Destinations
Explore Other Quizzes by justalittlebit