The sixth season of ABC's hit medical drama "Grey's Anatomy" aired in 2009-2010. As usual, doctors and patients came and went, and the season ended with a bang.

Quiz Answer Key and Fun Facts
1. Viewers were left in suspense at the end of the fifth season when George O'Malley and Izzie Stevens, both patients at the time, both flatlined as their friends frantically tried to save them. What was the outcome, as shown in the sixth season premiere, "Good Mourning"?

Dr. George O'Malley, portrayed by T.R. Knight since the show's very first episode, died following being hit by a bus at the end of the previous season. Izzie had had cancer, and while she had pulled through and was recovering, she had a little scare right at the end of the season, but lived. Even though she lived, she didn't stick around much longer; she was fired for making a mistake with a patient's care and left town, and her husband, Alex.

She only appeared in a small handful of episodes in season six.
2. Meredith's father returned this season in "Tainted Obligation", and he needed something from Meredith. A big something - what kind of organ transplant did Meredith and her father, Thatcher, undergo?

Thatcher Grey, Meredith and Lexie's father, developed a severe drinking problem following the death of his wife. He showed up at the hospital, sick and needing a liver transplant. Because of his alcoholism, he wouldn't be a candidate for a donor liver from the Transplant Committee, so it was up to his daughters to help him. Lexie wanted to, but wasn't a viable match. Meredith hesitated, because of lingering feelings of abandonment due to Thatcher's leaving her and her mother when she was a young child and starting a new family with Lexie's mother, but she ultimately wanted her father to live and donated a piece of her liver.

The transplant resulted in Meredith being bedridden for several episodes - while actress Ellen Pompeo was pregnant.
3. At the beginning of the sixth season, Seattle Grace Hospital merged with Mercy West Hospital, and suddenly the residents and interns had to compete to keep their places in the program. While everyone was terrified of being fired, a victim of a big hotel fire died when she shouldn't have, and the hospital launched an inquest to find the doctor who was to blame. Who ended up being fired for this error?

In "I Saw What I Saw", the doctors were kept busy with incoming traumas following a fire at a hotel. The patient who died was attended to by several different doctors, so it was difficult pinpointing who made the mistake that caused her to die. The patient seemed well enough, but when she was distracted by another patient being rolled in with an axe in his chest, Dr. Kepner forgot to check the woman's airway.

Her throat was swollen from smoke inhalation and eventually she stopped breathing. Dr. Webber fired April, but she was rehired when Derek became Chief of Surgery.
4. In one episode of the sixth season, Dr. Shepherd deliberately disobeyed Chief Webber's wishes by proceeding with an extremely risky surgery on a hospital employee. What was this employee/patient's name?

Isaac, played by Faran Tahir, was working at Seattle Grace Mercy West hospital as a lab tech. He revealed that the reason he took the job in the first place was so that he could work with Derek. This was because Isaac had a seemingly-impossible medical problem - a tumour growing right on his spine.

The removal of such a tumour is very difficult and has an almost certain rate of complications. In the episode "Give Peace a Chance", Chief Webber forbade Derek from operating on Isaac, but Shepherd 'went rogue' and did it anyway, enlisting the help of almost all the doctors to keep the Chief out of the loop, and then to keep him from stopping the surgery once he found out. Webber tried to fire Derek, but Derek wouldn't have it.

This was also the episode in which Lexie came up with the plan to wear a diaper so that she would never have to leave the OR during the lengthy surgery.
5. In this season, Thanksgiving, Christmas and New Year's were all celebrated in one episode, "Holidaze". Over the holidays, one of the doctors struggled with a visiting judgmental family member. Who came to Seattle to spend the holiday with a relative?

Dr. Bailey's father came to Seattle for Christmas, not knowing that Bailey had gotten divorced. Her father gave her a hard time about it, questioned how she was going to raise her child and even told her he was ashamed of her, but Bailey finally stood up to him and said that she was happy and successful and that she had a healthy and happy little boy who was doing just fine despite her and Tucker's divorce.

In this episode, Bailey and her father both attended Christmas dinner at Meredith's house (Bailey had insisted Meredith invite them, so she wouldn't have to be alone with her dad), with many of the other surgeons there as well.
6. Dr. Mark Sloan got an early Christmas gift in season six - a fully-grown daughter! A daughter who turned out to be pregnant, no less. Surprise! What was Mark's daughter's first name?

Sloan Riley, named after the father who was never part of her life, first appeared in the episode "Holidaze". At first it was thought that Mark had no idea he had fathered a baby so many years ago, but he later revealed to Derek that he'd known Sloan's mother was pregnant, and he'd given her money and left town, hoping she'd get an abortion. Sloan showed up at the hospital at Thanksgiving, looking for Mark.

After a quick paternity test, he brought her home to stay with him and Lexie. Sloan's prolonged stay was one factor that led to Mark and Lexie's break-up, as well as the fact that around New Year's she revealed that she was pregnant and needed his help - Lexie wasn't ready to be a grandparent to an infant and a stepmother to someone who was not much younger than herself.

After a complication with the pregnancy, leading to a quick trip to California to be treated by Dr. Addison Montgomery in a crossover episode with "Private Practice", Sloan gave birth to a healthy baby boy who she eventually decided to give up for adoption. Mark was heartbroken, but ultimately supported her decision.
7. During a hospital lecture in the episode "Time Warp", Dr. Webber spoke about his experiences as a surgical resident. Told in a series of flashbacks, he recounted the story about treating a patient who suffered from what disease?

In this episode, a few of the attendings gave short speeches about some of the most significant cases from their pasts. Dr. Webber's story took place in 1982, and we saw that he was the only African-American resident in his surgical program. His colleague, Dr. Ellis Grey, was the only female surgeon, and, both being outcast and somewhat disrespected by their peers, they bonded together.

In the flashbacks, we saw them dealing with a case of a patient suffering from GRID (Gay-Related Immune Deficiency), which he said was the former name of AIDS.

The flashbacks also gave insight into the development of Webber's alcoholism, something he struggled with throughout the sixth season of "Grey's".
8. In one episode of season 6, the doctors at Seattle Grace Mercy West hospital got to meet, and treat, a patient who was the founder of a prestigious medical award. This VIP patient also happened to be related to one of the hospital's doctors; who?

The VIP patient in the episode "Perfect Little Accident" was Harper Avery, founder of the Harper Avery award for excellence and innovation in surgery and medical research. Jackson was his grandson. Most of the other doctors were shocked that Jackson was related to such a revered person in the medical community, and more shocked that he'd kept it a secret. Jackson confided to Meredith that he didn't want the pressure of being Harper Avery's grandson following him through his medical career; Meredith understood, being herself the daughter of Ellis Grey. Though she sympathized with him, Meredith also helped Jackson to see that his grandfather was a wonderful resource to learn from to try to become a better surgeon.
9. In this season, we learned a little bit more about Dr. Alex Karev when his younger brother visited the hospital, in need of medical care. What was the younger Karev's first name?

Aaron Karev was played by Jake McLaughlin in the episode entitled "Sympathy for the Parents". Aaron was in need of a hernia operation, which Dr. Bailey performed, pro bono (as a favour to Alex). During Aaron's stay in the hospital, the doctors learned some background information about their friend Alex, such as the fact that he and Aaron have a sister who is quite a bit younger named Amber, that their father was a mean drunk and Alex used to protect Aaron and Amber from him, that the Karev kids were in foster care for a few years, and that Alex hadn't been to see his family in seven years. Alex and Aaron got into a (physical) fight but made up after Aaron's surgery.
10. In the two-part season finale, "Sanctuary" and "Death and All His Friends", Seattle Grace Mercy West endured the horror of a gunman on a shooting rampage within their walls. Gary Clark, a man whose wife had passed away in the hospital earlier in the season, returned to seek revenge on the surgeons who had allowed his wife to die. Which of these doctors was not shot by Gary Clark?

Gary Clark originally was only after the doctors who had been involved in his wife's care and who had made the decision that she was brain dead. Those doctors were Derek Shepherd, Lexie Grey and Richard Webber. In his frustration with not being able to locate Dr.

Shepherd in the hospital, he turned his rage to any and all surgeons he could find. The first doctor to die was Reed Adamson; Clark shot her in the head because she was abrupt and unhelpful when he asked her where he could find Derek. He also shot Dr. Percy in a patient's room, and Dr. Karev in an elevator; Percy eventually died but Karev survived thanks to Lexie and Mark. Dr. Bailey saved herself by telling Clark that she was a nurse, not a surgeon.

He did eventually find and shoot Derek, but Cristina saved his life in the OR. Meredith offered herself as a target, to spare Derek, Lexie and Dr. Webber, but Clark wouldn't shoot her after learning she was pregnant.

In the final showdown of the episode, Mr. Clark found Dr. Webber, who didn't resist or try to escape, but Clark chose to use his last bullet shooting himself.
Source: Author guitargoddess 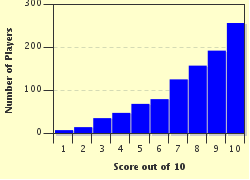