A turning point in Merdith and Derek's relationship happened after she told him to "pick me, choose me, love me." See what you know about the second installment of their relationship.

Quiz Answer Key and Fun Facts
1. In the episode "Much Too Much," Meredith tries to get over Derek by picking up new guys, but one later comes to the hospital with a very embarrassing problem. Unfortunately Derek has to come in for a consult and witnesses the aftermath of Meredith's one nightstand. What is the name of the patient?

Meredith's one nightstand was named Steve and he had a very "uplifting" problem.
2. Around what holiday does Derek tell Addison, "I'm not saying this to hurt you or because I want to leave you, because I don't. Meredith wasn't a fling. She wasn't revenge. I fell in love with her. That doesn't go away because I decided to stay with you"?

In the Christmas episode "Grandma Got Run Over By a Reindeer" Derek tells Addison this, and reveals that Meredith was more than just a fling for him.
3. Although Meredith tells Cristina she's over Derek, Cristina can tell that she still loves him when she does what?

Soon after Meredith and Derek broke up she stopped calling him "McDreamy." However, as she began to realize she wasn't over him, she returned to calling him this mcnickname.
4. When Meredith feels that she's going to die (in the episodes "It's The End of the World" and "As We Know It"), she worries that she can't remember what her last kiss with Derek was like. Which of the following was not a part of Derek's description of the kiss?


Answer: She was eating pancakes.

Derek says, "It was a Thursday morning. You were wearing that ratty little Dartmouth t-shirt you look so good in. The one with the hole in the back of the neck. You'd just washed your hair and you smelled like some kind of flower. I was running late for surgery. You said you were gonna see me later and you leaned into me, you put your hand on my chest and you kissed me. Soft. It was quick, kinda like a habit. You know, like we'd do it every day for the rest of our lives. You went back to reading the newspaper and I went to work. That was the last time we kissed."

He mentions the hair, the t-shirt and being late, but he says nothing about pancakes.
5. Meredith and Derek begin to reestablish their friendship by doing what activity?


Answer: Taking Doc for a walk

After Meredith sleeps with George and alienates her friends, Derek tries to be her friend again. He says that he walks Doc every other morning and she can join him.
6. Toward the end of season two Meredith finally gives up on Derek, becomes celibate and takes up a new hobby. What hobby does she take up?

When Meredith becomes celibate she takes up knitting. Unfortunately she isn't very good at it and Izzie un-knits and re-knits everything Meredith does.
7. What color were the infamous panties that Meredith lost at the prom and Addison found in Derek's pocket?

After Derek and Meredith have sex in the hospital Addison finds Meredith's black panties in Derek's tuxedo pocket. She then hangs them on the bulletin board with a sign saying "Lost and Found."
8. For a while it seemed that Meredith and Derek would not get back together once Finn the vet got involved. Finally Meredith chose Derek, but what event led her to do so?

While Meredith was in the hospital with waiting to have her appendix removed she got hopped up on pain medication, had a chat with Addison and decided that Derek is the one she's supposed to be with.
9. Just when it looked like their relation ship was going to work out it almost got derailed when Meredith found another woman in Derek's bed. Who was this mystery lady?

Derek's sister Nancy came to visit and Meredith finds her in Derek's trailer. Meredith is of course all bent out of shape, as is George ("McDreamy was doing the McNasty with a McHottie? That McBastard"). But soon she finds out it was just Derek's sister, and everything is better.
10. In the episode "Six Days" Derek reveals a secret to Meredith. What was it?


Answer: He sneaks out of bed each night because he can't stand her snoring

Apparently Meredith is a loud snorer, and for as long as they've been together Derek gets up in the middle of the night, sleeps elsewhere, sets an alarm and returns to bed before Meredith wakes up. At her house he goes and sleeps on the couch, and when they sleep at the trailer he sleeps on a hammock outside.
Source: Author tdakoo 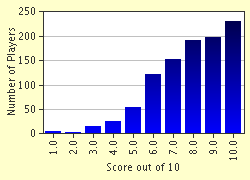 
Other Destinations
Explore Other Quizzes by tdakoo