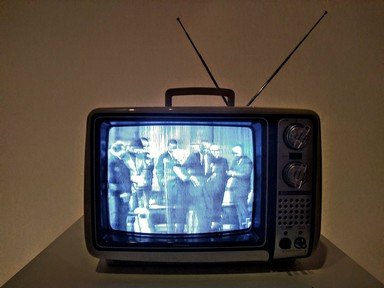 Match the Actress with the Show - 1960s edition Quiz

Ten actresses, ten television shows mainly from the 1960s. Match the actress with the show in which she had a leading role.

The western drama "The Big Valley" ran from 1965 to 1969 and starred Barbara Stanwyck as Victoria Barkley, a widow running a California ranch. Richard Long, Peter Breck and Linda Evans portrayed her adult children, and Lee Majors was the illegitimate son of her late husband whom she accepted into the family.

The show featured many famous guest stars including Charles Bronson, Dennis Hopper, Leslie Nielsen, and William Shatner. Stanwyck received Emmy nominations for her work on the show in 1966-1968, and she took home the award in 1966.
2. The Dick Van Dyke Show

"The Dick Van Dyke" show aired from 1961 to 1966 with Van Dyke portraying comedy writer Rob Petrie and Mary Tyler Moore playing his wife Laura. The show was created by Carl Reiner who also played Alan Brady, the star of the show for which Petrie was a writer.

Based on a comic strip, "Hazel" also ran from 1961 to 1966 and featured Shirley Booth as the live-in maid to the Baxter family. Hazel had a strong personality and much of the humor on the show revolved around her methods of running the family and sometimes the neighborhood.

Before it became a movie franchise, "Mission: Impossible" was a TV series that ran from 1966 to 1973. The show featured a group of agents who worked for the Impossible Mission Force, a government agency in charge of undertaking elaborate covert operations. Barbara Bain was on the series for the first three seasons portraying model/actress Cinnamon Carter.

She was married to co-star Martin Landau at the time, and they both left the series due to a contract dispute. Bain took home the Emmy award for her work on the show for three straight years: 1967-1969.
5. Get Smart

A Mel Brooks/Buck Henry spy comedy, "Get Smart" ran from 1965 to 1970 and featured Don Adams and Barbara Feldon as agents who worked for a U.S. government agency called CONTROL. While Adams played the accident-prone Maxwell Smart, Feldon was the more serious and more competent Agent 99.

The series inspired a 2008 theatrical release starring Steve Carell and Anne Hathaway. Feldon received Emmy nominations for her work on the show in 1968 and 1969 but didn't win.
6. The Avengers

"The Avengers" was a British spy drama that aired from 1961 to 1969. From the second season on, Patrick Macnee starred as John Steed, and he had various partners in the early years, but it was his partnership with Emma Peel (Diana Rigg) from 1965-1968 that is perhaps the most memorable. Mrs. Peel, as she was called, was a martial arts expert, and she defeated villains while always looking stylish. Rigg received Emmy nominations for her work on the show in 1967 and 1968 but lost to Barbara Bain in both years.
7. Bewitched

The fantasy sitcom "Bewitched" ran from 1964 to 1972 and featured Elizabeth Montgomery as Samantha Stephens, a witch married to mortal Darrin (Dick York/Dick Sargent). Montgomery also played Samantha's cousin Serena, who was a bit wilder and more hip than Samantha; interestingly, the actress was credited as "Pandora Sparks" when playing the Serena character. Montgomery received Emmy nominations for her work on the show in 1966-1970 but didn't win.
8. That Girl

The sitcom "That Girl" ran from 1966 to 1971 and featured Marlo Thomas (Danny's daughter) as Ann Marie, a single woman trying to make it as an actress in New York City. She worked a variety of odd jobs that made up part of the plot of the show, as did her relationship with boyfriend Donald Hollinger (played by Ted Bessell). Thomas received Emmy nominations for her work on the show in 1967, 1968, 1970 and 1971 but didn't win.
9. Julia

The sitcom "Julia" ran from 1968 to 1971 and was one of the first American shows to feature an African American woman in a professional career. On the show, Diahann Carroll portrayed Julia Baker, a Vietnam widow who worked as a nurse while raising her son. Lloyd Nolan portrayed the doctor for whom Julia worked. Carroll received an Emmy nomination for her work on the show in 1969 but lost to Hope Lange for "The Ghost and Mrs. Muir".

She was the first African American woman to receive an Emmy nomination in the "Actress in a Leading Role in a Comedy Series" category.
10. I Dream of Jeannie

Another fantasy sitcom, "I Dream of Jeannie" ran from 1965 to 1970 and featured Barbara Eden (another Barbara!) as a 2,000 year-old Jeannie who was rescued by an American astronaut (Larry Hagman) and became his devoted servant. The show was created in response to the popularity of "Bewitched" and despite its popularity in syndication, its ratings weren't particularly good when it was originally broadcast, only twice cracking the Top Thirty. Eden didn't pick up any Emmy nominations for her work on the show but she did get Golden Globe nominations in 1967 and 1970.
Source: Author PDAZ 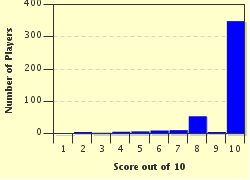 Related Quizzes
This quiz is part of series TV Shows from Back in the Day:

Some classic shows that I enjoyed.