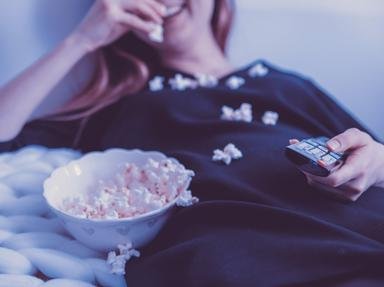 Now THAT Was Funny! Trivia Quiz

Featured in this quiz are some iconic old television classics that offered us laughs that can last us for a lifetime. Enjoy the memories!

Quiz Answer Key and Fun Facts
1. In the classic Carol Burnett skit, "Went With The Wind", costume designer Bob Mackie made a dress for Carol's character, Starlet O'Hara, out of draperies. What else was unusual about the dress design?


Answer: It included a curtain rod

In this hilarious spoof of "Gone With The Wind", the dress originally worn by Starlet as the skit began showed the opulence of the aristocratic era. By the end of the skit, the ravages of the War Between the States had taken their toll. In order for her to appear more "courtly" to Rhatt Butler,(Harvey Korman), Starlet ripped the curtains off a window and flew upstairs, only to appear a short time later in her "new" dress, replete with the curtain rod serving as a type of "shoulder-boards."

The dress, complete with the curtain rod, went on to sit in the Smithsonian Institution in Washington, D.C. In 2009, Mattel toys released a version of Carol Burnett dressed as Starlet as a Barbie Celebrity doll.
2. "The Andy Griffith Show" pilot episode featured which television actor as the "guest" in the jail in Mayberry?

On February 15, 1960, the "Andy Griffith Show" pilot episode aired. Andy Griffith played the role of Andy Taylor who was not only the sheriff, but also the newspaper editor and Justice of the Peace in the fictional town of Mayberry, North Carolina. Danny Thomas, who played the role of himself, ventured into Mayberry, running a stop sign and a comic encounter ensued between him and the sheriff. Some of the future cast members appeared in this early episode, including Andy's son, Opie (Ron Howard) and Frances Bavier. She did not play the role of Andy's housekeeper in this episode, however, but rather that of a distressed widow, Henrietta Perkins.

The program began as a spin-off of sorts to "The Danny Thomas Show", although it was planned to be so by deliberate design as opposed to following the storyline of an existing character onto a new program.

The program enjoyed a very successful run on CBS TV from Oct 1960 until April 1968. TV Guide magazine once rated it as the 9th best show in American television history.
3. We all loved Lucy, didn't we? As she struck out starring in her own series after her divorce from Desi Arnaz, she was offered her own sitcom called simply, "The Lucy Show". She played the part of a widowed mother, but another lady played television's first role of a divorced mother. What was the name of the character who was a divorcee?

Vivian Vance, who had formerly appeared as Ethel Mertz on "I Love Lucy", starred as Vivian Bagley on this program. Several concessions were made to Vivian Vance in Desilu Studio's offer of the role to her. Among them was permission for her to use her own name, (since she was tired of the public persisting in calling her "Ethel"; she received an increase in her salary, and she was able to get co-star billing with Lucille Ball, (Lucy Carmichael on the program.)
4. Hazel Burke, known simply as "Hazel" on the television program of the same name, was a role played by Shirley Booth. Many of the early episodes centered on the conflicts created by her headstrong thoughts on how to run a household as the maid versus her equally demanding boss and head of the household, George Baxter (Don Defore). The Baxters, George and Dorothy, had a son whom Hazel usually called "Sport". Do you recall the stage name of the little boy whose role was played by Bobby Buntrock?

Harold, (Bobby Buntrock), was featured as the son of a partner in a law firm, George Baxter, "Mr. B" (according to Hazel), and his wife, Dorothy, played by Whitney Blake, who was an interior decorator. The Baxter's dog was called Smiley, and Harold was great buddies with both Hazel and his dog.

The premise for the television show was based on the comic strip, "Hazel" that had been created by Ted Key, a cartoonist for "The Saturday Evening Post".
5. I am going to list a few of the characters' actual names from this '60s sitcom. Let's see if you can remember the program with these actors/actresses names... Morey Amsterdam, Larry Mathews, Rose Marie, Richard Deacon, Ann Morgan Guilbert, and Jerry Paris. Okay, so I left out two major names. See if you can recall this program!

"The Dick Van Dyke Show" of course also featured Dick Van Dyke in his role of Rob Petrie and his wife, Laura, (Mary Tyler Moore). As writers for the fictional "Allan Brady Show", Rob and his co-workers, Buddy (Morey Amsterdam) and Sally (Rose Marie) were almost constantly cutting up while writing jokes for their boss at work.

The series only aired for 5 years, from 1961-1966, but it enjoyed a huge degree of success in that time, chalking up a total of 15 Emmy Awards!
6. On what short-lived, (2 seasons only), '60s situation comedy would you have seen the residents of the fictional village of the Hekawis, consisting of Chief Wild Eagle, his "assistant", Crazy Cat, along with assorted other characters like Happy Bear and Roaring Chicken?

The Hekawis, according to the show's script was an abbreviation based on an early episode that established that the entire Native American tribe had fallen off a cliff on their trek westward from Massachusetts as they fled from the arrival of the Pilgrims. They determined themselves to be lost, and asked the rhetorical question, "Where the heck are we?"; thus creating the tribal name of "Hekawis".

The comedic interactions between the US troops stationed at the fictional Fort Courage and their nearby neighbors, the Hekawis, comprised most of the slapstick and home-spun humor that made the show popular.

"F Troop" only lasted for 2 seasons, however, airing from 1965-1967.
7. Picture this: An island paradise full of native girls, a PT boat, a group of military personnel that have "gone native" themselves, and a leader who wants to have them all imprisoned or at least transferred from his command. Factor in the following actors; Ernest Borgnine, Tim Conway, and Joe Flynn and you should be able to tell me the title of this mid-60s sitcom...

"McHale's Navy" aired on ABC TV from 1962 until 1966. The basic premise of the show was that of an isolated Navy boat (PT 73), becoming trapped on an island in the South Pacific during WW2. The crew went into hiding on the island, among the natives, and much of the humor of the program was a direct result of the former crew acting as carefree as the islanders themselves.

Add in more humor, as Captain "Wally" Binghamton, (Joe Flynn), attempts repeatedly to have the men removed or imprisoned for their lax and easy ways, only to be thwarted in his efforts time after time.

Lieutenant Commander Quinton McHale, (Ernest Borgnine), protects his crew in their very non-military ways, while Ensign Charles Beaumont Parker, (Tim Conway) who bumbles and fumbles his way along naively is in turn protected by the crew.
8. It seems as if this sitcom ran for decades, but it was actually only on the air for 3 seasons (Sept 1964 - April 1967). Thanks to syndication, though, it continued airing repeatedly throughout the '70s, '80s and beyond. What was this wildly popular show, especially among young people, that featured such characters as Jonas Grumby, Roy Hinkley and Mary Ann Summers? (Think: South Pacific).

The first season's episodes of "Gilligan's Island" were filmed in black and white, with color filming beginning in the show's second season. The U.S.S. Minnow, the ship that endured a harsh storm, managed to land on an "uncharted desert isle", according to the opening theme song, and the misadventures of the castaways were chronicled "each week, my friend", according to the ending theme song of the series. Bob Denver played the role of Gilligan, although it was never made clear if this was a first or last name.

The series ended abruptly without prior warning due to CBS sudden decision to move the extremely popular "Gunsmoke" from its traditional time slot on Saturday night to an earlier time frame on Monday evening.
9. What was the name of the comedienne who portrayed the characters of both Ernestine and Edith Ann on "Rowan and Martin's Laugh-In"?

The character of Ernestine, the operator, was deliciously performed by Lily Tomlin. Ernestine usually treated her "customers" with condescension or with a nosy-Parker affront. Her snort was one of the trademarks of the character, and it was often delivered as a sort of "tag-line" affect when she heard something that was a bit off-color or when she was insulting someone.

The character of Edith Ann, also portrayed by Tomlin, was that of a little girl sitting in an oversized rocking chair, talking directly to the audience. Her "little girl" persona and words of child-like wisdom were frequently punctuated by her ending comments that included the line, "And that's the truth...", followed by a raspberry sound from her lips.
10. Oliver Wendell Douglas and his wife, Lisa, moved from New York to rural America on CBS's sitcom, "Green Acres". The program was based on a 1950's radio show entitled "Granby's Green Acres." Nearly everyone who ever watched the show for any length of time knows that a pig featured famously as an animal character named "Arnold". Do you recall Arnold's surname?

"Green Acres" was based on a 50s radio show, as I have mentioned. Gale Gordon and Bea Benaderet starred on that program. On the television show, Eddie Albert, ("Aahleevaah", as his wife called him) and Eva Gabor (Lisa) moved from the big city to the bigger country, near the fictional towns of Hooterville and Pixley.

Arnold the pig was owned by Fred and Doris Ziffel, who were portrayed by Hank Patterson and Barbara Pepper. In many scenes, Arnold's grunts could be understood and interpreted by some of the characters, most notably Fred and sometimes by Oliver, with humorous results.
Source: Author logcrawler 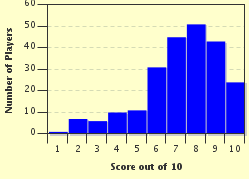