So Your Job's a Joke Trivia Quiz

How well do you know about the jobs the 'Friends' had? Take this quiz to find out.

Quiz Answer Key and Fun Facts
1. Which Friend was a bell ringer for the Salvation Army?

She guilted Monica into giving lots of money. Phoebe also got fired from this job. She was mean to that little old lady.
2. What is Phoebe's ex-husband's occupation?

Phoebe went to see him skate at Madison Square Garden, and she found out he was really straight (not gay like she thought).
3. Which two Friends went into the catering business with each other?

Monica did the cooking, and Phoebe had to make the people pay.
4. What publication was Monica a food critic for?

That job didn't last long.
5. Which two careers did we see Ursula practice?

Ursula is a waitress at Riff's on both 'Friends' and 'Mad About You'. Ursula also was an actress in some adult movies. Both answers are acceptable. Way to go!
6. What is Chandler's mom's occupation?

Nora Bing appeared on 'Jay Leno' to promote her romance novel.
7. Joey auditioned to be the host of what new game show?

He made Ross and Chandler practice with him. At first they didn't understand the game, but by the end of the episode they loved the game!
8. What is the occupation of Rachel's ex-fiance?

Rachel goes to his office to return her engagement ring, and they end up kissing in his chair. Prior to Rachel's arrival, Barry was working on some kid's braces.
9. What was the name of the diner Monica worked at?

It was a 50's style diner that made her rollerskate, dress up, and sing. That wasn't Monica's cup of tea.
10. What was the occupation of Frank Jr.'s wife?

When she found out Phoebe was having her triplets, she said she could have her students make baby clothes all year. It would be her own little sweat shop!
Source: Author surfgirl 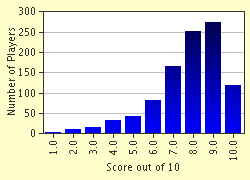 
Other Destinations
Explore Other Quizzes by surfgirl