Seen more than 1 episode of 'Friends'? Then you should get top marks!

Quiz Answer Key and Fun Facts
1. Who is the actor?

Joey's full name is Joey Tribbiani. Joey's big break in acting came when he got the part of Dr. Ramoray on the hit soap, 'Days of Our Lives'. Then it ended when his character went into a coma but he came out of it about 3 years later but he needed a brain transplant to do so.

He got the brain of the longest serving cast member, Jessica, who got killed off by the writers. Joey then slept with her before she went of to do a movie in Mexico. Simple!
2. What ethnicity is Joey's family?

Joey cannot speak any Italian apart from the swear words which is all he knows and he taught some of them to Rachel.
3. Which character grew up on the street?

Phoebe grew up on the street after her father left her and her step mum committed suicide. She doesn't know her real mum but she has a twin sister who turns up every 'now-and-again'. Her twin sister is sort of the evil one out of them who lies, cheats and steals.
4. Who gave birth to a baby called Emma?

Rachel gave birth to baby Emma and the father was Ross. The 2 were not an item and Emma was an accident after they used a condom but Rachel still got pregnant! Leading up to the birth, Rachel didn't have a clue about babies and thought she was going to be terrible mother but Ross helped her.
5. Who was the father of baby Emma?

Ross didn't live with Rachel for a period of time when she was pregnant and she lived with Joey. Ross didn't like this because he missed things such as the baby kicking. Eventually, Rachel moved in with Ross.
6. Whose dad is a drag queen?

Chandler's dad is a drag queen and it's quite amusing when his dad meets his mum. They have made a couple of appearances, remembered the best for the jokes at Chandler and Monica's wedding.
7. Who is obsessed with everything being clean?

Monica has to have everything clean and neat but she has a closet in her apartment where there are piles of untidy junk that she can't cope with. Chandler was obsessed to find out what was in this cupboard and Monica had to open it once Chandler dropped his credit card inside.
8. What is Ross' first son's name?

Ross had this son with Carol, who was the lesbian who he divorced. Every so often he makes the odd appearance. Ross has tried to teach him about Hanukkah, Phoebe pretended to be his mum to get free tickets to a Sting contest and Ben also helped Ross play a practical joke on Rachel by throwing a dummy of Ross down a flight of stairs.
9. What is the name of the coffee house where the gang hang out?

The coffee house is run by Gunther. He has worked there for what seems like forever and never gets a promotion. He loves Rachel, who actually used to work in the coffee house.
10. Who is Monica's elder brother? 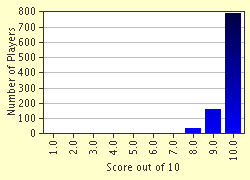 
Other Destinations
Explore Other Quizzes by Milky1989