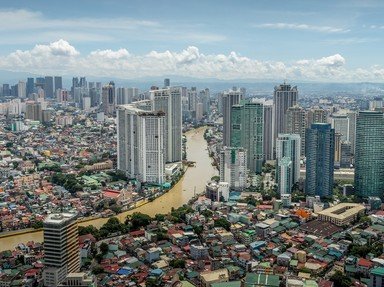 Andres Bonifacio, a president who was never to be. He was one of the most, if not the, most recognizable figure after Jose Rizal. Some people think that he might have been the first president if it weren't for Aguinaldo plotting to kill him...

He was born on November 30, 1863 in Tondo, Manila to a poor family who had to work very hard in order to make ends meet.
2. Andres Bonifacio was born in Tutuban, Tondo. Where did Tutuban get its name from?

The name Tutuban means the place where they make tuba, an alcoholic drink made from coconuts. There is no Spanish explorer named Tutuban.
3. Andres Bonifacio was named after the Patron Saint of Manila. Who is the Saint?

Most Filipino people name their children after some religious figure. He was not an exception. His proud parents wanted him to be a good man, and the name would be a testament to his future.
4. How many siblings did he have?

He had 5 siblings, 3 brothers and 2 sisters. Their names were Ciriaco, Procopio, Esperidiona, Troadio, and Maxima.
5. When did his mother die?

His mother got tuberculosis and succumbed to the illness in 1881. His father died a year later and he had to work full time and give up his studies to support his siblings.
6. Under what company did he work for as a clerk and later on an agent?

Ironically, the same company that he worked for was the company that bought his house so that they can demolish it for the Manila Railway Company.
7. True or False: Unlike other revolutionaries who pushed that the Philippines be a province of Spain, Bonifacio wanted the Philippines to be totally free from Spanish rule.

In his essay "What the Filipinos Should Know," Bonifacio wrote in Tagalog: "Reason tells us that we cannot expect anything but more sufferings, more treachery, more insults, and more slavery. Reason tells us not to fritter away time for the promised prosperity that will never come. Reason teaches us to rely on ourselves and not to depend on others for our living. Reason tells us to be united that we may have the strength to combat the evils in our country."
8. Bonifacio formed a group dedicated to taking up arms against the Spaniards. What was the group's name?

Together with his two friends Ladislao Diwa and Teodoro Plata, he formed the first triangle of a secret society which bore the initials K.K.K. The three letters stood for Kataastaasan Kagalang-galang na Katipunan nang manga Anak nang Bayan, or Katipunan, for short.
9. When was Bonifacio's political organization formed?

On the night of July 7, 1892 - the same day he heard that Rizal had been exiled - Bonifacio met secretly with his friends at a house on Azcarraga Street (now Claro M. Recto) in Tondo.
10. What was his father's given name?

He was a boatman who rowed people from Taguig, Rizal, to other towns along the Pasig River.
11. Of what descent was Bonifacio's mother?

Catalina de Castro was a mestiza born of a Spanish father and a Fil-Chinese mother.
12. What was the first name of the first wife of Bonifacio?

His first wife was from Palomar and died because of leprosy.
13. Who was the second wife of Andres Bonifacio?

He met Gregoria when he was 29 year old widower and she was 18 from Kalookan.
14. True or False: Andres Bonifacio and his second wife were married three times.

They were only married two times. First was in Binondo Church and the second one was in Sta. Cruz.
15. What happened on August 23, 1896 that shaped the lives of the members of the group Bonifacio formed?


Answer: They tore up their cedulas (residence tax papers)

On August 23, 1896, they tore up their cedulas and began the revolution to oust the Spanish occupation. He was not very successful in Manila.
16. There were two rival factions inside the group he formed. What was the faction that Andres Bonifacio supported?

He was part of the Magdiwang as supposed to the Magdalo faction of Aguinaldo. Sadly, his defeats in Manila and Aguinaldo's brilliance will prove to be the start of his downfall.
17. What was his title in the group he formed?

He was called the Supremo but his power was challenged by Aguinaldo.
18. When did he die?

After a death sentence, he was killed. He was only 34 years old. Some accounts suggest that he did not get a fair trial. It is ironic that the leader of the group will be the one that will be killed by the same group he formed.
19. What was the name of the mountain he was killed on?

Along with his brother he was killed at said mountain.
20. When he became a hero of the Philippines, as Apolinario Mabini is called the "Sublime Paralytic", what was the title of Andres Bonifacio?

This is pretty straightforward. He was a great hero of the Philippine Islands. I hope you learned from my quiz!
Source: Author GOP_Bush 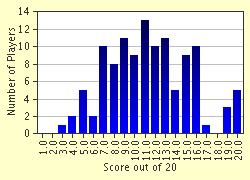 
Other Destinations
Explore Other Quizzes by GOP_Bush