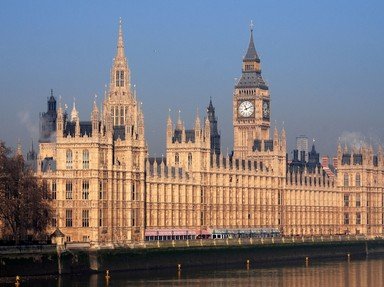 How much do you know about the first Cabinet of the British government to include a post called "Secretary of State for Exiting the European Union"?

Quiz Answer Key and Fun Facts
1. Who was the first person appointed to the post of Secretary of State for Exiting the European Union?

Following the outcome of the June 2016 referendum that saw Britons vote to leave the EU, the Prime Minister David Cameron tendered his resignation and the Conservative Party began a hunt for a new leader. Theresa May was appointed in July 2016 and quickly appointed David Davis - himself a former candidate for the party leadership - to the important new role of the member of the government responsible for negotiating and managing Britain's withdrawal from the European Union. Davis also gained responsibility for a new government department - commonly referred to by the somewhat unwieldy abbreviation of DExEU.
2. Theresa May's first Foreign Secretary was which well-known politician and supporter of the campaign to leave the EU?

With a history of comedic appearances on the satirical TV news show 'Have I Got News For You' and a somewhat bumbling mien, Boris Johnson (full name Alexander Boris de Pfeffel Johnson) was definitely not a traditional choice of Foreign Secretary - one of the four "Great Offices of State" alongside the Prime Minister, Chancellor of the Exchequer and Home Secretary.

However, he was a key figure in the successful "Vote Leave" campaign and an influential figure in the Conservative Party following eight years in the position of Mayor of London.
3. A Cabinet role considered highly influential to the Brexit negotiations process is that of Secretary of State for International Trade. Theresa May gave this position to which former GP in July 2016?

Liam Fox's political career began when he was elected to Parliament for the constituency of Woodspring in 1992 and gained a junior position in the Conservative government led by John Major. He stood for leadership of the party in 2005 and again versus Theresa May in 2016, when he was eliminated in the first round of voting.

He had previously held the role of Secretary of State for Defence in David Cameron's coalition government with the Liberal Democrats, although given his background as a medical doctor he might have been expected to start out in the Department for Health...
4. Theresa May's decision over who to appoint as Home Secretary in July 2016 would probably have been particularly important to her given that she had held the role for the previous six years. In the end, she gave it to which other female member of the previous Cabinet?

Amber Rudd served as the Secretary of State for Energy and Climate Change from 2015 to 2016 under David Cameron. The move to become Home Secretary was therefore a sizeable promotion for her. She also became only the fifth woman in history to hold one of the four "Great Offices of State" (after Margaret Thatcher, Margaret Beckett, Jacqui Smith and Theresa May) and the third woman to be Home Secretary. Before she entered Parliament, Rudd had a successful business career and she was also previously married to the writer, A.A. Gill.
5. In July 2016, the role of Secretary of State for Environment, Food and Rural Affairs was given to the person who had just finished as runner-up to Theresa May in the Conservative leadership contest. Who was this?

Andrea Leadsom was a relative political unknown when she put herself forward to compete against the Home Secretary Theresa May in the leadership election that followed David Cameron's resignation over the Brexit vote. She was an active campaigner for Brexit in the run up to the EU Referendum and used that fact as the basis of her leadership campaign.

She made it to the final round of the contest (defeating names such as Michael Gove, Liam Fox and Stephen Crabb in the process), but withdrew from the contest prior to the final ballot after her remarks connecting Theresa May's childless status and her suitability for the position of Prime Minister went down with the media and the public like a 'lead'(som) balloon.
6. In a rare case of stability, the Secretary of State for Health retained the job he had been given by David Cameron when Theresa May swept to power. Who was this somewhat lucky man?

Jeremy Hunt's retention as Secretary of State for Health (a job he was given in 2012) may have caused a few eyebrows. His previous time in the job had been marred by a long-running dispute with junior doctors over pay and reform of their working conditions, as well as consistent issues relating to the funding (or underfunding, depending on your viewpoint) of the National Health Service.

His only previous Cabinet role had been as the Secretary of State for Culture from 2010 to 2012 - a position that gave him responsibility for the successful delivery of the London 2012 Olympic Games.
7. Theresa May did not appoint a new Secretary of State for Scotland when she drew up her new cabinet in 2016, probably because the Conservative Party only held a single parliamentary seat in Scotland and that MP already held the position. Who was he?

The Scottish Conservative Party only managed to return one MP to Westminster at the 2015 General Election and that man was David Mundell, who represented the Dumfriesshire, Clydesdale and Tweeddale constituency of southern Scotland. Mundell first entered Parliament in 2005 and prior to that had been a member of the Scottish Parliament.

As a result of the Conservative Party's poor election results in Scotland and later the Scottish National Party's near clean sweep of Scottish seats in 2015, he became Shadow Secretary for Scotland during the party's time in opposition and then Under-Secretary for Scotland in the Coalition Government. (The Liberal Democrats were able to come up with a trio of MPs to hold the more senior position.)
8. The dual role of Secretary of State for Justice and Lord Chancellor went to which lady in July 2016?

The role of Lord Chancellor is a much older and more traditional position than that of Secretary of State for Justice (which was first created by Tony Blair in 2007). However, the job is now largely ceremonial except for the responsibility to represent the judiciary and run the courts system and related legal services. Like many Conservative politicians (both modern and historic), Truss attended and graduated from Oxford University - however, unlike many of her Cabinet colleagues, Truss was the President of the Oxford University Liberal Democrats and didn't join the Conservative Party until 1996.
9. Not all members of the government sit in the House of Commons. The Cabinet also includes the role of Leader of the House of Lords, a position given by Theresa May to which peer in July 2016?

Baroness Evans was granted a life peerage in 2014 and became the youngest female to sit in the House of Lords at the age of 38. Prior to this she was known as Natalie Evans and had worked for organisations such as the Chamber of Commerce and the New Schools Network, as well as the research department of the Conservative Party.

Her appointed deputy, the 7th Earl Howe, was one of the few remaining hereditary peers to maintain their position in the House of Lords, the first Earl Howe having been a Conservative political supporter of King George IV in the early 19th century. By contrast, Bowes Park is an area of North London in the boroughs of Haringey and Enfield.
10. The first man to serve as Chancellor of the Exchequer in a government led by Theresa May shares a first name with Theresa May's husband. Who is he?

Philip Hammond was shifted from one very senior job to another when Theresa May picked her first Cabinet in July 2016. He had held the position of Foreign Secretary from 2014 and was then moved across the table to become the Chancellor of Exchequer and take control of Britain's finances - a role made significantly more challenging by the decision to the leave the European Union.

In contrast to some of his new colleagues, Hammond was a vocal supporter of the Remain Campaign. (Theresa May's husband is Philip May; as a matter of interest, James May is a former presenter of the BBC Show 'Top Gear'.)
Source: Author Fifiona81

This quiz was reviewed by FunTrivia editor stedman before going online.
Any errors found in FunTrivia content are routinely corrected through our feedback system.
Most Recent Scores
Nov 25 2022 : sam388: 10/10
Nov 19 2022 : Guest 86: 2/10 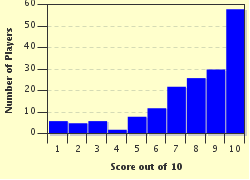 These quizzes were all written in 2017 for the FT Sprint lounge challenge.