The Cause of the Problem Trivia Quiz

Disasters at sea are not new, and unfortunately are not a thing of the past, either. Titanic struck an iceberg and sank, but was the iceberg the cause? We won't go into that here, but we will look at what caused a number of other maritime tragedies.

Quiz Answer Key and Fun Facts
1. The cause of the fire that destroyed the paddle steamer General Slocum in New York City's East River was probably a carelessly discarded match or cigarette. What other cause contributed to the high death toll on 15 June 1904, and led to a prison sentence for the ship's captain?

While panic and high winds may have played a part in the disaster, they did not lead to a prison sentence for Captain William Van Schaick, who was reported to be the last person to leave the burning pleasure craft. It was for poor maintenance of the ship's equipment that the captain was sentenced to ten years in prison, of which he served four. Over 1000 people, mostly women and children on an end-of-school outing, perished in the disaster.
2. Collision with the collier Storstad was the immediate cause of the sinking, in 14 minutes, of the liner Empress of Ireland, en route from Canada to Liverpool, on 29 May 1914. What weather phenomenon contributed to the collision?

The two ships had seen each other before the fog thickened, and it is uncertain why the collier was not able to avoid striking the Empress and sinking her in the St Lawrence River. The rapidity of the sinking made launching lifeboats almost impossible, and over 1000 perished.
3. The pleasure ship Eastland was about to take some 2500 employees of Western Electric and their families on a trip along the Chicago River to a nearby picnic site when she capsized beside the dock on 24 July 1915. She was known to be top heavy and often had listed to one side or the other before, but what addition to her upper decks might have been an ironic contributory cause to her demise?

Initially some members of the crew were arrested, and at least one source blames the chief engineer for mismanaging the ballast tanks (others exonerate him), but the addition of more lifeboats to comply with rules brought in after the Titanic disaster most likely contributed to the instability of an already "cranky" ship. Over 800 people, including some entire families, died in the tragedy.
4. The cause of the problem for three of these ships was an enemy torpedo during World War II. Which of the four instead met her fate by collision during World War I?

Having survived the long voyage from South Africa to England, the troop ship SS Mendi was unforturnate to collide with the freighter SS Darro in British waters, en route from Plymouth to Le Havre, in the early hours of 21 February 1917. The night was foggy and the Darro was travelling at full speed.

The majority of the troops on board the Mendi were black soldiers of the South African Native Labour Corps. Over 600 died, and are commemorated on the Hollybrook Memorial in Southampton, England.
5. The fire aboard the luxury liner Morro Castle spread quickly in the early morning of 8 September 1934, amid confusion on the bridge, where the first mate had taken over from the recently-deceased captain; panic amongst both passengers and crew and ineptitude amongst the latter. Many factors contributed to the spread of the fire, but its cause is unclear. One theory points a finger at a crew member once hailed as a hero. Which one?

Chief Radio Operator George White Rogers was initially praised for sending out an SOS from the burning ship, despite the inability of the acting captain to make the decision that this was necessary. Later, having joined the Bayonne, New Jersey police, he was convicted of trying to murder a fellow officer with an incendiary bomb. That officer developed the theory that Rogers had used something similar to set fire to the Morro Castle, but this was never proved. Rogers died in prison, having been convicted of a double murder some years later.

The death toll was 135 passengers and crew of a total of around 550.
6. The fire that destroyed the Great Lakes steamer Noronic in Toronto Harbour during the night of 17 September 1949 started in a linen closet, but the cause has never been established (though a discarded cigarette is suspect). What feature of the ship's décor was one cause of the fire's rapid spread?

When a crew member opened the closet door to investigate the smoke he had seen, the fire flashed quickly along the wood-lined corridor and became unstoppable, having ample fuel. Many crew members abandoned ship without rousing the passengers, and were described later as cowardly and inept.

The captain, however, was hailed a hero as he remained aboard, actively attempting to rescue as many passengers as possible. The number of dead has never been firmly established and ranges from around 120 to closer to 140, all passengers.
7. Fault for the collision between T/N Andrea Doria and MV Stockholm off Nantucket Island on 25 July 1956 has never been established, despite the large amount of testimony from many witnesses heard after the event. One likely cause was the failure (or misinterpretation, by one crew or both) of what piece of equipment?

Both ships were equipped with radar, and each had noted the presence of the other, yet neither officer on duty foresaw the collision until shortly before it happened. The Andrea Doria was sailing through fog approaching New York after her journey from Genoa, Italy.

The Stockholm was leaving New York and had not yet reached the fog bank; both ships were probably going too fast for the conditions. The Stockholm was able to return to New York, with five fatalities. The Andrea Doria took some time to sink, allowing for most uninjured passengers and crew to be rescued, but 46 died in the collision, or of injuries received therein.
8. The cause of the wreck of the Edmund Fitzgerald, other than that it occurred in bad weather on Lake Superior on the night of 10 November 1975, has never been agreed upon. Of the following, which has *not* been advanced as a cause of the sinking?

Immortalised in song by Canadian musician Gordon Lightfoot, the ore carrier went down rapidly on that gloomy November night, taking all 29 crew members with her. The ship's bell was later recovered from the wreck and is displayed by the Great Lakes Shipwreck Museum.
9. Shortly after leaving the port of Zeebrugge, Belgium on 6 March 1987, the passenger and car ferry MS Herald of Free Enterprise capsized. Why?

The crew member responsible for closing the bow doors slept through the alarm that should have alerted him that the vessel was about to leave harbour. Misunderstandings along the line led to the captain being told all was well and they sailed, beginning to take on water almost immediately. A sand bar stopped her from sinking entirely, allowing some to be rescued, but nearly 200 died.
10. On 13 January 2012, the Italian cruise ship MS Costa Concordia ran aground off an island in Tuscany. What caused the ship to hit a reef and roll onto her side?

Wishing to sail closer to shore to salute the people of the island, the ship's captain disengaged the course-setting computer and relied on his own local knowledge, with deadly consequences. He and other members of the crew, and some officers of the company that owns the ship, were later charged with manslaughter in the deaths of over thirty passengers.
Source: Author spanishliz 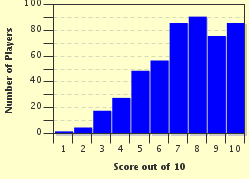