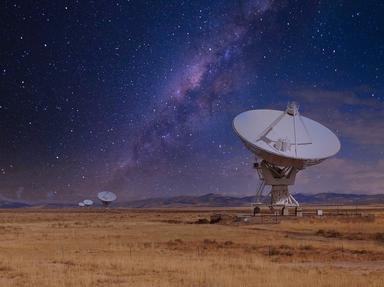 If It's Any Constellation Trivia Quiz

Can you identify the constellation by a photo of it, along with some supplementary clues in the questions to help?

Quiz Answer Key and Fun Facts
1. This constellation is named for a mythological animal. It contains eight named stars, and used to also have a ninth - Sirrah, which is now considered to be part of the Andromeda constellation. What constellation is this?

Pegasus was an original constellation, one of 48 noted by ancient Greco-Roman astronomer Ptolemy. In Greek myth, Pegasus is the winged horse who helped Bellerophon defeat the Chimera. Zeus turned Pegasus into a constellation and placed him in the sky.

Virgo, meaning virgin in Latin, was called The Furrow in ancient Babylonia, to represent a grain of corn. The star name Spica also represents grains. In Greek myth, Virgo is associated with Demeter, the goddess of agriculture (and similarly, associated with Ceres in Roman myth).

The fact that Spica is one of the brightest stars in the night sky makes Virgo a fairly easy constellation to find. It can also be found by following a curve in the Big Dipper into Bootes through the star Arcturus all the way to Spica, resulting in the mnemonic device "follow the arc to Arcturus and then speed on to Spica".
3. The parts of this constellation, one of Ptolemy's 48 constellations identified in the 2nd century, are said to be wings, a tail and a beak. A giant stellar association in the constellation contains one of the largest stars known - around 1650 times the radius of the Sun! What constellation is this?

Cygnus means swan. The constellation has been associated to several legends of mythology including Zeus disguising himself as a swan to seduce and impregnate Leda, a king's wife.

Canis major is the greater dog constellation and is represented as one of hunter Orion's hunting dogs (Canis minor, or lesser dog, being the other). It has also been said to represent other dogs in mythology, such as Laelaps, a dog given by Zeus to Europa. This follows a bit more closely with Roman myth, in which Canis major was also called Custos Europa and was the dog that guarded Europa.

Castor and Pollux are twin brothers from Greek myth; the Gemini constellation (and zodiac sign) represents twins. In mythology, they were sons of Leda, but Castor's father was Leda's husband and Pollux's father was Zeus. They were turned into the constellation and placed in the sky together when Pollux wanted to share his immortality with Castor, when Castor was killed. The twins are also associated with the phenomenon St. Elmo's fire.

In the constellation, the two brightest stars are also called Castor (spelled Chastor in the picture; it's a different language) and Pollux. Finding these two stars is one of the easiest ways to locate Gemini in the night sky.
7. This is the smallest out of all the constellations, but one of the most well known. It is easily seen in the southern hemisphere pretty much all year round. What is it called?

Crux, Latin for cross, is also known as the Southern Cross, for the cross-shaped asterism that is most predominantly seen in the constellation. It can be seen as well from tropical latitudes in the northern hemisphere at certain times of year, particularly towards the end of winter and early spring. It is surrounded on three sides by the constellation Centaurus; ancient astronomer Ptolemy originally considered Crux to be part of Centaurus. Nearby is the constellation Vela, which has an asterism within it known as the False Cross, because many people confuse it with Crux.

It is used as a national symbol by many nations in the southern hemisphere and can be found, for example, on the flags of Australia, New Zealand and several other countries.
8. Comprised of only three main stars (the triangle shape in the centre of the photo), this is a 'male' constellation with a similar-sounding name to its much larger female companion constellation. What constellation is this?

It was first included on a celestial globe by Jodocus Hondias in 1598 and first depicted in a celestial atlas in 1603 by Johann Bayer. The charting of the individual stars in the constellation was done in 1756 by French astronomer Nicolas Louis de Lacaille.
9. This constellation, named for a mythical animal, is not easily seen with the naked eye. Its main stars are not very bright, only slightly above magnitude 4.0. Its establishment is credited to Dutch astronomer Petrus Plancius. Which constellation is this?

Monoceros ('one horn') is the Greek word for unicorn. It is considered to be a modern-discovered constellation. The first certain appearance of it on globes and charts was around 1612/1613 on a globe created by Plancius. It was also charted in 1624 by German astronomer Jakob Bartsch under the label Unicornus. Some astronomers believe that the discovery of this constellation is older than the 1600s, citing a work from 1564 that makes reference to a 'second horse' between Gemini and Cancer that is not very bright. However, this may refer to a previously charted horse, not a unicorn, and the noted position does not match that of Monoceros.

Orion as a constellation is associated with many myths worldwide, but the name comes from Greek mythology, in which Orion was a large, very strong hunter. In art, Orion is usually shown with other related constellations such as Canis major and Canis minor, his hunting dogs, and Lepus (the hare), one of his hunting targets.

Of Orion's stars, Bellatrix and Betelgeuse represent his shoulders at the top of the hourglass figure. Rigel and Saiph represent his feet at the bottom. In the middle is Orion's belt, comprised of three stars: Alnitak, Alnilam and Mintaka. Descending off the belt is Orion's nebula, which is said to represent his hunting sword.
Source: Author guitargoddess 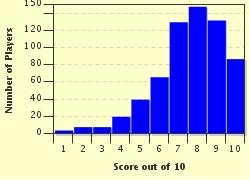