Musicians We Lost in 2010 Trivia Quiz

Several memorable musicians including Teena Marie, Eddie Fisher and Mitch Miller passed away in 2010. This quiz is about some of the others who left us.

Share on Facebook
Share on Twitter
Share by E-Mail
Author
shanteyman
Time
5 mins
Type
Multiple Choice
Quiz #
333,511
Updated
Jul 23 22
# Qns
10
Difficulty
Tough
Avg Score
5 / 10
Plays
850
Awards
Top 35% Quiz
This quiz has 2 formats: you can play it as a or as shown below.
Scroll down to the bottom for the answer key.

Quiz Answer Key and Fun Facts
1. Versatile and innovative musician Captain Beefheart passed away in December, 2010. What was his name at birth?

Don Glen Vliet began using the Captain Beefheart persona in 1964. The name was inspired by a collaboration with Frank Zappa called "Captain Beefheart vs. the Grunt People". Along with an ever-changing lineup of musicians he dubbed The Magic Band Beefheart toured and released a dozen albums until the early eighties.
Captain Beefheart's debut album, "Safe as Milk" was released in 1967.
He had a powerful voice and could play the saxophone, harmonica and a number of wind instruments. "Ice Cream for Crow" (1982) was the last studio album for Captain Beefheart. He retired in seclusion with his wife while dealing with the effects of multiple sclerosis.
James Newell Osterberg, Jr. is Iggy Pop's birth name. Vincent Damon Furnier took the stage name Alice Cooper and Hugh Nanton Romney was known as Wavy Gravy.
2. Recording artist Jimmy Dean enjoyed television success, formed a sausage company and had a major crossover hit with "Big Bad John" in 1961. In which 1971 James Bond film did he have a major role?

Jimmy Dean played Willard Whyte in "Diamonds are Forever". The character was loosely based on Howard Hughes.
After minimal success as a recording artist in the early fifties Jimmy Dean began a career in radio. He hosted Country Music formats and got to know many Country artists. By the late fifties he had his own radio show. In 1962 he received a Grammy Award for "Best Country and Western Recording" for "Big Bad John". The following year he began hosting his own television show until 1966. He appeared on several television shows as well as in "Diamonds are Forever". He passed away in June, 2010. His epitaph reads "Here Lies One Hell of a Man", a line from "Big Bad John".
"Live and Let Die" was released in 1973. In 1969 "On Her Majesty's Secret Service" was the only Bond film featuring George Lazenby as Bond. "The Man with the Golden Gun" was a 1974 release.
3. The late Alex Chilton gained national success in his teens as the singer for which Memphis-based group that had a chart topper in 1967?

Alex Chilton grew up in Memphis and won a singing contest while in high school with a band called the Devilles, who changed their name to the Box Tops. They recorded "The Letter" in a Memphis studio, It became a Number One hit and earned two Grammy nominations.
They followed up with other Top Forty hits but eventually disbanded in 1970. Alex then worked with a group dubbed Big Star for a few years then relocated to New York and began working on solo projects. He later moved to New Orleans where he assembled various groups and produced some solo efforts. He passed from a heart attack in New Orleans in March, 2010.
"Happy Together" was a 1967 Number One by The Turtles, fronted by Howard Kaylan and Mark Volman. The Chicago band, The Buckinghams, took "Kind Of A Drag" to Number One the same year. "Let's Live for Today" (1967) was on of many hits by the Los Angles area group The Grass Roots.
4. Which New Wave group was formed by singer Doug Fieger in Los Angeles in 1978?

Oak Park, Michigan, native Doug Fieger had played with Sky before meeting the other members of The Knack in 1978. Several labels had turned down demos of the songs that would eventually be recorded on their 1979 LP, "Get the Knack". One of the songs was "My Sharona", written by Doug Fieger and guitarist Berton Averre about Doug's girlfriend Sharona Alperin.
The song was an instant hit and was followed up with "Good Girls Don't". The Knack broke up in the early eighties. Fieger worked with other artists as a session singer. He was diagnosed with cancer in 2006 and passed away at age 57 in 2010.
The Clash and Squeeze formed in England. Paul Weller fronted The Jam.
5. Soul singer Teddy Pendergrass passed away in January, 2010. Which band from Philadelphia did he sing with in the seventies before embarking on a solo career?

In 1954 The Charlemagnes took on the name The Blue Notes when they were fronted by Harold Melvin. In 1970 Teddy Pendergrass of The Cadillacs was recruited as a drummer but quickly took over as a singer when John Atkins left. In 1972 "If You Don't Know Me by Now" propelled the band to national acclaim and Pendergrass stayed with them until 1977.
He released his eponymous debut solo album the same year. By the end of 1977 he was headlining packed shows.
In 1982 Teddy was left paralyzed from the waist down following an auto accident. He did not perform again until the "Live Aid" concert 3 years later.
"Car Wash" was one of many seventies hits by the Los-Angeles area group Rose Royce. The Dramatics formed in 1967 in Detroit and The Chi-Lites formed in Chicago in the late fifties.
6. What was the name of the singer from the fifties Doo-Wop group The Moonglows who co-wrote their hit, "Sincerely"?

Harvey Fuqua founded the The Moonglows. His uncle Charlie Faqua was in The Ink Spots. In 1951 Harvey formed a group he dubbed The Crazy Sounds. They came to the attention of legendary disc jockey Alan Freed who changed their name to the Moonglows and co-wrote "Sincerely". The song became a Doo-Wop classic.
Harvey left the Moonglows and Chess Records in 1961 to work at the fledgling Motown label. He suggested they sign a member of the Moonglows named Marvin Gaye. In 1971 Harvey signed with RCA Records where he produced various Disco artists. He passed away in Las Vegas at age 80 in 2010.
Fred Parris was a singer for the Five Satins. Bill Pinkney and Clyde McPhatter were both members of The Drifters.
7. Johnny Maestro was originally a member of the Crests. In 1968 Johnny Maestro and The Brooklyn Bridge had a Top Ten hit with which Jimmy Webb composition?


Answer: Worst That Could Happen

Johnny Maestro was born John Mastrangelo in New York City. While singing lead with the Crests they had some regional hits in the fifties until "16 Candles" became a national hit. They followed with songs such as "The Angels Listened In" and and "Trouble in Paradise".
Maestro left the band for a solo career in the early sixties. In 1967 he worked with members of The Del-Satins and The Rhythm Method who went on to form the Brooklyn Bridge, an 11-piece group that featured a horn section. They recorded a cover of The Fifth Dimension recording, "Worst That Could Happen" that became a Number Three hit.
After a few minor follow-up releases the group downsized and Maestro played guitar and sang lead. He died in Florida at age 70 in 2010.
"Dreams of the Everyday Housewife" was a 1968 Top Forty by Glen Campbell. "I Could Never Love Another (After Loving You)" was a Top Twenty by The Temptations the same year. "My Whole World Ended (the Moment You Left Me)" was a Top Forty solo release by David Ruffin 1969.
8. Which band did NOT feature singer Ronnie James Dio at one time?

Ronnie James Dio was born Ronald James Padavona in New Hampshire. He relocated to New York, assumed the last name Dio and worked with a number of local bands. By 1961 he had formed Ronnie Dio and The Prophets. After eventually changing their name to Elf they opened for Deep Purple.
That appearance led to Ronnie becoming a member of Ritchie Blackmore's band, Rainbow, in 1975. Four years later he joined Black Sabbath when Ozzy left the band. In 1982 Dio left Black Sabbath to form Dio. He later worked with several artists on studio projects until he was diagnosed with stomach cancer in 2009. He died the following year.
Free featured Paul Rodgers before he was in Bad Company.
9. Which Country singer was June Carter's first husband and had over 25 Top Ten Country hits beginning in 1951?

Carl Smith and June Carter were married from 1952 until 1956. Their daughter, Rebecca Smith, became a Country singer using the name Carlene Carter.
Carl Smith listened to the "Grand Ole Opry" on the radio and longed to become a singer. He began working at a radio station and after recording a singing demo in 1950 he was signed to Columbia Records. The following year "Let's Live a Little" reached Number Two and began a string of hits that lasted into the seventies.
In the late fifties he relocated to California to start acting and married singer Goldie Hill. He went on to host various television shows and toured with "The Phillip Morris Country Music Show". In the early eighties he retired to his home in Tennessee and passed in 2010 at age 82.
"Wondering" was Webb Pierce's breakout hit in 1952. Red Foley had his first hit in 1951 with "Peace in the Valley". Ten years earlier Ernest Tubb released "Walking the Floor Over You".
10. Bass player Tom "T-Bone" Wolk did studio work for several artists and was a member of the "Saturday Night Live" band. Which act did he tour and record with beginning in 1981 with their "Private Eyes" album?

New York native Tom "T-Bone" Wolk and guitarist George Edward "G. E." Smith were part of the backing band for Hall and Oates. They toured and recorded constantly until Hall and Oates decided to take a break in the mid eighties. Smith had previously worked with Gilda Radner and was invited to head up the band at "Saturday night Live".

He brought T-Bone along. T-Bone has also worked with Carly Simon, Elvis Costello, Squeeze and Billy Joel among others. He worked on Daryl Hall's solo projects and recorded with Guy Davis before passing from a heart attack in 2010. Joe Puerta played bass guitar and sang backing vocals for Bruce Hornsby and the Range when they formed in 1985. Lee Sklar played bass for Phil Collins on several tours. From 1979 to 1995 Mario Cipollina played bass for Huey Lewis and The News.
Source: Author shanteyman 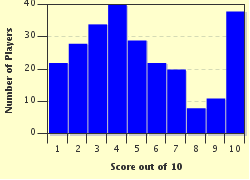