Welcome to the third installment of the Rock & Roll Cemetery series. I hope you enjoy.

Quiz Answer Key and Fun Facts
1. Ronald Belford Scott died February 19, 1980. For which band was he the frontman?

After a serious motorcycle accident that ended his time with the band Fraternity, Bon worked as part time chauffeur for then fledgling band AC/DC. More impressed with his singing than his driving, the band soon had him as front man. The day of his death, he left a London club around 3 a.m. with friend Alisdair Kinnear. Unable to drag the inebriated vocalist from his car, Kinnear left him to sleep it off.

He awoke the next day to find Scott dead.
2. Queen front man Freddie Mercury died November 24, 1991, due to bronchial pneumonia brought on by AIDS. Can you remember his real name?

Born Farrokh Bulsara, Freddie is quoted, "whether I'm rich or starving, I want to give my all, I want to go onstage and die for the show!" Some stars are celebrated because of their early death, but Freddie Mercury is no such star. Queen made him famous, Live Aid made him a legend, and his death made him immortal.
3. Frank Zappa died December 4, 1993, of prostate cancer. Can you name his band?

Some mavericks amass an extraordinary body of work without ever impinging on the mainstream. Frank Zappa's catalog of nearly 100 albums is unexplored territory for most rock fans, yet they have him to thank for Alice Cooper, Steve Vai, and tireless campaigning against music censorship.

In a twist of irony, while undergoing painful cancer treatment, Frank received a "sweet" letter from PMRC founder Tipper Gore. He is laid to rest in an unmarked grave (to avoid vandalism) at the Westwood Village Memorial Cemetery near Roy Orbison.
4. Jim Morrison died July 3, 1971, under questionable circumstances at best. Where is he buried?

James Douglas Morrison is buried in Paris' Pere Lachaise cemetery. Or is he? The events of July 2, 1971 still remain vague. After dinner with girlfriend Pam Courson, Jim may have headed for a bar by the Seine called the Rock 'n' Roll Circus; he may have caught a Robert Mitchum film at the cinema; he may have simply returned to their apartment. According to Courson, Jim complained of feeling unwell, so she ran him a bath.

A fiery man with a short fuse, Peter Tosh regularly attracted controversy and violence. He was frequently beaten by Jamaican police, but his end came at the hands of three thieves who talked their way inside his Kingston home. Demanding money, Tosh scoffed at them, for which he was severely beaten, then shot twice in the forehead, along with his herbalist Wilton "Doc" Brown and DJ Jess "Free-I" Dixon. Tosh's assassin, ex-con Dennis "Leppo" Lobban turned himself in and, after an eleven minute jury deliberation, was sentenced to hang.
6. Rock 'n' Roll's first ever martyr, the prototype good looking corpse, Johnny Ace, died December 25, 1954. What ended his life?

In common with many premature exits, Johnny Ace's exit was eminently avoidable. Following a Christmas Day performance at the City Auditorium in Houston, Ace was backstage drinking with some of the other acts. With his girlfriend on his knee, firearm-loving Ace produced a .22-caliber "Saturday Night Special" , pointed it at a couple of those present, and pulled the trigger; both times the chamber was empty.

Not so when he pointed the gun at himself, allegedly announcing " I'll show you that it won't shoot", pulled the trigger, shot in the head, he died instantly.
7. Red Hot Chilli Peppers guitar player, Hillel Slovak, died June 25, 1988. Can you remember how?

Playing guitar for the Chilli Peppers may seriously damage your health. Dave Navarro fell off the wagon, John Frusciante nearly died, and their original guitar hero, Hillel Slovak did die. Born in Haifa, Isreal, Slovak moved to the U.S. when he was four, and hooked up with singer Anthony Kiedis, bassist Michael " Flea" Balzary, and drummer Jack Irons after high school and formed What is This?, that evolved into the Chillis. Slovak and Irons stuck it out with What is This? , and didn't perform on the 1984 debut album, but returned for 1985's "Freaky Styley" produced by funk overlord George Clinton. Clinton and Kiedis had a colorful drug history, and on the subsequent tour, Slovak too became an addict.

To say that Roy Kerton Orbison had a roller coaster life/career would be understating. At the height of his success his world came crashing down. In 1966, his wife Claudette died in a motorcycle accident and, two years later, a fire at his Hendersonville Tennessee home killed two of his three sons.

The late '60s and the '70s represented a lean period for Orbison. It wasn't until the next decade his star rose once more. Orbison found considerable chart success as a member of supergroup The Traveling Wilburys alongside Bob Dylan, George Harrison, Tom Petty, and Jeff Lynne. Roy died of a massive heart attack while visiting his mother.

He had undergone triple bypass surgery a decade prior.
9. John Denver's life ended October 12, 1997. What ended it?

John died while piloting a newly purchased experimental aircraft, reportedly with the intention of "buzzing" his friend Clint Eastwood's home, when he crashed into California's Monterey Bay. The accident was variously blamed on Denver's failure to refuel the plane, his unfamiliarity with the controls, and the plane's design.

His ashes are scattered over his beloved Rocky Mountains in Colorado.
10. Michael Hutchence sadly took his own life by hanging November 22, 1997. What band did he front?

Formed in 1979, INXS frontman Michael Hutchence, was found dead, alone in a hotel room at age thirty-seven. The coroner concluded: "The deceased was in a severe depressed state...combined with the effects of the substances that he had ingested. I am satisfied that the deceased intended to and did take his own life."
Source: Author Duefer 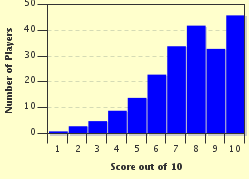 
Other Destinations
Explore Other Quizzes by Duefer