Chris is cross because I keep getting my Chrises crossed. Could you help me identify these famous people, current and historical, whose first names begin with Chris?

Quiz Answer Key and Fun Facts
1. Who was the huge, powerful Chris who unknowingly carried a very important person across a river?

St. Christopher is identified with a Roman soldier named Menas, who was over seven feet tall and very strong. After being converted to Christianity, he served the Lord by carrying people across a river on his powerful shoulders. One day, while carrying a child, he felt his burden get heavier and heavier, as if he had the whole world on his shoulders.

He had been carrying Christ, with the weight of all the world's sins. His name was changed to Christopher, which means "Christ bearer."
2. What Chris was credited with the dynamic leadership of a U.S. state during a time of natural disaster in October, 2012?

News coverage of New Jersey Governor Chris Christie's handling of the emergency surrounding Hurricane Sandy in October, 2012, was overwhelmingly positive. Consistent with his working class image, Gov. Christie is known as an outspoken and controversial figure in the Republican party and as a large man who deflects negative publicity for his weight.
3. What Chris, known for melodious singing, has spent time with a mouse, a genie, and a green man?

While the word "melodious" may bring Renaissance poet Christopher Marlowe to mind, the singer / songwriter here is Christina Aguilera, who began her professional career as a "mouseketeer" on Walt Disney's Mickey Mouse Club. "Genie in a Bottle" was one of her first hits as a singer.

In 2011, she began her time as a judge on the television music competition "The Voice" along with Adam Levine, Blake Shelton, and (the "green man" in our question) Cee Lo Green.
4. Which Chris - a professor of mathematics, physics, and astronomy in Prague during the 19th century - is best known for his "shift" or "effect"?

Christian Doppler (whose middle name is sometimes given as Andreas and sometimes as Johann) figured out a phenomenon in the physics of waves (such as sound and light) that we now call the "Doppler shift" or "Doppler effect" in his honor. We experience the Doppler effect when the sound of a passing train or emergency vehicle changes in relation to its distance from us and whether it is coming toward us or moving away (its sound frequency shifts upward when approaching, downward when moving away). Perception of any wave works this way, making Doppler radar possible. Don't ask me how: it's all in the math.
5. Which Chris, the child of a French fertilizer producer, opened a fashion design house in 1946 and is quoted as saying, "I have designed flower women"?

Christian Dior opened his fashion design house after World War II, when rationing limited how much fabric could be used. In the late 1940s into the 1950s, Dior took advantage of the availability of fabric to create dresses with long, full skirts that emphasized small waists and brought out elegance, femininity, and luxury in their wearers.

In only ten years, until his death in 1957, he greatly influenced the fashion industry.
6. What person named Chris was born the same year as William Shakespeare but reportedly died much sooner, leaving behind a Doctor Faustus, a royal Edward, a Maltese Jew, a Scythian shepherd called Tamburlaine, a passionate shepherd and his love, among other literary progeny?

Christopher Marlowe has been highly praised for his drama and poetry: it has been said that if only the poem "The Passionate Shepherd to His Love" survived, that would be enough to insure Marlowe a place in literature books; and his first play "Tamburlaine" revolutionized the style of Elizabethan drama, influencing William Shakespeare and others who followed. I added the words "reportedly died" because, for some fans - even into the 21st century - a question mark follows the date of Marlowe's death (in 1593 in a tavern brawl while in the service of Elizabeth I as a spy?).

A few think Christopher Marlowe began a new life under the name William Shakespeare, a speculation that the film "Shakespeare in Love" exploits playfully. As with Elvis, there are still sightings of our Chris, if only literary ones.
7. This Chris was an architect whose work blossomed after a fire in 1666 destroyed many buildings in his city. Who was this person, whose gravestone in St. Paul's Cathedral suggests, "If you seek his memorial, look about you"?

Christopher Wren designed and supervised the building of St. Paul's Cathedral (which he had begun refurbishing as early as 1661) and 51 other churches, after the Great Fire of London in 1666 destroyed over two-thirds of the city. He also was the architect of the Royal Observatory at Greenwich and the library at Trinity College, Cambridge, and was involved in the design or renovation of numerous other buildings.
8. When this Italian-French Chris's spouse died, a career as a writer provided a way to support three young children. Who was this Chris, whose "Book of the City of Ladies" and other writings (including a final poem about contemporary Joan of Arc) persuasively refuted medieval prejudices about the intelligence and competence of women?

A wife at age 15 and a widow at 25, during the Hundred Years' War between England and France, Christine de Pizan or Pisan (1364-1430) is recognized by many (including Simone de Beauvoir) as the first French feminist writer. She was born in Venice, Italy, but spent most of her life in France and wrote in Middle French. Christine opposed the medieval traditions of chivalry and courtly love that glorified war and objectified women.

Her rhetorical strategies of subtle but incisive counter argument are still being studied in the 21st century.
9. Which Chris, part of a famous circle of writers and visual artists involved in the Pre-Raphaelite Brotherhood, wrote a poem called "Goblin Market"?

Christina Georgina Rossetti (1830-1894) was the sister of Dante Gabriel Rossetti, who with other artists created the Pre-Raphaelite Brotherhood, which was interested in linking visual arts to the Romantic movement in poetry. Her mother, Frances Polidari, was the sister of a close friend of Lord Byron. Christina wrote many poems, including devotions and children's verse, but "Goblin Market" - with erotic implications underneath its surface for many readers, social protest against child prostitution for others - is most often read and remembered.
10. This Chris, who was called "Billy Moon" as a child, has provided joy for children and adults who love his fictional persona and his stuffed bear and other animal friends. Who was this person immortalized by his father Alan in children's literature?

By his own account, Christopher Robin Milne enjoyed the "Winnie the Pooh" stories as a young child and even helped to invent some of the plots by acting them out with his father, Alan Alexander Milne, and neighborhood children. He loved the country environment of his childhood and continued to be an environmentalist all his life. His parents had nicknamed him Billy, and "Moon" was added because of his mispronunciation of his last name, Milne.

As a shy child, Christopher was cruelly bullied by other boys when he was sent away to school, and the Christopher Robin poems were used to tease him, causing him to resent his father's stories. In many ways, Christopher Robin Milne's adult life was sad, but the stuffed animals still exist and are displayed at the New York Public Library.
Source: Author nannywoo 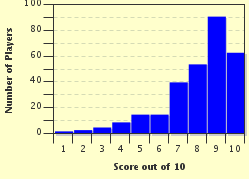 Related Quizzes
1. Famous People Called Charles Tough
2. A Bunch of Clives Easier
3. Well Known Carols, Caroles and Carrolls Average
4. Women Called Diana Average
5. Let's Go a "Carol"-ing: People, not Songs Easier
6. Who am I? D-A-V-I-D is the name of the game. Very Easy
7. Who am I? C-H-A-R-L-E-S is the name of the game. Very Easy
8. C-Me Average
9. Are they a Daniel, Dan or Danny Very Easy
10. Are they David, Dave or Davy Easier
11. Every Tom, Dick, and Harry: Dick Edition Easier
12. Darling Deborahs Average


Other Destinations
Explore Other Quizzes by nannywoo