The name David is probably from the Hebrew name "Dawid" meaning "beloved". All you need to do is identify the correct David from the clues that are given.

David Janssen (1931-1980) was an American film and television actor. He had starring roles in a number of TV series. However, he is maybe best remembered for his role as Dr. Richard Kimble in the series "The Fugitive" (1963-1967).
2. Baseball Hall of Famer

David "Dave" Winfield is a former MBL player who started his career at the San Diego Padres in 1973 and finished in 1995 at the Cleveland Indians. During his career he hit 495 home runs, 12 times an All-Star and won the World Series Championship with the Toronto Blue Jays in 1992. He was inducted into the Baseball Hall of Fame in 2001.
3. Novel by Charles Dickens

Charles Dickens (1812-1870) was an English writer who has given us some memorable world famous fictional characters. The novel "David Copperfield" was the eighth novel by Dickens which started out as a serial in 1849 but converted to a book format in 1850.

Dwight D. "Ike" Eisenhower (1890-1969) was a five-star general in the US Army during WWII and became the 34th U.S. President from 1953-1961. Eisenhower was the first President to come under the 22nd Amendment restricting a person to only be elected a maximum twice to the position.
5. Spanish Footballer (soccer)

David Silva is a Spanish professional footballer who currently plays in the English Premier league. He started his football career with Valencia in 2003
and has represented Spain in over 100 international games. He was a member of the Spanish squad that won the 2010 FIFA World Cup.
6. Writer and producer

Larry David is an American writer, producer, comedian, actor and playwright. Together with Jerry Seinfeld he created the TV series "Seinfeld" and served as the head writer and executive producer from 1989-1996. He has appeared in a number of films and TV programs.
7. Henry Morton Stanley

The meeting of Stanley and Livingstone occurred on November 10, 1871 on the shores of Lake Tanganyika.
8. UK Prime Minister

David Lloyd George (1863-1945) was a Welsh politician and statesman. He was Prime Minister of the United Kingdom from 1916-1922. It was during his time as Chancellor of the Exchequer (1908-1915) that he introduced the social welfare system.
9. English Actor

David Niven (1910-1983) was an English actor of film, stage, radio and an author. He attended the Royal Military College, Sandhurst and when pursued an acting career in Hollywood. When WWII broke out he returned to Britain and participated in the Allied invasion of Normandy in June 1944.

After WWII he resumed his acting career in Hollywood and appeared in numerous movies winning an Academy Award for Best Actor in the movie "Separate Tables" (1958). In 1967 he played the role of Sir James Bond in "Casino Royale".
10. Songwriter/Lyricist

Hal David (1921-2012) was an American lyricist. In the 1940s he wrote material for the bandleaders Sammy Kaye and Guy Lombardo. In the 1950s he collaborated with Burt Bacharach and they wrote and composed material for Dionne Warwick, The Carpenters, Dusty Springfield, Gene Pitney, B.J.Thomas, Tom Jones and many other artists. David and the Bacharach collaboration included such hits as "Alfie", "Raindrops Keep Fallin' on my Head", "The Look of Love", "(They Long to Be) Close to You", Walk On By", "What's New Pussycat?", "This Guy's in Love with You", "What the World Needs Now is Love" and many more.
Source: Author zambesi 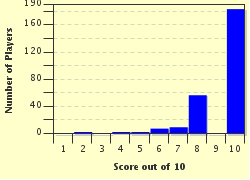