A variety of questions about British birds which have a colour in their name (redwing, blackbird, etc). The birds featured range from very familiar species through to some of the rarer UK birds. Have fun.

Quiz Answer Key and Fun Facts
1. The first colour is blue. Which of these birds is commonly found on garden feeders in Britain?

The blue tit (Cyanistes caeruleus) is one of the most widespread and numerous of British birds. The RSPB estimate its annual breeding population to be around 3.5 million pairs. It is regularly seen at garden feeders and individuals can become very tame.
The bluethroat (Luscinia svecica) is a bird with a similar shape and size to the robin (Erithacus rubecula) but has a bright blue throat edged with black, white and chestnut. It is a widespread species globally but is usually only seen on passage in Britain. It is most often seen along the south and east coasts. The bluethroat rarely comes into gardens and feeds mainly on insects.
The duck known as the blue-winged teal (Anas discorsis) is a long distance American migrant. Individuals are sometimes seen in Britain mostly in the western half. It would be extremely unlikely to see a blue-winged teal at a garden feeding station.
Bluebird is a generic term for three North American species of thrush. Despite the lyrics of the WWII song "There'll be bluebirds over the White Cliffs of Dover" no species of bluebird has ever been recorded in Britain.
2. The next colour is yellow. Which of these names is not a bird found in Britain?

The starling (Sternus vilgaris) is still a common British bird although its numbers started to decline in the late twentieth century. The rose-coloured starling (Sturnus roseus) is occasionally seen in Britain but there is no such bird as a yellow-coloured starling.
Yellow-browed warbler (Phylloscopus inornatus) usually breeds in Asia. It is seen more or less annually in Britain during Autumn passage and less frequently during Spring.
The yellowhammer (Emberiza citrinella) is a resident member of the bunting family.
The yellow wagtail (Motacilla flava) is largely a Summer visitor to Britain. There are several sub-species and races which pose quite a few taxonomic problems.
3. There are a dozen or so British birds with black in their name. Which of these four birds is also known as a 'tystie'?

The black guillemot (Pluvialis squatarola) is mostly found around the western and northern coasts of Scotland. Further south you are more likely to see common guillemot (Uria aalge). The name 'tystie' is thought to have originated in the Shetland Islands but is in common use thoughout much of Scotland.
The black grouse (Tetrao tetrix) is a largish gamebird found in upland areas of Wales, Northern England and Scotland.
The black kite (Milvus migrans) does not breed in Britain but a few individuals are spotted most years usually in southern counties of England.
The black-throated diver (Gavia arctica) can be seen around British coasts and large inland lakes. Around 200 pairs breed in Scotland with Winter numbers peaking at around 700 birds in most years.
4. It's time to look at some grey birds. Three of these birds are relatively common in Britain. Which one is not found in Britain?

Some non-birdwatchers think that the blue tit's larger cousin the great tit (Parus major) is called the grey tit. An easy mistake to make I guess until you think that the great tit is mostly yellow and black, There is a bird called the grey tit (Parus afer); it is found is found in South Africa. The grey tit is non-migratory and is extremely unlikely to be seen in Britain, certainly there are no records of any.
The grey heron (Ardea cinerea) is the most common heron seen in Britain. It can be seen on any stretch of water from lakes in city parks to coastal areas.
The grey wagtail (Motacilla cinerea) is a really attractive bird with lemon underparts and a pale grey back and darker wings and tail. It mostly breeds along small upland streams but can be found almost anywhere during the Winter; I have seen them in my small back garden on several occasions.
The grey plover (Pluvialis squatarola) is mostly seen around estuaries where numbers can peak to tens of thousands during passage times.
5. Now we go for gold. Which is the only one of these four British birds that would be completely at ease underwater?

The goldeneye (Bucephala clangula) is an attractive diving duck. About 200 pairs breed in Scotland but it is mostly known as a Winter visitor to England and Wales. The male has a handsome black and white plumage with the bright golden eye-ring for which they are named. The female is mostly brown and grey.
The goldcrest (Regulus regulus) is a fairly common bird which is usually cited as Britain's smallest bird (although the much rarer firecrest (R. ignicapillus) is much the same size). The goldcrest is usually found around conifer trees it would not be happy on the water let alone under it.
The beautiful goldfinch (Carduelis carduelis) is a common small bird. It loves to feed on the seeds of thistle, teazle and similar plants. Goldfinches are definitely not adapted to an aquatic environment.
The golden oriole (Oriolus oriolus) is a brilliantly coloured bird but can be very difficult to see as it tends to stay in the tops of trees. It is a rare bird in Britain with fewer than twenty pairs nesting in south-eastern England.
6. Red can be an obvious feature of a bird's plumage so is often included in a bird's name. Which of these birds is a wader?

The red-necked phalarope (Phalaropus lobatus) is a very interesting species. Firstly in breeding plumage the female is more brightly coloured than the male. Secondly, although it is definitely a wader, the red-necked phalarope can often be seen swimming on the surface of the water. It is normally a passage bird in Britain and is rarely seen in full breeding plumage.
The red-crested pochard (Netta rufina) is uncommon in Britain. It is a popular bird in wildfowl collections and escaped birds are certainly involved in some sightings. It does occur on passage from its more usual range in southern Europe and Asia. It should not be confused with the common pochard (Aythya ferina) which is a common winter visitor to British waters.
The red-backed shrike (Lanius collurio) no longer breeds in Britain but the RSPB and other bodies are trying hard to encourage 'the butcher-bird' to return.
The red-breasted merganser (Mergus serrator) is a sawbill diving duck. It is usually seen around the coast and on large inland lakes. It always appears as a rather scruffy bird with a noticeable ragged crest.
7. Approximately half of all bird species belong to the order Passeriformes or perching birds. Which of these 'green' British birds belong to that order?

The greenfinch (Carduelis chloris) is a common British finch belonging to the Fringillidae family in the order Passeriformes.
The green woodpecker (Picus viridis) is not surprisingly in the woodpecker family Picidae in the order Piciformes. The green woodpecker is by far the largest woodpecker found in Britain; it is about the size of a collared dove.
Both greenshank (Tringa nebularia) and green sandpiper (Tringa ochropus) are waders in the Scolopacidae family within the order Charadriiformes. Both species are commonly observed in Britain.
8. Now for a quick look at birds whose names feature slightly more unusual colours. A 1944 British movie was based upon the discovery of a pair of rare birds which were breeding in The Cotswolds. The local people were determined to protect the birds and their nest. The Latin name of the bird, Anthus campestris, was used frequently throughout the film. What was the name of the movie?

Several species of pipit are common birds in Britain including meadow pipit (Anthus pratensis), tree pipit (A. trivialis) and rock pipit (A. petrosus) but the tawny pipit (A. campestris) is not seen very often. The rather whimsical movie focused on the community spirit in wartime Britain although the shots of the birds were actually of meadow pipits!
The grey heron (Ardea cinerea) is a common bird of lakes and marshes etc in Britain. The purple heron (Ardea purpurea) is mainly found in mainland Europe and Africa. It is not often seen in Britain but does occur occasionally mostly in the south and east. It has not bred in Britain to date (2008) but may follow little egret (Egretta garzetta, first bred 1996) and cattle egret (Bubulcus ibis, first bred 2008) as a breeding species some time in the future.
The cream-coloured courser (Cursorius cursor) is a bird which inhabits open dry habitats in Africa. Sightings do occur in Europe as far north as the UK but most British sightings are on offshore islands such as The Scilly Isles. There are no British breeding records of cream-coloured courser.
The roseate tern (Sterna dougallii) is a rare breeding species in Britain with a few well-scattered colonies. They are also seen as passage birds.
9. Some black and white birds include the word pie or pied in their name. Which of these is not the name of a British bird?

In the context of colours the words pie, pied and piebald usually mean a black and white combination. "The Pied Piper" is a German folk hero featured in Robert Browning's famous poem. Many illustrations of The Pied Piper show him in garish clothes which is seemingly at odds with his title. There are several different species of sandpiper but there is not a pied sandpiper.
In most of Europe the white wagtail (Motacilla alba) is a common species. In Britain the birds have much more black on them and are recognised as a race known as the pied wagtail.
The magpie (Pica pica) is a common member of the crow family found in a large variety of habitats.
The pied flycatcher (Ficedula hypoleuca) is a charming Summer visitor to Britain found mostly in western oakwoods.
Other British birds with black and white plumage include the pied avocet (Recurvirostra avosetta) which is the emblem of the RSPB.
10. Sometimes one colour just isn't enough! If you were lucky it would be possible to see three of these birds in Britain. Which one is a fake name?

The whitethroat (Sylvia communis) is a common Summer visitor to scrubland. It has a close relative, the lesser whitethroat (Sylvia curruca) which is much scarcer but there is no buff-breasted whitethroat. The buff-breasted sandpiper (Tryngites subruficollis) is an American wader which is occasionally seen in Britain.
Black redstart (Phoenicurus ochruros) is a rare bird in Britain with only about 100 breeding pairs in most years. It prefers urban environments such as derelict buildings and power stations. The majority of my sightings have been within a mile of Birmingham city centre.
The white-winged black tern (Chlidonias leucopterus) is a small tern with a huge geographical range. It has been recorded in Australia, Asia, Europe, Africa and North America. It is largely found around freshwater lakes and marshes. It does not breed in Britain but occurs as a passage migrant.
The scarlet rosefinch (Carpodacus erythrinus) is another rare bird in Britain. It occasionally breeds but is more often seen as a passage migrant. It is most often spotted along the eastern coasts of Scotland and Northern England. 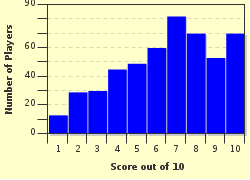