Here is a selection of the songbirds or, more accurately, perching birds, that you can hear and see regularly in Great Britain. Identify them from the photos and the clues.

Quiz Answer Key and Fun Facts
1. A resident breeding species in Britain, 'Garrulus glandarius' is a member of the crow family. Most often found in mixed woodlands containing oaks, it is a habitual hoarder of acorns. You can expect to be woken up by the rasping screech of which bird?

Often simply called 'jay' in Great Britain, the Eurasian jay can be found across a wide area from Western Europe through northwest Africa to the Indian subcontinent.
Known for the rasping screech of its alarm call when it spots a predator, the Eurasian jay is also an excellent mimic, and you will often only know it is a jay by actually seeing it.
Jays collect acorns and other seeds for winter storage. It is also partial to fruits such as blackberries, but its main diet consists of small invertebrates, young birds and eggs, insects and bats. It is, in turn though, on the menu of goshawks, peregrines and tawny owls.
2. This small songbird from the kinglet family is essentially one species within the group of Old World warblers. 'Regulus regulus' is known as the "king of the birds" in European folklore. Its call is a thin, high-pitched 'zee' repeated at regular intervals. Which bird is this?

A resident breeder in Britain, the goldcrest has a habitat spanning most of Europe and Asia plus the Macaronesian islands off the coast of northwest Africa. It usually breeds in coniferous woodland and gardens, building its nest on a tree branch.
Almost exclusively insectivorous, the goldcrest feeds mostly on aphids and spiders as well as the cocoons and eggs of spiders and insects. The Eurasian sparrowhawk is the goldcrest's main predator, although merlins and long-eared owls are also dangers.
3. Resident year-round in Great Britain and across much of Europe, its distinctive black head makes 'Parus major' a distinctive bird to spot. A particularly vocal bird with more than 40 calls, most people will recognize the one that sounds like a squeaky wheelbarrow wheel. Which bird is this?

The great tit is most often seen in open deciduous woodland, mixed forests and forest edges, or in clearing in denser forested areas. It does not migrate and nesting pairs can usually be found in the same region throughout the year. Cavity nesters, they often breed in a hole inside a tree and they are also happy to make use of human-provided nest boxes.
Great tits are very popular garden birds and can often be seen performing acrobatic stunts to gain access to nuts or seeds provided by humans.
In the summer months the great tit feeds almost exclusively on insects and spiders. Caterpillars are a particular favorite during the breeding season. In the winter, they add berries and seeds to their diet when insects become scarce.
4. A slender streamlined body, long pointed wings and a short bill mean that 'Riparia riparia' is adapted to aerial feeding. Sometimes called a bank swallow, this bird is common throughout the northern hemisphere in the summer before it migrates south for the winter. Which bird is this?

The sand martin is a member of the swallow family and can be seen throughout Europe, North America and northern Asia during the breeding season. In the winter months, it heads to Africa, South America and southern Asia.
When flying, the twittering song of the sand martin is continuous. It also has a harsh alarm call for when it spots predators that need to be driven off.
The sand martin nests in a tunnel bored into sand or gravel. A sociable bird, you will sometimes find hundreds of pairs nesting in close proximity.
5. A summer-time breeding visitor to Great Britain and much of Europe as far east as the Urals, 'Phylloscopus sibilatrix' winters in tropical Africa. Look for it in shady mature woodlands, particularly around beech and sessile oak trees. Its yellow supercilium, throat and upper breast make it easy to spot. Which bird is this?

The small but distinctive wood warbler is commonly seen in open woodlands with sparse ground cover. It builds its dome-shaped nest in shrubs near ground level. Insectivorous like most European warblers, this bird has a singsong combination of two calls, usually repeated alternatively. One is a series of between three and five descending piping notes.

The other is a higher pitched metallic trill of increasing tempo.
6. A resident breeder in Great Britain, 'Sylvia atricapilla' is most often seen in mature deciduous woodland. You might identify him by the rich musical song which often ends with a loud high-pitched crescendo. Which bird is this?

Olive-grey or pale grey, the Eurasian blackcap has a coloured cap on his head, black in the case of males and reddish-brown for females. His nest can often be found in low-lying brambles, and although he generally prefers mature woodland he is equally at home in the overgrown hedgerows of parks and large gardens. Tall trees for use as a song post are a must, though.
The blackcaps diet includes aphids, flies, beetles, caterpillars and even small snails along with a mixture of fruits and berries.
Eurasian sparrowhawks prey on blackcaps and their eggs and chicks are considered suitable meals for jays, magpies, stoats, weasels and squirrels.
7. A short-tailed bird with a long bill, 'Sitta europaea' is a resident breeder in Britain and throughout most temperate regions of Europe and Asia. A vocal bird with a repeated loud "dwip" call, it can most often be seen in mature woodlands with large, old trees, particularly oak. Which bird is this?

Also sometimes called a wood nuthatch, the Eurasian nuthatch can be found in large woodlands, parks, old orchards and other wooded habitats with mature trees. Nuthatch pairs breed in holes in large trees, often abandoned woodpecker nests.
The nuthatch eats mostly insects, particularly caterpillar and beetles, along with some nuts and seeds, beech and hazel being at the top of their preferred list.
Owls and weasels predate on nuthatches, whilst the common starling will often take over their nests, killing any chicks and destroying eggs.
8. Resident breeders in Britain and across much of temperate Europe and Asia, 'Sturnus vulgaris' is common in urban areas, where man-made structures provide ideal nesting and breeding sites. A particularly noisy bird with a gift for mimicry, has a varied but surprisingly unmusical song. Which bird is this?

Omnivorous, with a liking for a wide range of invertebrates as well as seeds and fruit, large flocks of the common starling are sometimes welcomed by farmers happy to see invertebrate pests controlled. When they feed on fruit and sprouting crops, though, they turn into pests themselves.
Manmade buildings and structures in towns and cities provide the starling with ideal locations for their somewhat untidy nests. They are also seen feeding in large numbers in feed in grassy areas such as farmland, grazing pastures, playing fields and golf courses.
One of the world's most common bird species, there are estimated to be in excess of 300 million starlings worldwide.
9. Sometimes called a stormcock, 'Turdus viscivorus' is noted for its loud and far-carrying song. Common year round in Britain and throughout Europe, Asia and north Africa, you will most often see him in open woods, parks, hedges and cultivated land. Which bird is this?

Feeding on a varied diet of invertebrates, seeds and berries, the mistle thrush has a particular taste for the fruits from holly, yew and mistletoe, hence its name. When times are hard during the winter months, the mistle thrush will vigorously defend a holly tree or mistletoe clump as a food reserve.
Mistle thrush nests are usually built against a tree trunk or in a forked branch, and are staunchly defended against predators. They can be found in most tree-rish habitats from forests and woods to plantations and city parks.
10. A resident breeder throughout Great Britain, 'Anthus pratensis' generally moves to the coastal lowlands for the winter months. Commonly found in pasture, bogs, and on moorland, it feeds on the ground but uses shrubs, fences or electricity wires as vantage points to spot predators. Which bird is this?

Closely related to wagtails and longclaws, the small meadow pipit is a widespread and abundant member of the pipit family. Its call is a simple and repetitive 'tsi-tsi' that can be heard even when it is in flight.
The meadow pipit has a preference for open habitats, particularly uncultivated or low-intensity agriculture areas. Its nests can be found at ground level, hidden in dense vegetation.
Old names for this species include chit lark, tit lark and titling, referencing its small size and similarity to members of the lark family.
Source: Author EnglishJedi 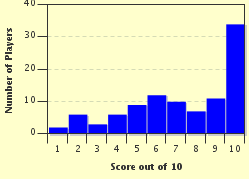