Kitties on the Catwalk Trivia Quiz

This quiz shows us various breeds of domestic (or possibly domesticated) cats. Can you recognise them?

Quiz Answer Key and Fun Facts
1. Now parading on the catwalk is a cat named "Spotted Mist". This shorthaired cat has a spotted fur with a hazy effect. In which country did this breed originate?

As the breed specifications nowadays also allow striped (marbled) furs, the denomination was altered from "Spotted Mist" into "Australian Mist". The Spotted Mist (or Australian Mist) is an excellent indoor pet, wanting many cuddles. It has a tendency of leaping into the lap of anyone sitting down - for inasmuch as these people can keep still, of course. Cats don't like to be disturbed, especially not when they have found a fine place. The Australian Mist is medium sized. It has a rounded head and expressive eyes. The breed was created in 1976 and has been recognised as a Champions Breed in 1986.

The question asked for a country of origin. Neither Antarctica (a continent without cats), Sahara (a desert) or Himalayas (a mountain range) would qualify.
2. Look at that kitty on the catwalk. It is a large cat with a brownish spotted coat, almost as if it were a miniature leopard. Which shorthaired breed is now parading?

The Bengal cat usually is quite large. Males can weigh up to 9 kg (20 pounds). They sport spots all over the body, including the paws. The most popular Bengals have spots in two colours, for example (on a cream background) dark brown spots surrounded by lighter brown. Some Bengals also have a shimmering effect in their fur. Bengals need a lot of attention. They're very active and follow you around. They don't mind getting wet, some are even reported to follow their human companions into the shower. The most expensive cat ever bought was a Bengal cat, which was bought for 41,435 USD in 1998.

The other cat breeds mentioned in this question have fur in one single colour: grey for the Russian blue, brown for the Havana cat, and dark brown for the York chocolate cat.
3. Now parading on the catwalk is a Bombay cat. Which colour is typical of the Bombay cats? Don't be too superstitious.

There are in fact two different breeds of Bombay cat. The British Bombay is a shorthaired cat with copper to green eyes. The American Bombay (a shorthaired crossbreed) has golden to copper eyes. Both of these Bombay cat breeds have a satin-like jet black coat. The hairs of their furs are intensely black-coloured, without paling. Stroking them feels like touching pure silk.

The character of the British Bombay cat is not documented. American Bombay cats love indoor life and don't mind living in an apartment. They love to be cuddled and reward this with boisterous purring. (One source states that a purring Bombay can be heard up to fifteen yards or fourteen metres). Bombay cats are very affectionate. Some like to follow you wherever you go (heeling very closely), others will prefer sitting in your lap or around your neck.
4. Another cat ascends the cat walk. Now is the time the Dragon Li parades, a wild cat breed that can be domesticated. It has a golden - brown tabby pattern. Where does this breed come from?

The Dragon Li has quite recently been developed into a breed standard. First recognition of this breed dates from 2005, whereas the cat was first shown on international competitions in 2003. It has strong legs and makes a muscled impression. Its large eyes are yellow or green (the typical colours of many cat breeds' eyes).

It makes a fine companion, but one is advised against taking a Dragon Li into an house with very young children. Dragon Li cats need a large territory (an apartment won't do) and can use a light brush once a week.

The name is a fair indication of this cat breed's descent. The Dragon Li indeed comes from mountainous regions in China. The name Li is quite common to these countries.
5. On the catwalk there are now some kitties related to the well-known Siamese cats. Which of these breeds is closely related to the Siamese?

The Siamese have a cream body fur with points at the tail, the paws, the muzzle (face) and tip of the ears. Only four colours are allowed for these pointed areas: seal (dark brown), blue (cool grey), chocolate (light brown) or lilac (pale grey). The colours mentioned between brackets are what ordinary people would call them, but cat breeders prefer the names outside the brackets. The Siamese are shorthaired cats. The Javanese cats are longhaired relatives of the Siamese, and they don't qualify for the strict colour patterns the Siamese sport. Instead, most of the Javanese cats either have a single colour (one of the variations of a Siamese point) or are striped or spotted.

Javanese cats like to play with toys and other cats, and are notorious for commenting in a loud voice on everything happening around them. Aegean cats are quite common in Greek islands. Their semi-longhaired fur contains white and one or two other colours. Abyssinian cats have usually a solid ruddy, medium-haired fur (reddish brown). The Chartreux cat, a French breed, sports a blue shorthaired fur.
6. The next kitty on the catwalk is a Kurilian bobtail. What is the decisive trait to tell one Kurilian bobtail from the other? This feature is as individual as human fingerprints.

Whereas all cats from the same breed have very slight differences in fur pattern or voice, the distinguishing character of the Kurilian is its tail. This breed comes from the Kurilian islands and Sakhalin, and has a short tail. The difference between the tails is important enough to recognise any Kurilian bobtail. Some tails have one or more kinks.

It is a rather heavy cat breed, although on first sight it looks like any medium cat. They sport a silky shorthaired or semi-longhaired fur, that can come in different colour variations. The Kurilian bobtail (as many other breeds) has a preference for elevated resting places, where it can oversee any activity. They're very intelligent. Some resources mark that Kurilian bobtails understand immediately what is allowed and what not, but my experience with any breed of cats is that they will inevitably do as they please - even if they know it is not permitted.
7. Now parading on the catwalk is a cat with deep blue eyes. This cat breed was named after this distinctive feature. What is the name of the breed?

The Ojos Azules is a breed originating in Mexico - hence its Spanish name. These cats can be shorthaired or longhaired and sport any colour pattern, but all of them have intense blue eyes. Some other breeds can also have blue eyes, but with some genetic deficiency (deafness, strabismus (squinting), even cranial deformities). The Ojos Azules don't have any genetic deficiency paired to their unusual eye colour. Ojos Azules prefer living indoors. They don't mind living in an apartment (to which most cat breeds might object). As all cats, they disapprove of too much noise (for instance very active young children, loud music, barking dogs).

Peterbald is a Russian cat breed prone to hair loss. Most adult Peterbalds are, as the name says, quite bald. This breed was very popular in and around Saint-Petersburg. Odd-eyed is not a cat breed. It refers to the trait of having differently coloured eyes (a trait that some cats, some other animals and some people can show). Frank Sinatra, well-known for his blue eyes, has not given his name to any cat breed.
8. Here on the catwalk is a very famous longhaired kitty. This medium sized cat has a wide, round head with a shortened muzzle. It can sport any colour of fur. What is the name for this breed, reminding us of the old name of a Middle-Eastern country?

The Persian is the only longhaired of these four cats. It has a silky coat that needs to be groomed daily. You would also need to give the Persian cat a bath (which usually is quite a burden with other cat breeds, but once a Persian is used to bathing, it won't object anymore). Persian cats also need regular cleaning of the eyes, for their thick fur can hamper them to keep their eyes clean. Persian cats usually are odd-eyed, orange-eyed or blue-eyed. The blue-eyed ones tend to be deaf. Most Persian cats are quiet companions. They love to relax and sit in one of their favourite spots (perhaps just the seat you were about to use). Occasionally they'll raise their voice and comment on what's going on, but mostly they communicate with their facial expressions only.

The Egyptian Mau is a shorthair and probably the common ancestor of all domestic cats. The Serengeti cat is still a developing breed. It resembles closely to the Bengal cat and sports many spots. Tonkinese shorthaired cats have about the same colour pattern as Siamese cats: a lighter body and darker tips at the face, paws and tail. However, the best choice for exhibition are the mink Tonkinese, with a moderate colour difference between the torso and the tips.
9. Now on the catwalk is a new breed, the Savannah cat. What is the abbreviation for the Savannah International Members and Breeders Association?

The Savannah cat is a crossbreed between domestic cats and the Serval. Typical traits remind us of the Serval: long pointy ears, a slender elongated body, a spotted coat. TICA (The International Cat Association) has recognised this breed in 2001. Now TICA considers the Savannah cat as an advanced new breed, that may become eligible for championship shows after 2010. The Savannah cat originated in 1986. Twenty-four years later, about two hundred Savannah cats are registered. The breeders specialising in Savannah cats have formed the SIMBA association (full name mentioned in the body of this question). It is a very active cat. It will not usually crawl into your lap, but instead follow you around wherever you go. Head butts demand for immediate cuddling and stroking.

For those of you who don't get the hint: Simba is the title character of Disney's movies "The Lion King" and the musical based upon these movies. Simba derives his name from the Swahili word for 'lion' and the Shona word for 'power'.
10. On the catwalk there is a Sokoke cat, also named Khadzonzos cat. A third, less used, name refers to the continent they come from. What is the third name of this breed?

The Sokoke cat lives in the Arabuko-Sokoke Forest near the Kenyan coastline. The local tribe has given it the name "Khadzonzos", meaning "Looking like tree bark". The Sokoke has a tabby shorthair coat, in which the stripe patterns do remind us of the patterns on birch bark.

These cats have an athletic appearance with long legs. Although their body seems slender, they have powerful muscles. The standard colour is brown with black stripes, but occasionally a solid black Sokoke cat is seen. They're intelligent, curious, peace-loving felines (as all cats, I might add).

They tend to be moderately active and develop a strong bond with the household they live with. If a Sokoke chooses you as their companion (don't ever think you own a cat - cat people know what I mean), you're bound to spend much time on them. The other breeds mentioned here do exist as well, but are not named after a continent.
Source: Author JanIQ 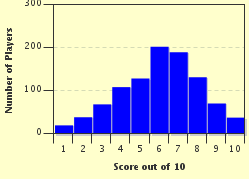